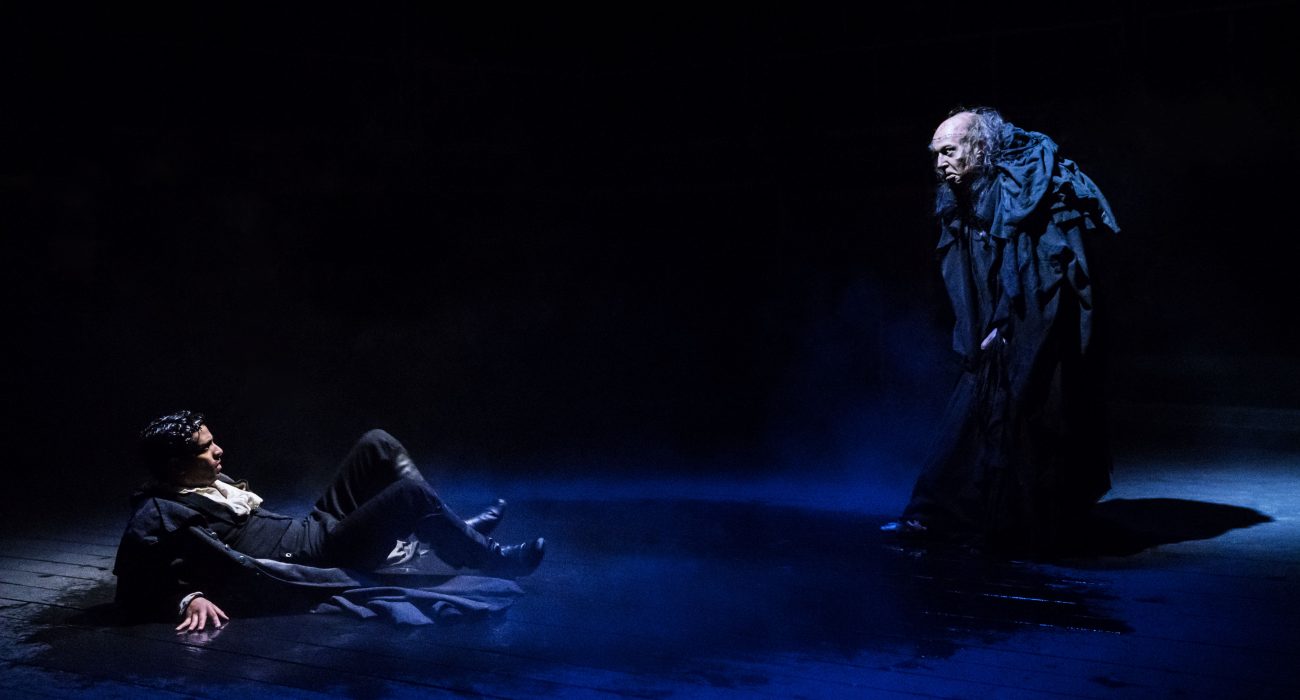 Director Matthew Xia reinvents the classical story through an unsettling journey that presents modern complex issues, like those of identity, responsibility, ambition, society and superiority.

The play invites the audience to step into Victor Frankenstein’s feverish nightmare.

It begins as Mary Shelley intended, set on a boat as Captain Walton writes to his sister Margaret. Alone and friendless, when the Captain comes across Victor Frankenstein he is more than delighted to have a friend.

Wretched and barely alive, Victor recounts the tale of his young ambition for life and knowledge thus revealing himself to be a murderer, and a creator.

The movement of the play was like that of a roller coaster, at the times the play fell a little flat, only to jump back – by literally making you jump.

Lighting designer Johanna Stone did great with the composition of posing the effect of the strobing lights against the use of natural light derived from a fire.

Frankenstein’s Creature was brought alive with vivid lightning bolts and eerie blackouts, and this only made the performance more captivating.

The presentation of the dream sequences during Frankenstein’s fever and the double action on stage heightened the audience’s reaction and constantly kept their attention on stage.

The use of sound and music was spectacular and had a main role in making the audience jump.

The Creature, covered in a dark cloak till the ending revelation, is made up of gruesome stitched flesh and white eyes.

The revelation of the monster’s body emphasises the broken creation of the being and his anguished recollections horrify the audience, thus making it easier to empathise with this tormented creature than with Frankenstein throughout the play.

Shane Zaza as Victor Frankenstein was wonderfully played, he truly captured the manic and madness of Frankenstein’s guilt, his thirst for knowledge in all his expressions and movements.

His performance was truly one to be commended. However, Harry Atwell stole the show. His characterisation of a broken man, with no knowledge of the world, was both horrifying and humanising.

Ryan Gage as Captain Walton was amazing, especially with the comic touch which kept his character relatable and often mirrored what one would expect to be the audience’s reaction.

Overall, Xia’s production was a visually stunning and captivating play. The sense a thriller was being played out hit the audience due to the use of lighting, colour and music.

The play surely invites you to step inside Frankenstein’s nightmare, but it makes you question and decide as to whom the real monster of this nightmare is. Is there more than one monster?  How do we define a monster?

Frankenstein runs at the Royal Exchange 9 March – 14 April. Tickets can be purchased from here.