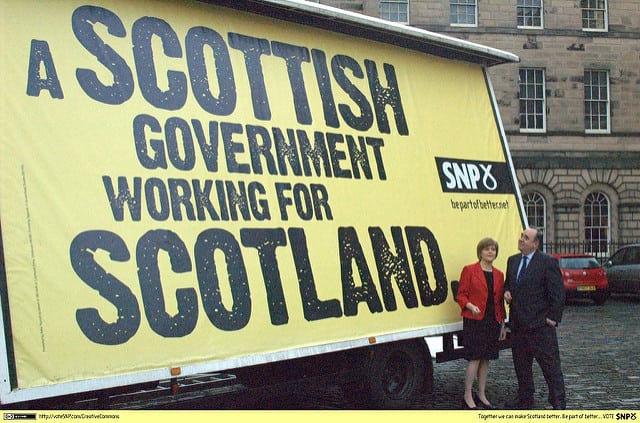 Just two years ago, the Scottish National Party seemed unstoppable and unbeatable. How things have changed. While the SNP is still governing Scotland and remains its largest political party, it faces challenges on every front.

Nicola Sturgeon’s push for a second independence referendum in the aftermath of the UK’s decision to leave the EU backfired, as shown in the 2017 General Election. The SNP lost a third of its seats to resurgent unionist parties, notably the Scottish Conservatives, despite the Conservatives losing their overall majority in Westminster.

The SNP, like the Conservative government in Westminster, is a government incapable of governing. After being in power in Scotland for so long, we should prepare ourselves for a Scotland without an SNP government — it is something we should look forward to.

Since coming to power in 2007, the Scottish Nationalists have pushed their pro-independence stance at every opportunity rather than actually governing Scotland properly. After 11 years in power, Scotland’s education system is falling in standards, and the SNP’s reliance on North Sea oil has led to poor economic performance compared to other parts of the United Kingdom.

To put this into perspective, if Scotland were to become independent, it would be in a worse financial position than Greece and would therefore be barred from entering the Eurozone. With a budget deficit three times higher than that of the UK average, the SNP has hardly painted a great picture of its record in government. If anything, the SNP have shot themselves in the foot, by managing Scotland’s economy so poorly that it makes the prospect of independence even more difficult to achieve and increasingly unlikely to happen.

The SNP however has been extremely successful at covering up these facts using populist and nationalist rhetoric. To maintain support amongst the Scottish electorate, they blame Westminster and the UK national government for the vast bulk of Scotland’s social and economic issues.

The scapegoat is disingenuous — in Scotland, the SNP have cut funding to certain social welfare programmes and certain sectors of the economy in order to reduce Scotland’s deficit and invest in other sectors of the economy and society. Unlike other separatist and independence movements in Catalonia and Padania, Scotland’s independence movements lacks a successful economic base to launch an independent functioning state.

Perhaps, the most ironic and significant legacy of the SNP’s governing of Scotland is the resurrection of the once extinct Scottish Conservative Party. After decades in the political wildness, they have returned with a spring in their step. While the Tories faced losses in England and Wales last year, in Scotland they gained 12 seats (up from one seat in the 2015 election).

The SNP decision to try and push through another independence referendum backfired and unleashed the wrath of Ruth Davidson upon them. In the Tory surge, both former SNP leader Alex Salmond and the SNP Westminster leader Angus Robertson lost their seats as the Scottish Conservatives made an unlikely political comeback. The people of Scotland have put up a clear resistance to a proposed second independence referendum.

If recent polls in Scotland are to be believed, Scotland is no longer a democratic one-party state —  it has become a three-party state. The Tories, Labour, and SNP are now vying for first place. The SNP’s poor record in government after such a long period of time could potentially be the factor that brings it down. After nearly 12 years in power, time is running out for them.

While Brexit at first provided Scottish Nationalists with an opportunity, it now seems to have provided them with a dilemma: it has made their government seem incapable. While attempting to try and protect Scotland’s interests, Nicola Sturgeon has made herself appear weak by being difficult during the Brexit negotiations. She has in fact been seen as an opportunist pushing through her own nationalist agenda and making the situation facing the UK even more difficult and stressful.

The fact that Sturgeon and the SNP have backed down from a second independence referendum shows how that support for the party has plummeted. This is particularly incredible when one considers the first independence referendum in 2014. Four years ago, the SNP gained both traction and momentum and were hugely supported by the Scottish public. Now they face losses on all fronts.

It is clear that either Labour or the Conservatives will soon replace the SNP in governing Scotland. This is not a bad thing. Change, after almost a decade of one party rule, is necessary for any thriving democracy. With Brexit on the horizon, the UK must be united in the face of the many difficult challenges facing us, and not in the interests of the SNP, who see Brexit as an opportunity for Scotland to break away. The decline of the SNP is not insignificant. As a result, Scotland faces a very uncertain political future. 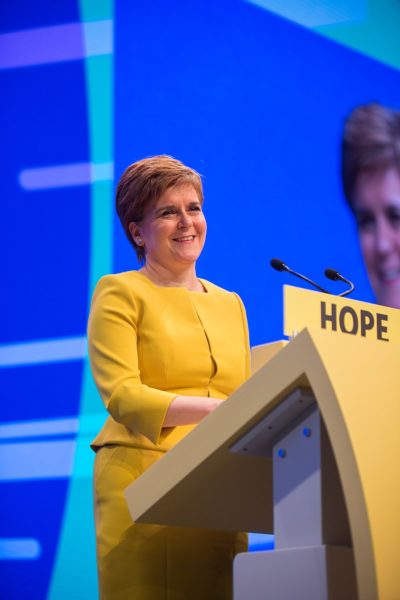