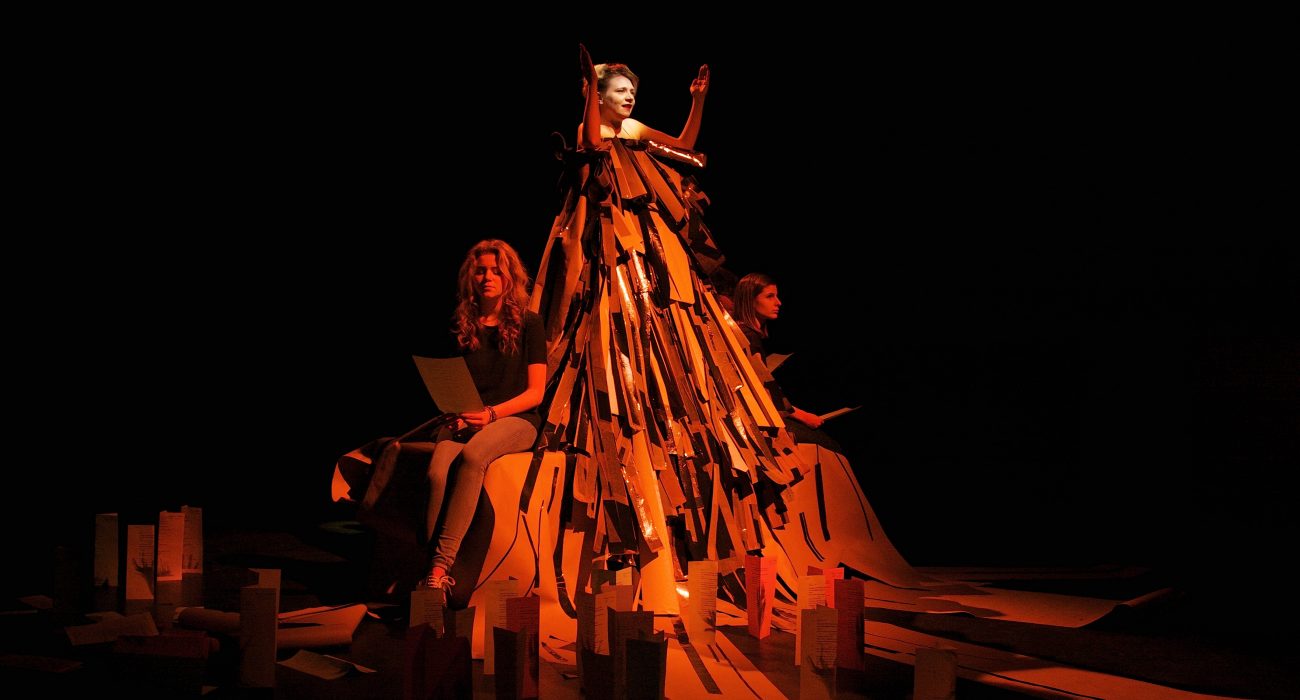 If you have time to see just one exhibition from Manchester’s Wonder Woman Festival 2018, I strongly urge you to wander into Castlefield Gallery, which hosts the works of newly commissioned artists Ruth Barker and Hannah Leighton-Boyce.

Barker, an artist based in Glasgow, depicts her quotidian experiences first and foremost as a mother of two. However, her work is underpinned by much larger stories, as she explores the unconscious internalisation of ancient myth and the experiences of a working-class woman in contemporary Britain who refuses to let motherhood define them.

Rather similarly, Leighton-Boyce, a fellow Mancunian, explores historical narratives and the quotidian in a refreshingly different way — with her medium of choice being salt, and its variety of forms.

It is no coincidence that the premiere of this exhibition fell on International Women’s Day, and that 2018 marks the centenary of The Representation of the People’s Act. Exploring the narrative of women “coming together, the exhibition proved to be an astonishingly beautiful celebration of ‘herstory’.”

The small size of Castlefield Gallery complimented the personal nature of Barker’s artwork that you will encounter on the gallery’s upper floor — a photographic self portrait of the artist breast-feeding her child entitled Speech (2018). What makes it even more personal is the fact that Barker admits to having exposed the photographs to the elements in her very own garden.  Speech is a strong statement which refuses to conceal Barker’s identity as a mother. Despite being weathered by the elements, Speech is a bold depiction of the everyday woman, who like the oeuvre itself, survived the tempest that is life.

Situated abreast Speech is Leighton-Boyce’s More energy than object, more force than form (2018), an eye-catching arrangement of saltwater batteries immersed in one hundred glass jars in concentric circles. The arrangement is connected through electrical wires that power the artwork’s nucleus — an LED pendant. This series explores the energetic property of salt when immersed in water and is a manifestation of the idea of ‘strength in numbers’. From the artist’s perspective, the jars containing saltwater represent the “blood, sweat and tears” — in other words the struggles — that women have overcome throughout history, struggles that she perused during her archival research in Salford.

It was rather easy to miss Leighton-Boyce’s Persistent bodies (2018), which one might have been unaware of when descending the stairs leading to the lower gallery. Despite its unfortunate positioning, Leighton-Boyce excels, yet again, in exploring the multi-formity of salt. This time in a cast, cylindrical form. Her use of salt as a metaphor for preservation culminates in this final piece which takes us back to the Book of Genesis with a reference to the fate of Lot’s wife, whose body was turned into a pillar of salt as a consequence of her disobedience (Genesis 19:26).

Barker also delves into the ancient world with Victory (2018), a large papier-mâché female torso akin to the esteemed Winged Victory of Samothrace (circa 200-190 BC). Like her successor, Victory is missing both her head and arms and possesses an awe-inducing stance. Made of brown packaging paper and tape body cast and adorned with pearlescent paint, Victory dominates the dimly lit room. So much so, that it borders on eclipsing her other pieces of work, Thought Forms, V and Mask (Yellow), and Mask (Blue), that sit in her shadow.

According to Barker’s curator, Beatrice de Sousa, the pearlescent paint is directly inspired by the artists day-to-day art with her children, that often includes use of “glitter crayon”. The glittery adornment could even be seen as a sort of sash of motherhood, her figure wears it with pride.

Towards the end of the exhibition’s premiere, Barker graced her audience with a spoken-word performance of If this is the last thing I say, a work through which she discusses her anxieties around motherhood, illness, and mute-rendering trauma.

If there is a strong thread between Barker’s poetry and the classical world — it is that of female voicelessness. Namely Ovid’s Philomena, who, rendered mute by her perpetrator, overcame her inability to denounce her injustice verbally by means of art. Barker admits that the tale of Philomena in Ovid’s Metamorphoses is one that she “knows quite well,” yet “wasn’t consciously thinking about” at the time of writing. Her unconscious allusion to this common phenomenon felt by women opens up a reflective and much-needed dialogue.

Barker, whose performance included the line “I look towards the darkness / and it looks back” ended the event on a celebration of strength in the face of adversity, a feat which men and woman alike may identify with.

The exhibit is on at Castlefield Gallery from the 9th March — 29th April, touring to Glasgow Women’s Library 01 February — 23 February 2019. It was co-commissioned with the University of Salford Art Collection.