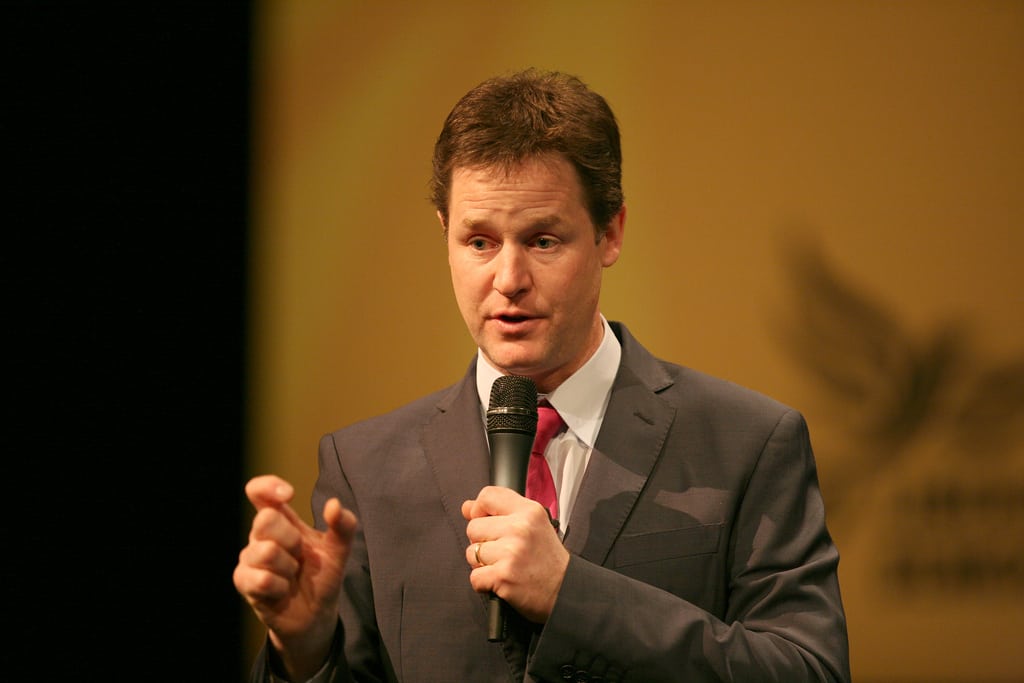 A bin in the Students’ Union building could be named after former Deputy Prime Minister Sir Nick Clegg.

A motion has been proposed for the SU Senate on the 22nd of March to name a rubbish bin on the ground floor of the SU building after the former Liberal Democrat leader.

The number of rooms available in the SU building to name after important figures is decreasing, the motion claims, following the re-naming of Academy 2 to Academy X at a Senate earlier in the year as a tribute to human rights activist Malcolm X.

The policy proposal reads: “Sir Nick Clegg’s actions have caused significant impact on the students of Manchester. He helped usher in £9000 tuition fees which has helped us to focus our minds on us being consumers of a product, the “student experience”, “employ-ability” and seeing higher education as a marketplace where unprofitable courses, or those teaching ideas not necessary for the marketplace are closed and those who teach them sacked.

“Sir Nick Clegg’s actions have caused significant impact on the political landscape of Manchester. Before he was Deputy PM, the Liberal democrats had 1 MP in Manchester and a third of the councillors. Now they have 1 councillor.

“This Union believes…naming a rubbish bin after Sir Nick Clegg would be a suitable tribute to his impact on the
student experience.”

Nick Clegg has so far not responded to requests for comment.

Two other motions have been proposed for the upcoming Senate.

One motion has been proposed to that states that “Fuse FM should have a dedicated space at every Pangaea festival.”

The proposal argues that this was a past successful policy and that it would continue to strengthen the bond between the Students’ Union and student media.

It notes: “Their theme for the room, will, like everything else, go through the Pangaea committee for approval. However, they will be in charge of the musical offering and decoration. This would ensure that current students at this university get a prime space to demonstrate their skills and dedication to Union media.

“UMSU has given priority to external groups and promoters in the past, to the detriment of current students.”

The other motion relates to The Mancunion and proposes created a separate dedicated team to focus on print and online respectively. The online team will work on a day-to-day basis creating and uploading content for The Mancunion website, whereas the print team will design the paper at the end of the week.

The proposal argues that “The Mancunion’s current working structure is outdated and not fit for purpose.”

It notes: “At the moment we are struggling to keep up with our competitors, such as The Tab and the MEN as our news cycle does not always allow for an immediate response.

“As a publication, we should be responsive to news and events and give updates to students in a timely fashion. Working week by week currently does not allow us to do that.

“We also believe that The Mancunion should be modern and accessible for all students. Lastly, we think that this restructure will encourage more contributors to join, particularly those interested in design and news.

“The final product will largely remain unchanged, in that we will have 20 issues a year with 32 pages in each issue. However, the proposed restructure will allow the quality and quantity of content to drastically improve, thereby giving our readers improved value.”