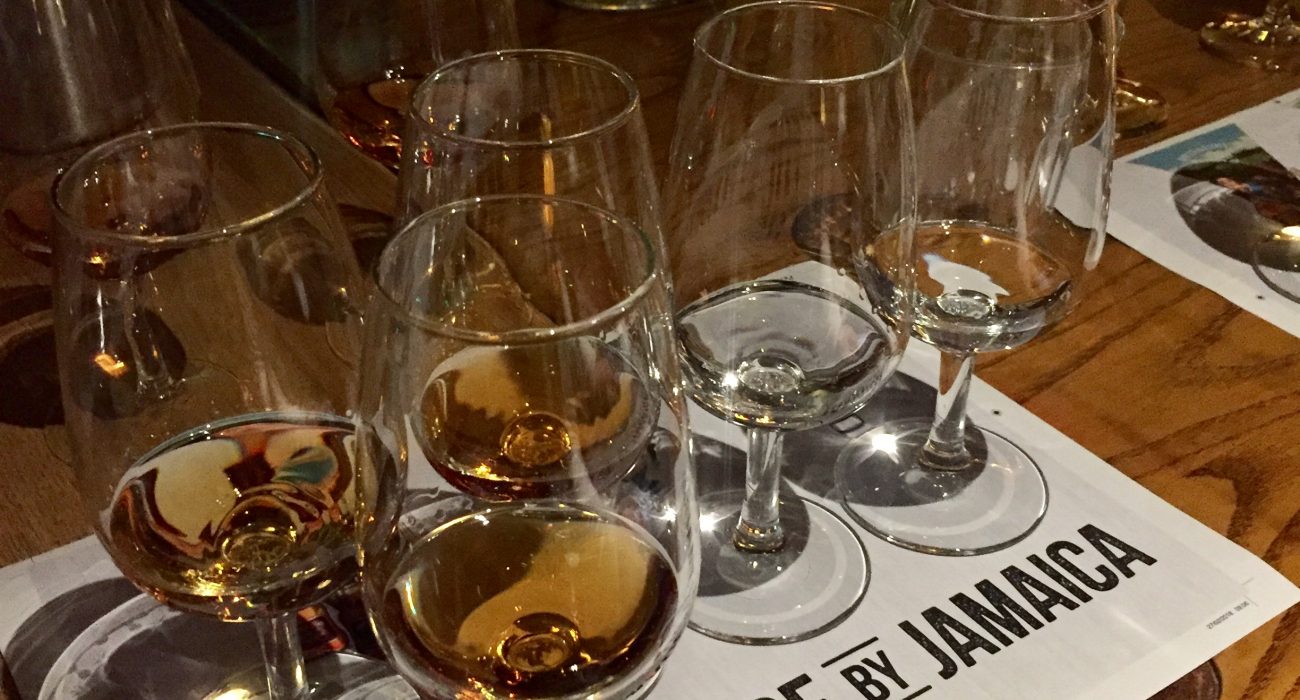 This week I was fortunate enough to be invited to Turtle Bay Oxford Road, to try a sample of their extensive – and I mean extensive! – rum collection. As someone who occasionally orders a rum and coke on a night out I must admit my knowledge about the spirit was limited. However, as a big fan of Turtle Bay’s happy hour, I could not give this opportunity a miss.

Turtle Bay’s rum collection is sourced from all over the Caribbean, from St. Lucia to Cuba to Jamaica and Bermuda. I was surprised to learn that there are many different rum types depending on where the rum is distilled, and Turtle Bay serves a whopping 40 varieties! The menu is split into four categories – good, better, best and fabulous – so that customers can decide which sort of rum they want to sample.

Upon arrival we were greeted with one of their most popular cocktails, the Reggae Rum Punch. Having tried a traditional Rum Punch in the Caribbean before this was a really nice twist to the classic citrus flavours, with the addition of strawberry and pomegranate.

Although we were there for the drink we were also offered some light bites from the menu which included some delicious panko coated okra fingers, crispy whitebait and beef pattys. Despite having been a bit disappointed with the menu on previous visits, this selection of starters certainly won me over.

As someone who is used to drinking Rum with a mixer I was pretty apprehensive about drinking all of these samples straight. However, I was amazed to find that despite them all being the same type of spirit, they tasted very distinct from one another and really embodied different flavours and aromas.

My favourite was the Plantation Pineapple which had pineapple notes running through it and was actually enjoyable to drink on its own. There was a significant lack of agreement amongst the group with regards to which rum we liked best which really demonstrated that different rums suit different palates.

Following this taster, we were presented with a Rum Sharing Board that Turtle Bay sell at a starting price of £14.50. You get four different rums to try and your choice of mixer, we opted for Ting (a popular carribean soft drink). This mix went down very well and we were happy to learn that the ‘Ting Wray’ cocktail (Ting with Wray and Nephew) is one of their most popular cocktails.

As someone who did not know a lot about rum before the night, I left feeling a lot more informed. And perhaps this knowledge is becoming important as Rum sales topped Gin last year. Whether you are a rum lover or not, with a happy hour that starts at 11.30 am and runs until 7pm only to restart at 10pm on weekends, Turtle Bay is definitely the place to try it out.