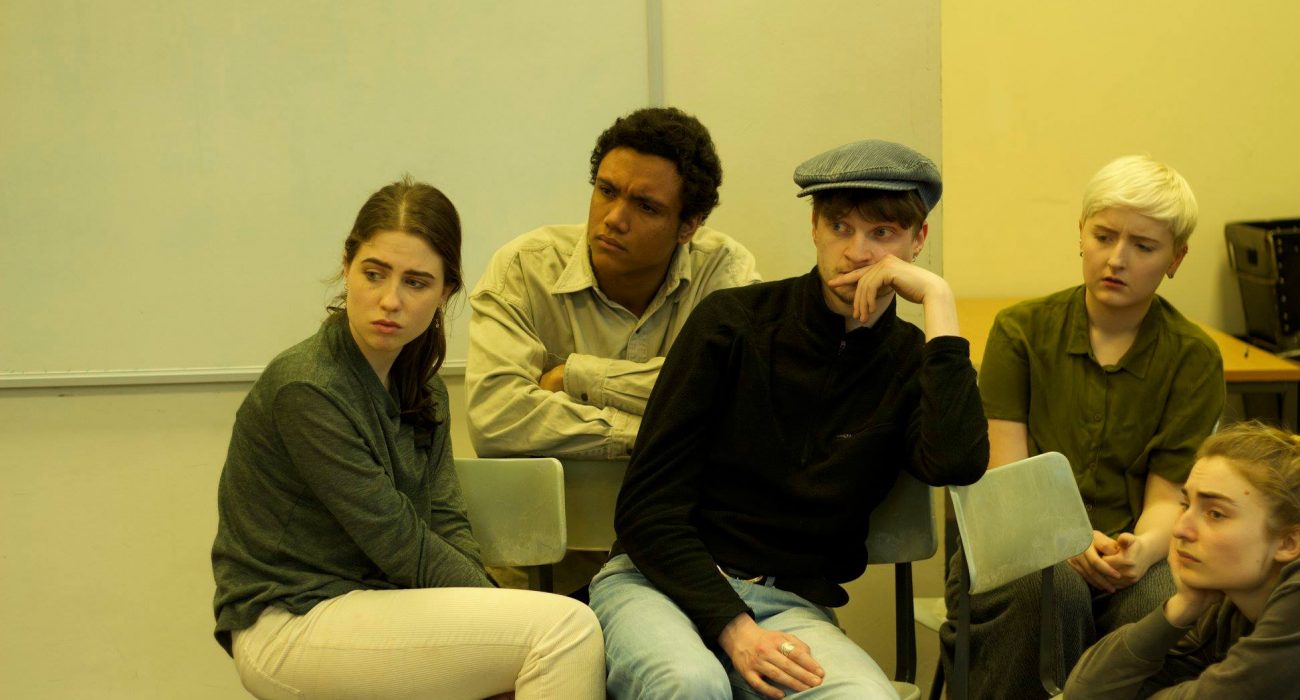 An unknown place and six unknown people; this is the premise for Martha Treves’ Myopia. The final piece in this MIFTA season certainly didn’t disappoint – flowing easily between tension and humour, the piece captured my attention from start to finish. The preset was understated and really set the tone for the rest of the piece. With all cast members sitting on chairs facing outwards towards the audience in a semi-circle, the various stages of stillness and agitation had me intrigued before I’d even taken my coat off. With this I have to mention the use of the chairs throughout the production: the transitions from scene to scene were impeccable with the chairs only adding to the piece rather than detracting from the action. The physical use of the chairs, with the ensemble rocking back and forth while inhaling and exhaling was visually engaging and tied the piece wonderfully to its ever present theme of the air tightening.

The entire production was flawless; the music, thanks to Dom Gowland, perfectly created this world that we as an audience were observing and even the trams rumbling above 53two, which are usually a nuisance, added to the overall effect of the world created in the piece. The lighting and transitions were handled perfectly, creating a wonderfully dystopian feel to this unknown location.

I have to say that all the cast worked together incredibly well; however Rory Calland and Holly Willmott really stood out for me, even in moments of stillness or inaction I couldn’t stop watching their character’s relationship slowly develop throughout the play. Calland in particular often provided small moments of comic relief in an otherwise intense show. Daisy Shuttleworth also inhabited her character seamlessly developing throughout the piece, in a gradual build to her final monologue in which we as an audience are made to feel helpless.

The writing for me was strongest both at the beginning and end of the piece; I felt that there perhaps could have been more of a build up to each member having to leave to place, although I was still hooked by the plot. The physical aspects of the production were superbly put together and really worked to great differing relationships between the characters and the space they were inhabiting.

As the final MIFTA I think Myopia did well to round off a diverse season to a high standard.