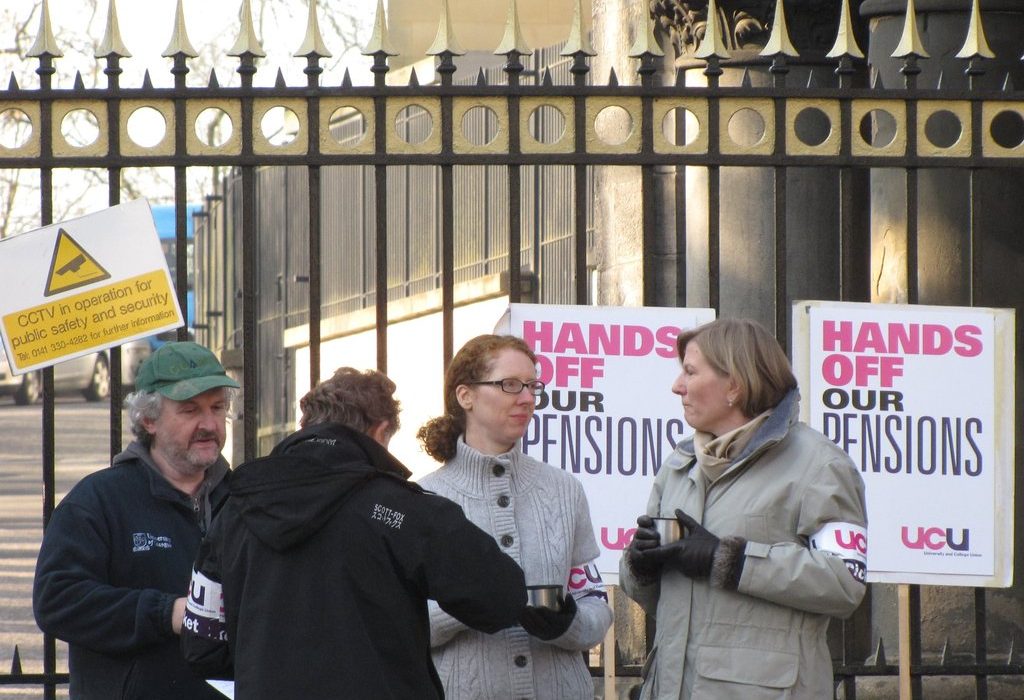 Academic disruptions have been felt throughout the country over the course of the last few weeks. The University of Manchester has been no exception. With staff unionisation varying across different departments, not all students have been equally affected. Nevertheless, there seems to be a strong sentiment of dissatisfaction across campus.

The strike action was organised as an escalation of the dispute between Universities UK (UUK) and University College Union (UCU), primarily concerning a recalculation of staff pensions which would see them tied to market fluctuations. With 14 days of class cancellations spread across four weeks, significant portions of the spring semester have been affected.

Political positions among students on campus differ. Although a large majority of students stand in solidarity with lecturers, some do not. Some believe they deserve tuition refunds while others reject the education-as-a-commodity narrative this creates. That being said, a general discontent seems to be a prime commonality.

As has been the case time and time again throughout history, dissatisfaction has birthed a response. On the afternoon of Monday the 12th of March, a few students and myself got together and decided to take matters into our own hands. Tired of being victimised and powerless by a dispute they had no stake in, waiting passively for our fate to be sealed just wasn’t satisfactory. We wanted to at least attempt to voice our concerns. Out of this sentiment, ‘Take Action! UoM’ was born.

If I’m being honest, we didn’t expect much to come out of it. Personally, I thought at most that we would create a Facebook group comprising a portion of the students in MA Politics pathways. I was wrong.

What started with an open letter to students — essentially asking them to copy-paste a drafted letter of discontent to Vice-Chancellor Rothwell — turned into a platform for student voices. Membership grew much faster than expected, with the work week closing with over 450 members.

While there is no way of telling for sure, I attribute the majority of the response to, in my opinion, the frankly abysmal communication structures in place at the University of Manchester. Neither the Students’ Union nor the University of Manchester managed to supply the student body with clear updates. Students knew very little about what was happening and what few things were known, were essentially rumours with very little credibility.

‘Take Action! UoM’ was, as such, not just a place where people could voice their views and frustrations, but also a place where they could access live updates regarding the strike. While that is still very much the internal structure of the group, it has also now developed an outward response.

Students may have not had a stake in the strike dispute, but we were undoubtedly affected. Being unhappy with both the University and the Union, a message was formed. We wanted to create a response that is not limited by the politics within the SU, that came from students directly, and that was coherent in its demands.

What we developed can be boiled down to four pillars: productive financial compensation, useful academic mitigation, transparent communication, student input.

The strike may not have been our dispute. The aftermath very much is. As the conversation is shifting, it is imperative that students are treated not as unknowing consumers, but with the respect they deserve. It is essential that the plans going forward are made with student well-being as the central objective. Any plan put in place to this end must be informed by those genuinely impacted and it is up to us to demand it.

If you feel disenfranchised by the narrative so far, if you have questions about what exactly is happening, if you want to engage with other students, if you want your voice to be heard, we are here for you. We are creating points of contact within both the SU and the university, while also starting coordination with other similar movements across the country. None of us are professionals. We are just students that are tired of being invisible.

Want to have a stand? Join our open meeting at Squirrel’s Bar (M14 6HX) on Thursday 22nd March 2018 and bring your friends along. You’ll have the opportunity to meet people in a similar situation to yours and share your views and experience. And most importantly, you’ll get a chance to make a difference and make our movement impactful!

If you can’t make it, most of our organisation and communication goes through our Facebook group (link below). Additionally, you can read our letter of demands and add your name if you agree with our principles.

Have your voice heard! Take a stand! Take action!