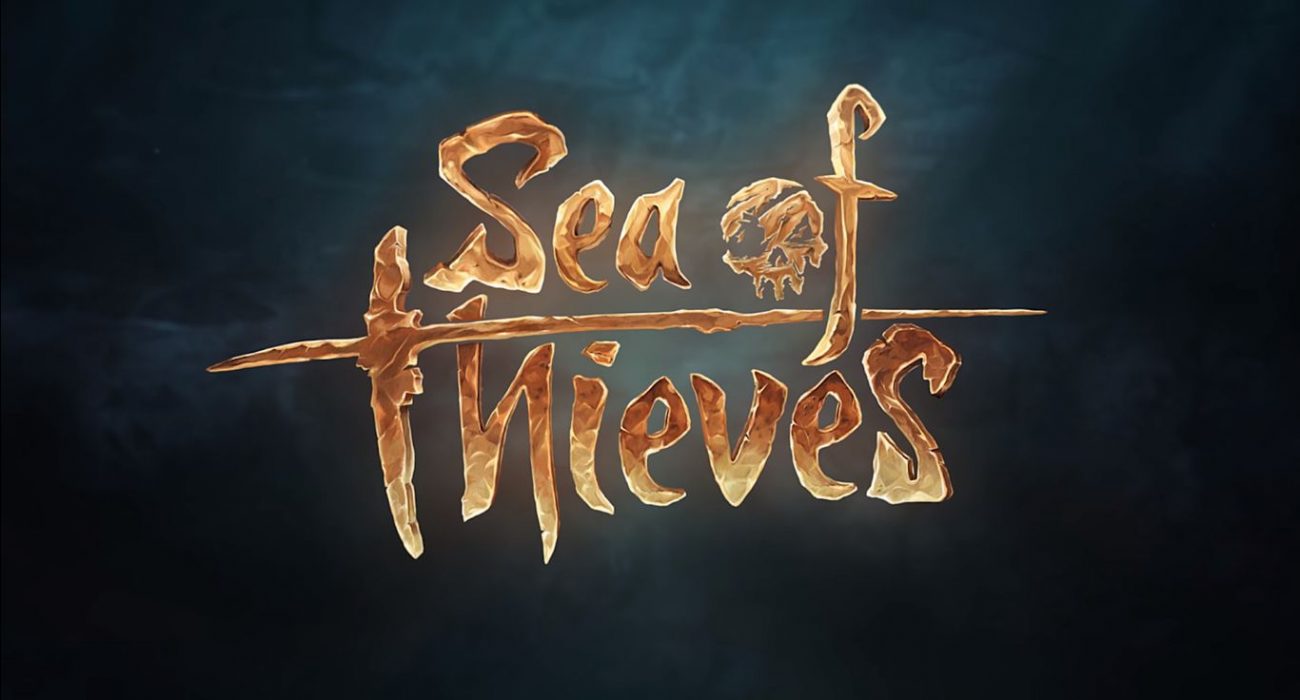 My crew are raiding an island fort, taking out skeletons like professional pirates. We spot sails in the distance, and rush to our ship to give chase and claim us some loot. Only, that boat is actually ours, and some other players have raised our anchor and set our ship adrift, leaving us stranded. Shiver me timbers indeed.

It’s moments like these that make Sea of Thieves such a laugh. Rare have really captured the thrill of pirating, and an open-world co-op sandbox is the perfect setting for it. Sailing around as a crew is immensely satisfying, for various reasons. From performing sea shanties together, to pillaging islands for treasure and most excitingly, ship-to-ship combat.

Getting drunk together is also hilarious, as if you down too many mugs of the ominously-vague ‘grog’, you’ll throw up. If you catch your sick in a bucket, you can throw it at your friends (or enemies) to temporarily blind them. What’s more, being covered in your sick makes them sick too. It’s gross and admittedly gratuitous, but it’s fantastic, rambunctious fun.

My crew’s PvP tactic was as follows: 3 crew-mates unleash a cannonade of doom from the ship, whilst a fourth team member smuggles a barrel of gunpowder on or beneath the enemy ship, before blowing them sky-high. Then, in the destructive aftermath, it’s all hands on deck as we steal as much of their hard-earned treasure chests as we can.

The regular raids are also a guaranteed slaughter-fest. Every once in a while, a skeleton fort will be lit up by an ominous skull-shaped cloud, alerting the whole server to the prospect of getting rich. At these events, you must defeat several waves of various types of skeleton and then a boss, which rewards you with large amounts of treasure. Naturally, when these events appear, most crews flock towards them, making them exhilarating PvP hotspots. My crew took on (and defeated) five or six different groups during one of these events, and it was some of the tensest fun I’ve had in a while. By the end, our boat was riddled with boarded up cannonball holes and depleted of supplies but most importantly, we had won, and we were rich.

However, this is where Sea of Thieves needs improvement. The only items you can spend money on are cosmetics for your pirate, your weaponry or your boat. Admittedly, giving your pirate an eyepatch, peg leg and a hook arm is awesome, but after a while having nothing to spend your money on but cosmetics feels like too much hard work for too little a reward. Some items are expensive, too. A new sail or hull pattern for your ship costs at least 70,000 gold, which takes quite a few hours to grind. I’m not against grinding, in fact in some games I enjoy it, but in Sea of Thieves, it didn’t feel worth it just for aesthetics.

The game’s main ‘boss’ is an enormous kraken who will attack your ship at random, and he’s a tough fight. You’d probably expect some epic loot from such an endeavour — a few thousand gold perhaps, or maybe a title, but no. There is no reward for killing the kraken, arguably the hardest task in the game.

The lack of content really is the biggest issue with Sea of Thieves. There are only two boats. Why not add man-of-wars, frigates and triremes, each with their different advantages and disadvantages in naval combat? Indeed, the world needs more activities too.

As it stands, you have four main money-making activities to do: find buried treasure, kill undead pirate captains, kidnap animals and do raids. What this means is you can experience all the activities the game has to offer in 2-3 hours, if you so desire. They should implement additional features like fishing or placing bounties on murderous players and hunting them. Rare themselves have said the possibilities are endless with this game. So why are there so few at launch?

It must be said that Sea of Thieves has a beautiful art style. Simple yet charming terrain and character textures, mixed with some of the best water textures and physics I’ve seen in a game. On a clear day, the sea really is gorgeous. During storms, the waves get choppier and the skies darker, and it creates a truly grim atmosphere that’s a joy to experience.

Image: Rare. A beautiful sunrise over the rolling waves

A small issue for me, but perhaps a greater one for others, is the always online aspect. If you play this game alone or in a pair, you will be forced to use the smaller ship (fast, but poorly armed) and will be in the same game as crews of three to four in galleons, which have literally four times as much firepower. Exploring the waves is also just a bit boring alone — there’s no merry pirate banter, you must flee from any fights and there’s none of the gratification of successful teamwork paying off.

In summary, Sea of Thieves is the combination of indie co-op sailing games like Blackwake and the AAA quality of Assassin’s Creed IV: Black Flag. It’s an extremely fun pirate game in a crew of four friends, and PvP combat is hugely satisfying. Sadly, the game is let down by lacklustre solo gameplay, and the current lack of interesting items and activities to spend or earn money on. Rare have confirmed they’re working on updates to add more content, so hopefully they make the game live up to its £50 price tag.