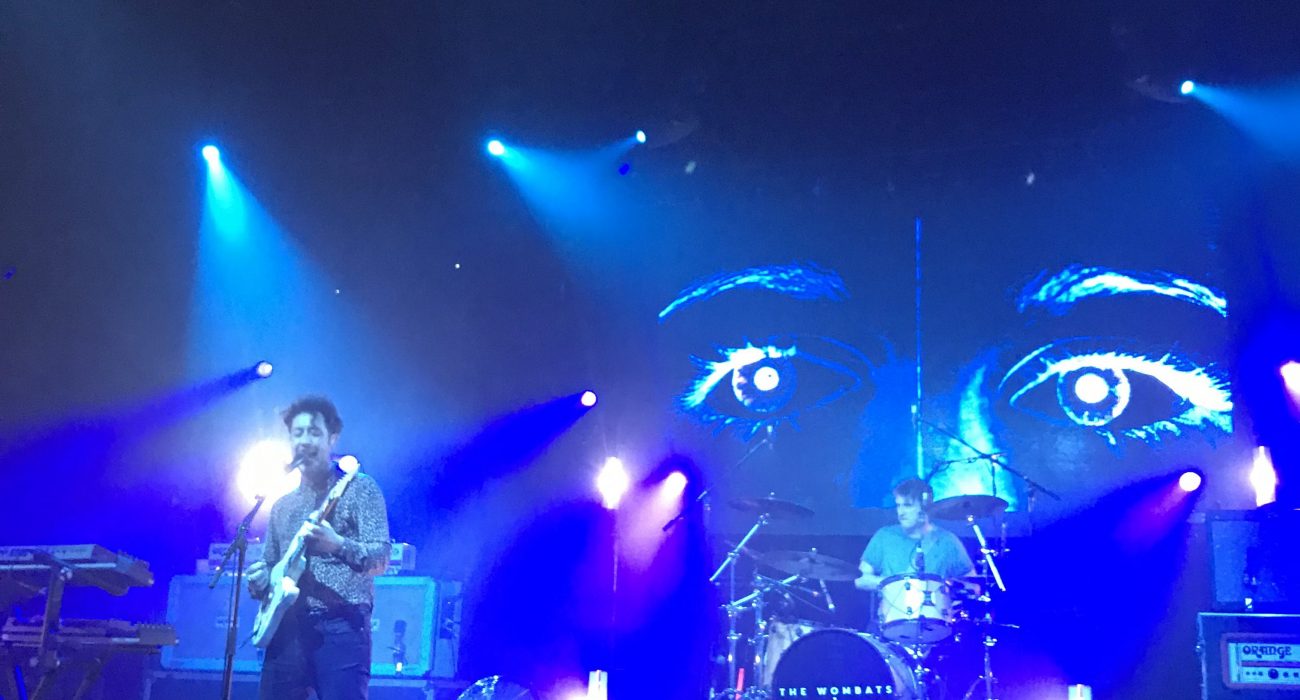 Already boasting a sold-out Academy last week, The Wombats returned for part two of their Manchester take-over, bringing with them all the excitement, flair and charm that they’re so renowned for.

They were in good company too, with support from rising stars Bloxx and fellow Liverpudlians The Night Café helping to warm up the crowd.

For a band that have been performing together for well over a decade now, it’d be fair to suppose that The Wombats might have lost their edge. But this couldn’t be further from the truth.

The trio give it their absolute all, delivering a non-stop barrage of energy and emotion all night long. A particular shout-out goes to bassist Tord Knudsen, who spent the gig relentlessly darting around stage, flinging his bass around as if it were made of paper.

The psychedelic ‘Cheetah Tongue’ kicked the evening off. It was a gentle opener, but one that allowed everyone to psyche themselves up for what was to follow. After that it was the euphoric ‘Give Me A Try’ from third album Glitterbug, ramping up the masses with one of their best songs. There’s just something so infectious about their hybrid synth-guitar sound that means they’re impossible not to dance to.

With such a large catalogue of songs, The Wombats never ran out of ammunition, moving from anthem to anthem. Now with four albums under their belt, it was nice to see they were able to eliminate some of their slower songs from the setlist, keeping the overall energy sky high throughout.

“You probably can’t tell because I’m a pro, but I’ve actually got a cold right now so I need you to sing extra loudly for us” croaked frontman Murph. Everyone in the venue needed no second invitation, and the band launched into the second half of their set. After vanishing for a brief five minutes, they returned and blessed the crowd with four more songs, ending on the fantastic ‘Greek Tragedy’ as balloons rained down on the Academy.

Overall the night was a balanced mix of the old and the new; with unforgettable tunes from their debut (such as the unforgettable ‘Let’s Dance To Joy Division’) and some of their best work from later releases. Alongside stunning new stage visuals — including some dancing wombats during the encore — The Wombats are arguably performing at their peak and show no signs of slowing.