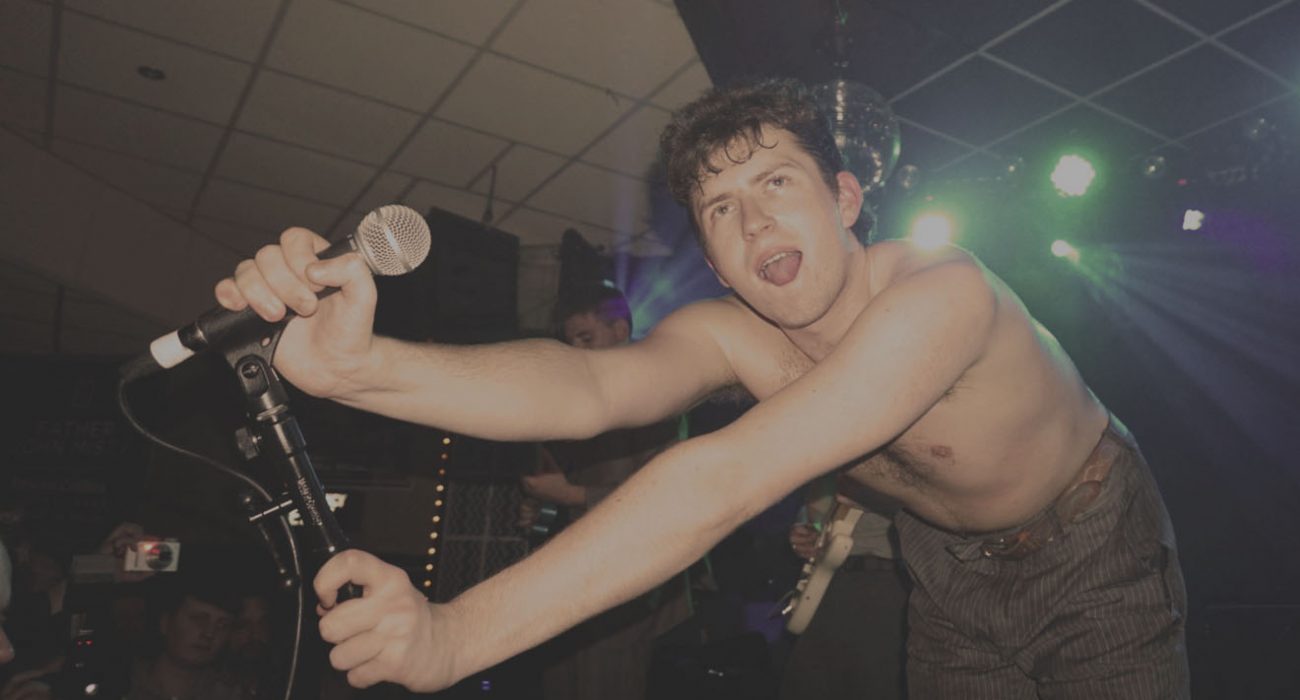 Explosive five-piece Shame has recently finished their 22-date US tour, which they described as, “meat, desert, and sunshine” — emphasising the exhausting nature and carnivorous appetite that such a long time gigging in the United States has imposed upon this spirited South-London quintet.

Now, Shame has returned to their homeland to resume their hunt for new converts, and to lead their cult followers through confirmations in preaching the ground-breaking post-punk debut album ‘Songs of Praise’.

After Dead Oceans record label reached an agreement with Shame, the lads retorted that they didn’t like the idea of “going to spend money on a fancy meal”, instead deciding on tickets to Thorpe Park before signing their record deal on the Rumba Rapids…despite vocalist Steen’s disdain for rides.

Unlike their undoubtedly turbulent rapid ride since the band’s launch of ‘Songs of Praise’, Shame has received a largely unanticipated, faithful reception. As guitarist Sean Coyle-Smith states, they “expected far more people to slag us off than they did”. Instead, the vast majority of publications such as the NME, DIY and The Times have credited Shame with four, if not five, stars alongside highly impressive reviews.

Shame has taken the small portions of criticism it has endured with a very tongue in cheek undertone, seamlessly fitting their confident and incredibly non-exclusive attitude as a band. Sean and erratic bassist Josh Finerty emphasised this mentality in their recollection of comments, such as those which described the band as “vacuous bags of wind floating nowhere in particular”, “more indie for the landfill,” and “if ladybird books formed a band”.

Yet, this delving into such comments was immediately met by an amusement felt by both members, who praised the creativity of such criticism. In fact, as frontman Steen entered the stage of the Brudenell, he invited any declarations of viewpoints, proclaiming he’d much rather hear extreme views of their music, as he disregards “anything in between” as unimportant.

This bold attitude is reflective of the rawest roots of punk, despite the fact that the five-piece claim to have never really been into classic punk figures such as Sid Vicious and Jonny Rotten. In fact, Sean leans more towards the opinion of this type of punk as “a tiny bit boring.”  Instead, they emphasise the importance of both old and new. The old being more to the likes of “The Stooges, Joy Division, and the Pixies,” whilst also being surrounded by more contemporary artists, such as those up-and-coming within their home radius of South London.

Shame relish in the misconception of their image as a new Christian band, given their title ‘Songs of Praise’ and equally wholesome photograph which frames the cover of their debut record. Throughout live performances, Steen uses this as a humorous, recurring sarcastic statement as fuel for their persistently comedic and incredibly nonchalant demeanour.

Nonetheless, Shame is certainly not lax about all things. This was shown in Steen’s abrupt announcement that absolutely, “no abuse will be tolerated at any of the shows”, as well as the importance they impose on using the platforms they have as musicians to “influence someone’s opinion or enlighten people on a topic they are not particularly familiar with.”

It is no secret that Shame leans strongly to the left, as seen in the crude number ‘Visa Vulture’ directed at Theresa May. However, when asked who they prefer over Trump or May, they agreed even though Trump has some merit in that he represents a form of anarchism, he is undoubtedly who they’d prefer to kill.

As fans gathered in the 400-cap venue of the Brudenell Social Club, I don’t believe that any of those in the house fully anticipated the band’s volatile, captivating stage presence. The sheer energy of each of the five members bounced brilliantly off the sweaty, claustrophobic space, charging the air with electricity that sparked every time Steen made eye contact or launched himself at this amorphous mass of body fluids, strained arms, and flying shoes.