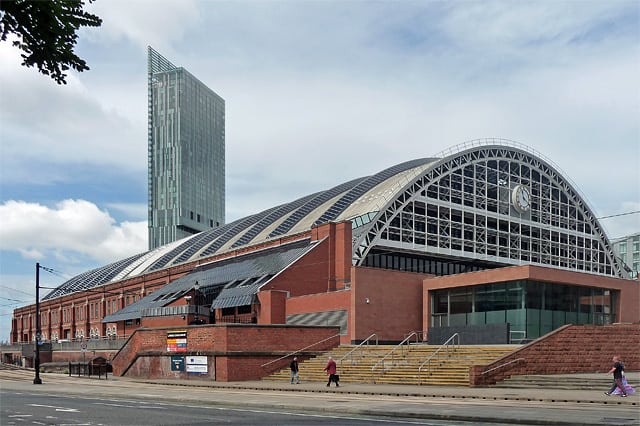 Popular student area Fallowfield had one of the country’s lowest turnouts in yesterday’s local council elections.

Labour dominated the count, taking 94 of the Manchester City Council’s 96 seats. The Liberal Democrats won 2 seats, both in Didsbury West.

The Liberal Democrat gain was announced late in the day, as the result was so close a recount was ordered. John Leech, who is serving his twentieth year in office, claimed the top spot on the Manchester ballot, with 2524 votes. The party’s press office announced: “Liberal Democrats secure double shock win in Manchester.”

John Leech said: “Labour poured over 120 activists, including the council leader, into our area in a bleak demonstration of their commitment to absolute control, and I couldn’t be happier and more grateful that local people placed their trust in us.”

Chorlton Ward had the highest electoral turnout: 46.3 per cent, almost 30 per cent more than the turnout in Fallowfield. Turnout in most of Manchester’s 32 wards exceeded 30 per cent.

Fallowfield’s turnout appears to be one of the lowest in the whole country. London’s lowest turnout was in Havering, where 36.8 per cent turned out to vote — more than double the turnout in Fallowfield. The lowest turnouts in the North East of England were in Chirton and Redhill, which saw 24.2 per cent turnout each.

In the 2016 Council Elections, Fallowfield drew a turnout of 24.74 per cent. This year, only 2164 residents voted in total. 30.6 per cent of Withington, another popular student neighbourhood, turned out to vote.

Sarah-Jane Smyth, Co-Chair of Manchester Labour Students (MLS), told The Mancunion: “I was really pleased to see 3 brilliant Labour Councillors re-elected in Fallowfield. It was great to see such amazing youth turnout in the general election, but unfortunately a lot of students just weren’t aware local elections were even taking place.

“Students aren’t always aware that you need to re-register to vote when you move house, so a lot of people who had been registered for the general election last year might not have realised they weren’t registered this year. MLS had run a voter registration stall on campus in the run up to the local elections but I was disappointed the SU didn’t promote voter registration more, since it’s so important that young people’s voices are heard!

“Next year MLS hopes to work on the Labour Students Million More Voices campaign which is to lobby the university to include voter registration as part of the process of registering for halls, which would hopefully have a massive effect on the numbers of students able to vote in Manchester!”