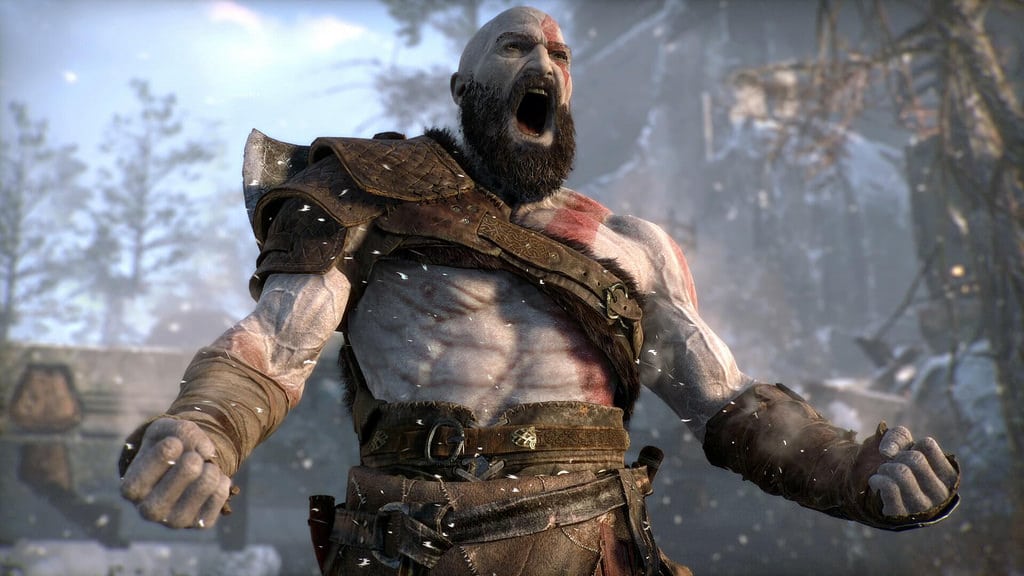 Kratos and the Almighty Back-hander

In case you’ve been living under a Mount Olympus-sized rock for the past week or two, you might have noticed that a certain little franchise called God of War released its latest installment, and with consistent 10s pretty much across the board, it’s fair to say that it’s the best entry to date.

The game is being hailed as a masterpiece by virtually everyone, applauding director Cory Barlog and those at Santa Monica Studio’s for its directorial innovation, immersive storytelling and all-round level of polish both mechanically and aesthetically, marking it the most seminal title within their flagship series. Kratos himself, however, seems to have a somewhat different definition of a compliment.

Of course, I am talking about the motion and voice actor behind the character, Christopher Judge. Any kind of compliment from Kratos would most likely be a series of grunts and shouting at an unnecessary volume — or at least it would have been, before this roid-raged, all-action, yet famously one-dimensional alpha-male was revitalised, courtesy of Judge’s acting talents and the new team behind this excellent new script and direction.

During an interview with BBC Newsbeat, Judge told reporter, Steffan Powell: “Reading the script for the first time, I thought it was for a big A-list film” and believed that “[t]here are wonderful tales to be told in this medium, and it is truly just another form to exercise your craft”. That’s great, right? Well, not really, as the worry set in as soon as you notice the phrase “just”.

Whilst this quote alone might slip past you, in light of the various other comments given throughout the interview, it is clear that Judge held a number of preconceptions about the games industry that almost completely negate his otherwise positive comments. Instead of being a much needed and warranted bit of good publicity for the gaming industry, it turned out to be, arguably, the biggest backhanded compliment of all time.

Judge went on to explain that his agents actively chose not to tell him that the script was for a game, as he had been “staunchly against doing them in the past” and was surprised by the level of serious acting he had to do during the audition. ‘An actor having to actually act to get a role’, funny old thing.

Furthermore, as praiseworthy as he was for this particular script and auditioning process, I struggled to take away little more away than what he (and presumably many serious actors and individuals within entertainment) thought of the industry in general. He joked about having to ask, “are you sure this for a game?” and spoke about his surprise at how good the material was, rather audaciously adding that he eventually didn’t care that it was only for a video game. It gets worse.

As if to put the cherry on top of this ultimately dry and disappointing cake: at the height of this article, Judge essentially points towards the likes of Kevin Spacey’s performance in Call of Duty: Advanced Warfare as having done the industry a favour, with other big actors subsequently scrambling for roles in recent years, where before it was considered a place “where old actors go to die.”

With all due respect, Judge is not an actor I had heard of before, and given the big fish that had already dipped their toes into the apparently dubious, smaller pond, I found it puzzling that he had such a low opinion of the industry considering the great company he would have already been in.

As Powell points out, the industry has often enjoyed vocal acting talents: Samuel L. Jackson, Ray Liotta, Michael Fassbender — I know I’ll never forget hearing Liam Neeson in Fallout 3 for the first time and being shocked when he didn’t threaten my life with his particular set of skills.

Point being: actors have long featured in video games and in making these ill-informed, sweeping statements, he is also commenting on the work of many of his fellow actors. The reality is, games were never really capable of transposing the level of performance that Judge is referencing simply because the advent of performance capture had not yet fully dawned.

Obviously, I am not saying that Judge’s remarks are entirely derogatory (and I’m sure that was not his intention), but the fact that this interview ultimately centred around the supposed notion that not just this game, but any game, was capable of delivering a heartfelt, complex and compelling narrative came across as rather dated and disrespectful.

Not only have games, as Powell points out in the clip that features within this article, been telling great stories for years, but gaming is one the biggest forces within the entertainment industry and has been for quite some time. We have come a long way from Pong and Super Mario.

In fact, in the upcoming Detroit: Become Human — developed by Quantic Dream, known for their heavily filmic and plot-focused games such as Heavy Rain and Beyond: Two Souls — lead writer Adam Williams, in an interview with VG247, revealed that he left his job as a TV writer to pursue interactive storytelling as he felt that, unlike the restrictions in more traditional mediums, gaming gives you “extra weapons” for “moving people” and all the while still “thought provoking.”

We are all aware of the persistent stigma that is attached to gaming and how it is somehow perceived as a lesser form of art, and perhaps, as Judge alludes too, there used to be some credence to that. However, as Judge says in one of the saving graces about this article: “games are not just about the gameplay anymore, but about the stories” and they have been for a long time. Fair play to him on that one.

In truth, games have long taken cues from Hollywood to bring a more story-driven and cinematic feel to their gameplay; they have also been heavily influenced by literary works to develop more profound and meaningful narratives, often leading to players reflecting upon serious and mature subjects. Whilst it may feel a recent development to an outsider, to a gamer, we know that this a craft and a passion that people take very seriously and have always wanted to give more than just gameplay.

So, I guess the moral of the story is that whilst Judge may have tried his hardest to be nice, his unfortunately backhanded compliment was symptomatic of a wider societal prejudice towards gaming; a half-baked attempt at flattery that betrays an ingrained culture of snobbery towards a medium that is making artistic strides at a very fast rate, and should be considered as having the same autered subtlety and academic validity as any other art form.