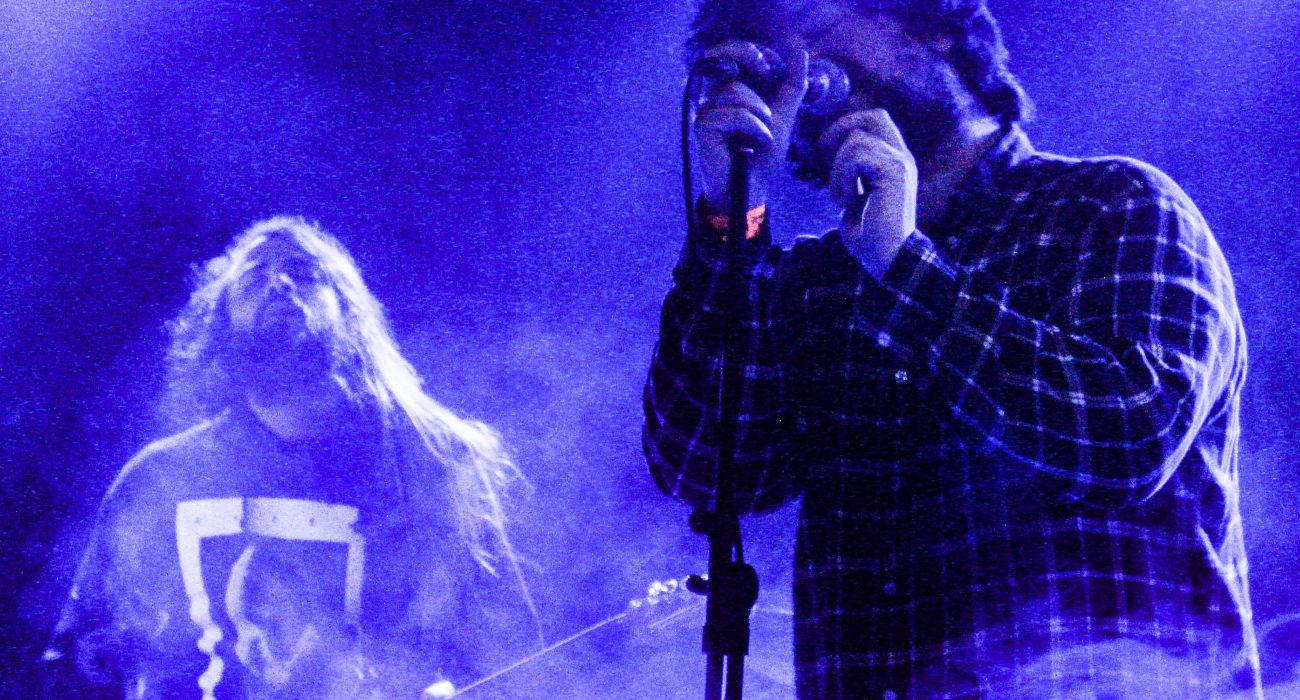 The six-piece hailing from Willimantic, Connecticut took the stage at Rebellion last Thursday. If you are unfamiliar with their music, they fit right into the same indie/emo niche that bands such as American counterparts At the Drive-In, Explosions in the Sky, and This Will Destroy You have been championing for the last 20 years. For a British comparison, look no further than Mogwai who have been massively influential over the genre.

With so many members in the band, they naturally had a large presence up on the stage, looking over the close-knit crowd. However, this didn’t keep them from delivering a performance that was very intimate and personal. Lead vocalist David Bello, a man of great stature who on stage appeared larger than life, was having a heart-to-heart conversation with his audience song by song.

Beginning the set, he sheepishly whispered into the microphone an introduction: “Hi, we are The World Is a Beautiful Place…”, akin to a school boy who had been called up for a presentation he had done absolutely no preparation for and knew he was going to have to wing it. Bello’s gentle nature was one of his most endearing features, and a smile would light up his face whenever the crowd applauded after a song.

For most songs on the set, Bello sang with a soft croon, coaxing in the crowd, drawing the onlookers in with a soft intensity. As this intensity reached its climax, the band would explode into a sweet cacophony, guitars intertwining around a thumping rhythm section. It was now Bello would raise his voice to an impassioned wail, his high pitch rising over the wave of sound and crying out.

Although done well, so many of their songs followed this template it did become somewhat repetitive. The set was a timely length with only 14 tracks, however for some it may have become too familiar too fast. A nice change from the pattern came with keyboardist Katie Dvorak lending her voice as a smooth counterpart to Bello’s on the track ‘January 10th 2014’, naturally just before the rest of the band erupted during the climax of the song, exchanging a back and forth throughout the chorus.

The band’s set was carried by the longer and more epic pieces of music they had, however they had many fantastic shorter tracks as well. Highlights of the set were tracks ‘Marine Tigers’, ‘Fuzz Minor’, and ‘Infinite Steve’ from the bands most recent album Always Foreign which were performed back to back and flowed together beautifully with no stops or breaks between songs.

Another fantastic moment was when they performed their biggest hit, ‘Heartbeat on the Brain’ for the encore — there was an aura among the crowd of expectancy waiting for the band to break ‘Heartbeat’ out and this made it feel like a perfect natural conclusion to the night.

Lyrically speaking, the bands music has a tendency to be drawn towards soft and emotional topics, ranging from mental health to current affairs. Bello was greeted with a cheer from the crowd as he mentioned the band’s dislike of Donald Trump, which guitarist Tyler Bussey followed up by pointing out this was despite the band were all republicans, bringing a chuckle out of the crowd. These moments of brevity were appreciated throughout the set as contrast to the angsty and deliberate music the band performed.

After the gig was through, I made my way to the front and had a small talk with Bussey, who was extremely kind and genuinely grateful to everyone who had come that night. He asked the names of me and my friend, shook our hands, then passed me a setlist. I was a little bit starstruck but he was extremely open and disarming. Then I shared a few words with Busso as well, who seemed tired from the intensity of the performance but still beaming with happiness. This encounter only furthered my admiration of the band, because at the end of the day this is music at its roots, part of what makes Manchester’s music scene the best in the world. 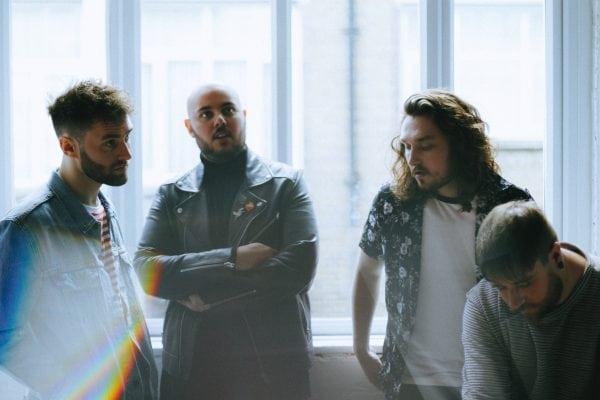 Tags: rebellion, the world is a beautiful place