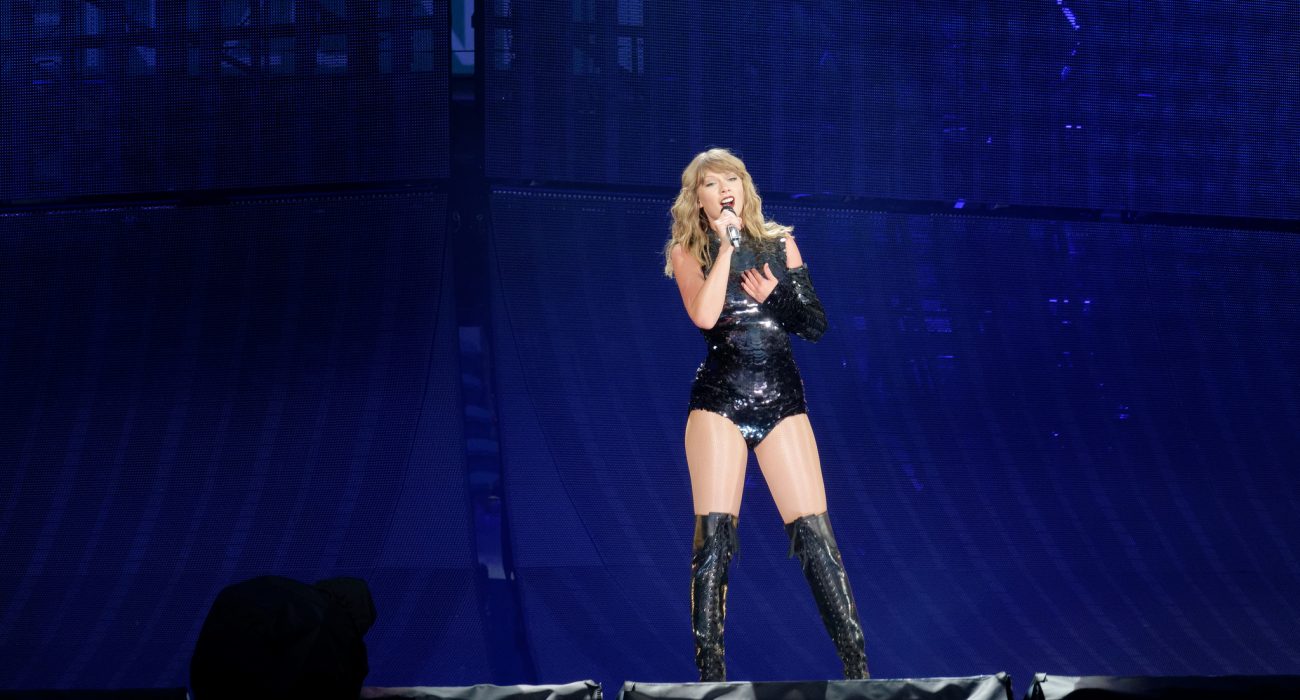 Following the release of her 6th album, reputation, Taylor Swift brought an extravagant show to the Etihad Stadium.

For her first stadium show in Manchester, spectacle was at the forefront. This ranged from massive dance routines, to pyrotechnics, to giant visual displays.

The best example of this came during ‘Look What You Made Me Do’. Taylor Swift performed alongside 30 dancers and an elaborate throne-like stage setup, before a 50-feet-tall inflatable snake burst out during the song’s climax.

Out of context, some of these more spectacular moments of the set may come across as ridiculous, but they totally worked. Transitioning between the main stage and a smaller B-stage at the other end of the stadium, Taylor performed her new single ‘Delicate’  from a cage on a zip line, much to fans’ delight.

Once there, she was joined by support acts, Camila Cabello and Charli XCX, to perform the pop anthem, ‘Shake It Off’. Meanwhile, dancers wearing brightly coloured costumes moved their way through the crowd as a rainbow of confetti descended from up high.

Yet, the show did have its quieter moments. Harking back to her country roots, Taylor brought out an acoustic guitar to play a stripped-down version of ‘Dancing With Our Hands Tied’. While this was an intimate part of the show, it was made more poignant by Swift dedicated the song to the “incredible resilience” Manchester showed following the Arena attack last year. Since both she and Ariana Grande share many young fans, some of whom would have been at the Arena last May, the short tribute created a palpable reaction at the Etihad.

Yet, if there was a problem with the show, it was with Swift’s song choice. Songs from her latest album Reputation featured heavily during her set. While the album is far from bad, her previous two albums, Red and 1989 have much better songs on them. Of course, you heard songs like ‘We Are Never Getting Back Together’ and ‘Blank Space’, but all bar one of the songs from reputation was played. Surely it would have been better to cut a few tracks from her current album to make way for songs like ’22’?

Yet, even the song choice couldn’t bring down the joy that Taylor’s show brought. Ending with a medley of ‘We Are Never Getting Back Together’ and ‘This Is Why We Can’t Have Nice Things’, the finale of the show saw Taylor Swift performing on top of a working water fountain as fireworks brought the night to a close.

Each audience member was given a bracelet, which would light up during the show, creating beautiful light displays throughout the performance. They would glow for days after the final song had played. Just like the bracelet, the show would glow in people’s memories long after Taylor Swift had left the stage.