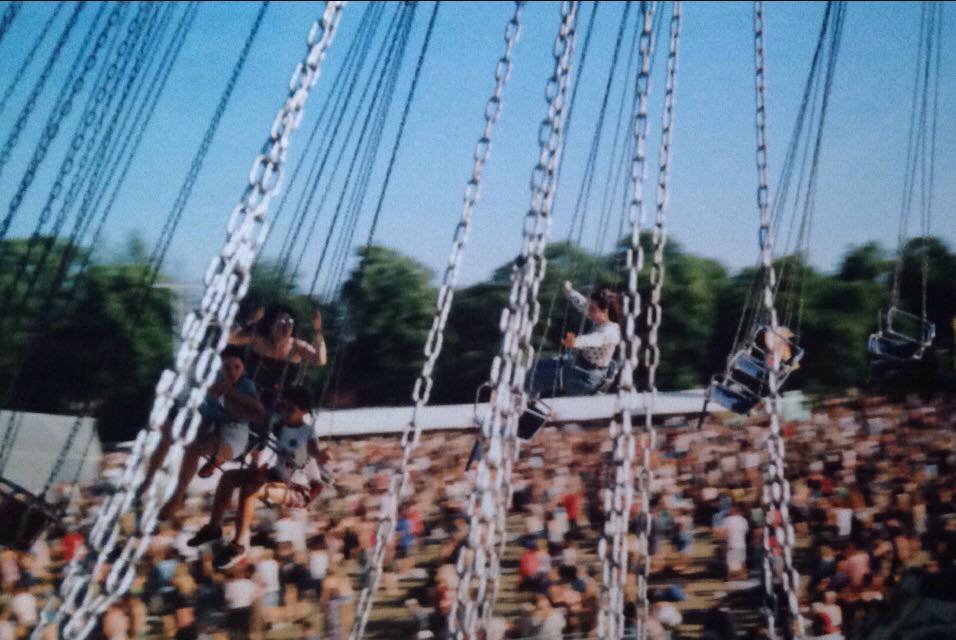 A truly incredible feat of sound, style, and community coming together to honour ten years commitment to Sheffield’s music scene, Tramlines Festival continues to prove itself as a staple festival weekend to rival any other. Held in honour of the sadly late Tramlines director, Sarah Nulty, the weekend had great heart and really sought to share Sarah’s message and desire to create a party atmosphere for all!

However this year, I believe they got the balance just right; a single park for music and “fringe” variety events across Sheffield giving people wider and more accessible choices. It was certainly clear to me that there would be no shortage of things to see and do over the Tramlines weekend. From the second I arrived in Sheffield, it was clear that the entire city had been set up and geared towards providing a great weekend for everyone with shops, bars, and cafes all getting in on the festival spirit and creating a really positive atmosphere from the centre of town and across towards Hillsborough Park itself.

On the Friday there were a number of great performances from a range of artists such as energised band The Big Moon at the main stage and the likes of newcomers Oddity Road and the glittering tones of The Orielles at The Leadmill stage. Stereophonics gave a stunning and well-honed headline performance topping off a fantastic day with the power of a band used to playing to huge festival crowds. It was absolute tried and tested brilliance.

Saturday saw the performances only improve with a fantastic selection of live comedy from various local comedians and the hilarious comedic band The Everly Pregnant Brothers, with highlights being their hilarious ‘Chip Pan’ song, set to the tune of Kings of Leon’s 2009 hit ‘Sex on Fire’. However one re-occurring problem I found later in the day was the close proximity of the stages within the site. At times it felt some major event spaces were a little squashed in between stalls and too small considering crowd sizes and stage space. The Library stage particularly saw bands such as King No-One and Black Honey struggling for space. But, it has to be said that the great festival atmosphere made up for this, as everyone hunched together and made the best of the space.

Blossoms gave a fantastic penultimate performance to a huge crowd that night, with hits such as ‘Charlemagne’ and ‘I Can’t Stand It’ really showing the bands fantastic potential to enthuse a strong and pretty raucous bunch. A personal highlight of the festival experience was seeing Noel Gallagher’s High Flying Birds take to the stage to perform a number of hits from the solid upbeat drum beats of ‘She Taught Me To Fly’ to the classic Oasis tracks that we all know and love. They drew up one of the biggest crowds of the weekend, bringing their quirky and unique style to The Main Stage. As anticipated, Charlotte Courbe did not disappoint as although there were no scissors as instruments this time, we did get an old-fashioned telephone and some typically barbed comments from Noel himself. Very entertaining to say the least!

The final day of a jam-packed weekend brought a real mix of artists to the fore, with three very different headlining acts and plenty of stellar performances on Sunday. Little Comets gave a brilliantly heartfelt live performance at T’other stage as well as fan favourites Pale Waves who brought their intricate flare for style and aesthetic to the stage. In the incredibly hot Leadmill Tent, Tom Grennan and his band of, frankly brilliant musicians, whipped up a storm as they blazed through his set list of soul-infused tracks with ease, bringing my festival experience to a wonderful and almost worn out close.

I snuck away just before the end to catch Jake Bugg’s set which was over at T’other stage and I was not disappointed. I missed a number of Bugg’s earlier tracks but made it in time for some classics such as ‘Trouble Town’ and ‘Lightning Bolt’ from his debut album. It was great to see how Bugg owned the stage, with very little to his performance than his guitar and a drummer to back him up. He handled the weary crowd well and created the perfect atmosphere for a warm midsummer Sunday evening.

Tramlines Festival continues to grow and change every year and it’s great to see how the community spirit and support within Sheffield has developed the environment, making it a great festival experience for young people as well as families.

Interested in experiencing it for yourself? Tramline’s 2019 will run from 19th -21st July. Headliners are yet to be announced but tickets are already on sale and you can get them now here from £59.50.