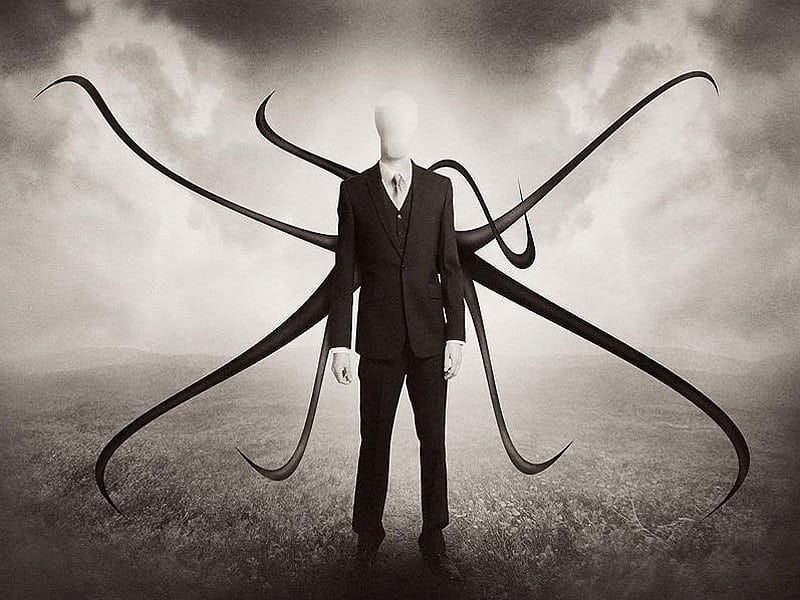 One of the simplest ways to realise what you think about a film is to ask how it made you feel. In the case of this sluggish, ugly, and disassembled product known as the Slender Man movie, I just feel unequivocally angry.

At one point during the film, I found myself demanding that it make me feel something other than rage and frustration. ‘Scare me!’ I wanted to scream at the loosely tied together assembly of clips that was barely passing for a movie. ‘Invest me in these characters!’ ‘Have a jump scare which actually works!’ ‘Shoot something so it actually looks interesting!’ Anything, other than anger at the fact that I had handed over £4.99 of my money to sit here, would have been welcome.

Despite my frustration, the film was not justified in causing this emotion; the movie was simply nothing. The character development literally began and ended with ‘the ginger one,’ ‘the sassy one,’ ‘the weird one,’ and ‘the main one.’ The plot, or what passes for it, sees said group look for ways to summon Slender Man and, shock of all shocks, suddenly face a race against time to escape his clutches as they are picked off one by one.

Imagine A Nightmare on Elm Street if all the suspense and tension was replaced with failed jump-scares, if none of the characters had any noteworthy or memorable traits, and if it was entirely shot with a dull-grey colour palette. On top of all that, the film was just completely and utterly forgettable. About all I can remember is that at every moment it went out of its way to rip off better, classic horror movies that I could have been watching instead.

It did not have to be this way. It is not as if Slender Man, as a character, would not make for a compelling horror villain. He is an ageless entity that preys on children and anyone who so much as manages to glimpse it. That could work in a very Lovecraftian fear of the unknown sense. Instead, we have Sony desperately holding onto whatever credibility they now have; they pull together the bare amount of shots, with the bare amount of care to reach the bare length for a feature film and throw all of that onto a screen. ‘Thank you for buying a ticket, now go home and we’ll try to forget this whole thing ever happened’ appears to be their mantra.

To drop the final nail in the coffin, it is easy to tell that the actors are really trying. The child-actors are actually good, desperately trying to bridge a sisterhood connection between these friends a-la a female version of IT or Stranger Things. The rushed script added no material to work with and the hasty editing managed to do a good job of chopping to pieces any effort the actresses attempted to put into this film.

I have rarely come across a monstrosity that managed to make me feel so strongly, whilst doing so little and trying even less. In a year where horror movies have come so far, A Quiet Place, Hereditary, and Ghost Stories, for example, it is disappointing to see a film treat audiences with such disrespect. It is not even funny enough to qualify as daftly entertaining horror. Instead, it is just ugly, dimly lit nastiness which Sony should be thanking their lucky stars they can soon bin and forget about.