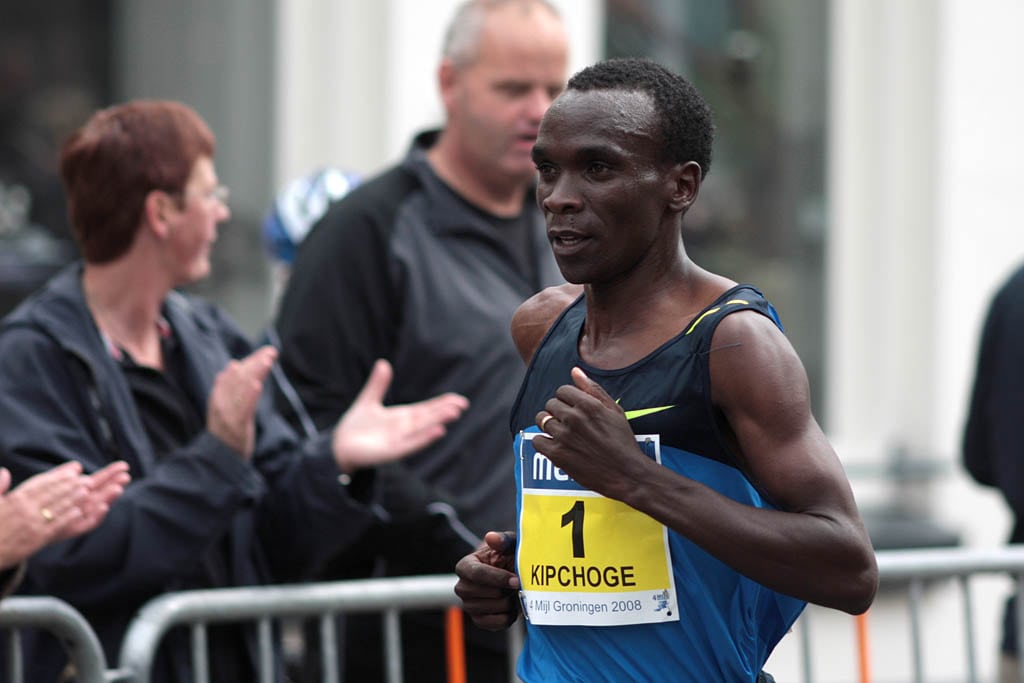 Kenyan athlete Eluid Kipchoge took an incredible 78 seconds of the previous marathon record, recording a time of 2 hr 01 min 39 sec. Incidentally, this was previously held by fellow Kenyan Dennis Kimetto and was also set in Berlin. 78 seconds is the largest margin of difference in a new marathon record since 1967 when Derek Clayton broke it by 2 minutes and 24 seconds. Kipchoge adds this record to his gold medal won at the Rio Olympics and a third London Marathon win earlier this year.

“I lack words to describe this day. I am really grateful, happy to smash the world record” said Kipchoge. “It was hard. I ran my own race, I trusted my trainers, my programme, and my coach. That’s what pushed me in the last kilometres.” From the competition at the start of the race, it was clear that the victory would be his. The only remaining question being how fast could be run.

In 2017 Kipchoge was at the centre of Nike’s controversial attempt to break the two-hour marathon record as part of their Breaking2 project. The time was not officially recognised due to there being 30 elite athletes rotating to keep up the pace. This experiment, however, with a time of 2 hr 00 min 25 sec, showed that while the two-hour barrier may not be attainable yet, the world record certainly was.

Kipchoge’s time is certainly an amazing breakthrough in the marathon, however the 33-year-old Kenyan has been in a league of his own for many years now. Victory in Berlin made it 10 victories out of 11 starts with this occasion being his ninth straight win. A streak of this kind has not been seen in the modern era. Until now, the only accolade he was missing was the world record.

His last two visits to Berlin showed that all he needed was the right conditions. In 2015, he won with a time of 2 hours and 4 minutes dead. This time is especially impressive considering he ran most of the race with the insoles of his shoes flapping with every step. Then in 2017, he ran 2 hours 3 minutes and 32 seconds in the wet. Finally, in his third trip to Berlin, the weather was perfect. This was his chance to break the record and it was a chance that he took full advantage of.