The Pankhurst Garden was officially opened on September 14th 2018 to mark the centenary of the first women winning the vote.
News

The Pankhurst Centre has officially unveiled their new garden to mark the centenary of the first women winning the vote. The garden, which opened on September 14th, honours and celebrates the Suffragette movement, and all those who have fought for gender equality since.

The garden, designed by Janet Leigh, is full of symbolic meaning. The structured box hedging reflects the restrictions and confinements the Suffragettes faced, whilst the traditional Suffragette colours of purple, white, and green are represented in the colours of the plants. The arch in the garden is identical to the parlour window, depicting the campaign moving out from the parlour to Parliament. The ironwork figure of the Suffragettes and the benches engraved with Suffragette quotes signifies the spirit and courage of those women. Many of the plants have female names, such as Dianthus ‘Emmeline Pankhurst,’ to remember the thousands of women who fought for gender equality. 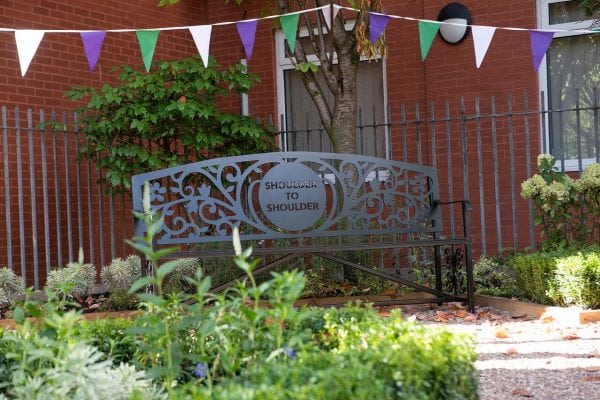 ‘Shoulder to Shoulder’ Bench. Photo courtesy of The Pankhurst Centre.

The garden designer Janet Leigh said: “When I found out that I had been chosen to create the Pankhurst Garden, I burst into tears and completed a lap of honour around the kitchen. I have worked in male-dominated industries throughout my life, which would not have been possible without the work of the Suffragettes. Their story must be told.” 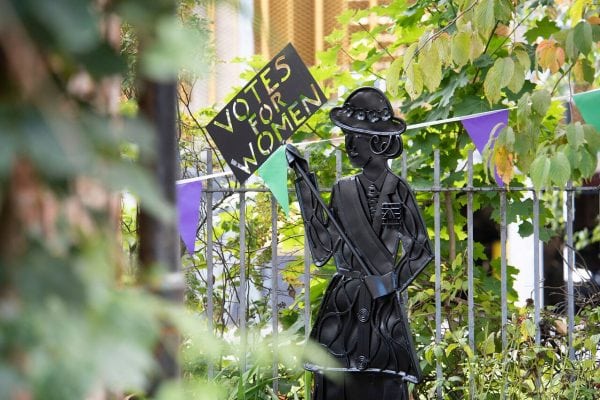 Ironwork figure of a Suffragette. Photo courtesy of The Pankhurst Centre.

The garden was funded by 524 people who donated £24,000 in the ‘Plant a Seed for Gender Equality’ crowdfunding campaign in 2017 — it received no public funding. Bex Shindler, the Fundraising and Development Manager announced: “This is your garden. This is every woman’s garden. It is a garden for women across Manchester to seek out services to find a sense of peace.” 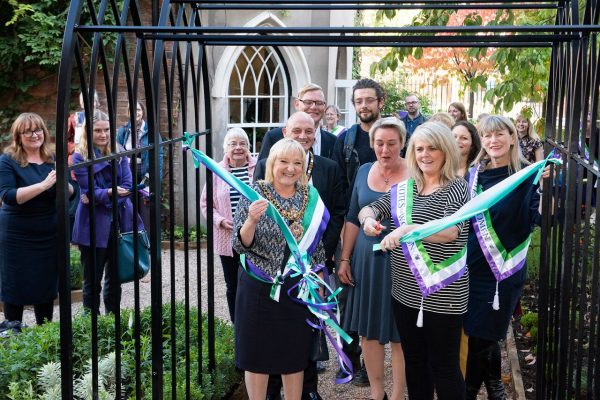 Lord Mayor of Manchester Councillor, June Hitchen discussed the role that the garden plays in the wider community of Manchester: “This garden reminds Manchester of the women who fought for equality so that women’s’ voices would finally be heard. It is time to pass the baton of fighting for gender equality on to the next generation.”

Elaine de Fries, the Director of Operations of the Pankhurst Centre, hopes that with continuing support, the Centre could become a museum and creative space open daily. The Pankhurst Centre is always looking for volunteers to support the work of the museum. To find details of volunteering, go to http://www.thepankhurstcentre.org/

Bunrham announces that from September 2022 the bus fares will be capped at £2 for adults and £5 for day passes across all operators in Greater Manchester.