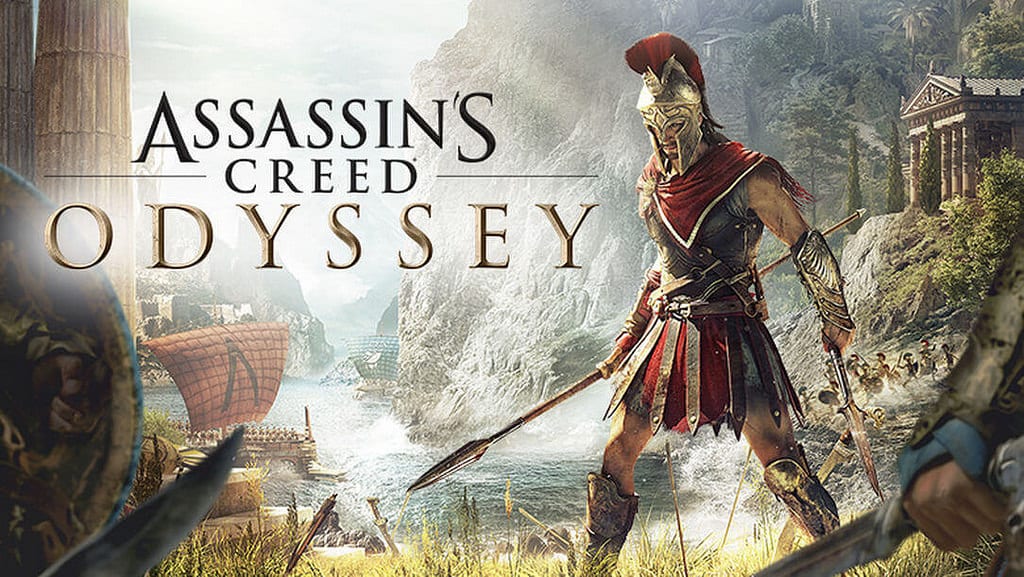 Let’s start with the obvious questions I know you’ll want answering: ‘do I get to explore the Battle of 300?’, ‘do I get to spartan kick a load of guys?’, and ‘do I get to see Gerard Butler’s CGI abs?’. The answers are yes, yes, and no, sadly not. In all seriousness, the latest iteration in the Assassin’s Creed series, Odyssey, is an exciting mix of new, RPG-style combat and questing, and old — parkouring across beautiful vistas, assassinating bad guys with finesse, and the franchise’s iconic intermingling of history, myth and all the spaces in between.

Whether it be the high-points of the much-loved Ezio trilogy, or the disappointment of Unity and Syndicate, it’s fair to say that Assassin’s Creed has had a bumpy ride over the past decade or so. However, thanks to the previous instalment, Origins, which if not a resounding success was at least a significant improvement upon recent predecessors, the series is enjoying somewhat of a renaissance (pun intended) and the future looks brighter than ever with this latest entry.

The first thing that must be said about this game is “boy, is it pretty”. Whilst Assassin’s Creed has always had style and above average graphics, this time around the folks at Ubisoft have outdone themselves, with amazingly conceived environments, beautiful colour palettes, and increased levels of fidelity — right down to individual beard hairs. I guess I’m a sucker for the little things. I used photo mode in a game for the first time ever and I’ve probably spent more time getting the perfect shot than I have on most coursework. 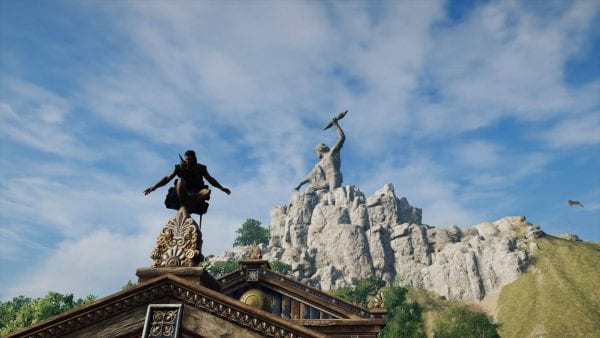 The setting itself is arguably one of the best the series has seen. The backdrop of Ancient Greece with its deep historical heritage and roots in mythology, make it the perfect staging ground for Assassin’s Creed to play with. The historical, mythological, and cultural references, past and present, range from cultured and considered, all the way to the almost comedic in its very meta, self-aware, intertextuality.

The story itself is up there with the best of the series. Of course, true to form, the modern-day parts still feel tenuous and tertiary but either one of the protagonists’ journeys you choose, Alexios or Kassandra, knit cleverly together with very little difference in dialogue and, crucially, both enjoy the same thrilling plot.

In terms of gameplay, I still had some teething pains as I acclimatised to the new combat system that came with the RPG-style of Origins. Nevertheless, the game has some gorgeous and downright gory fight animations and adds interest through detailed ability systems for both ranged and melee attacks.

There have been a few key changes in naval combat that make it a more detailed and individual experience — as well as being able to personalise the perks and appearance of your ship, you can now also recruit and assign lieutenants to man your ships, bringing more options for customisation. Many have said that this feels like the ‘spiritual successor to Black Flag’, where sailing was first introduced through the pirate theme, and so it should be — it is entitled Odyssey after all.

The bread and butter of this game, however, comes in how the series has begun to take strides towards becoming a fully-fledged RPG, and here it does an exceptional job. The levelling system, for instance, is, in all its facets, one of the most palpable, challenging and enjoyable examples I can recall in recent memory. Odyssey, in the style of The Witcher 3, gives you recommendations on what level you should be before taking on its bounteous offerings. Of course, I didn’t heed their warnings and often found out the hard way that I was vastly too basic to take on my statistically superior foes. I raged several times as they continued to pummel me, having to start back at the conservative autosaves that made me feel like I was playing Dark Souls. I loved every minute of it.

An aspect that has been carried over from Origins is the loot system; although the influence from games like Destiny in its various levelled weaponry and armour remains fairly evident, it is still extremely satisfying every time you complete a ruin or a cave and come out with better and better gear. 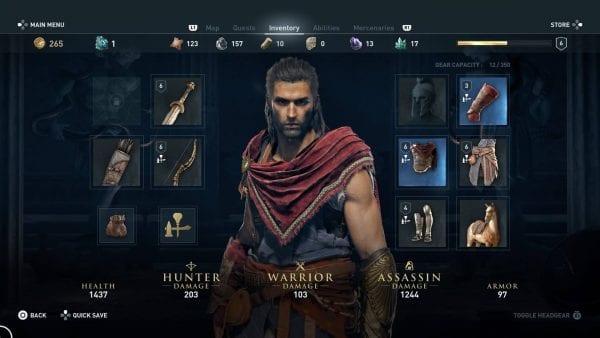 Gear can be further upgraded with the addition of engravings, adding effects to weapons and armour; once you’ve discovered these effects through questing, bartering or simply levelling up, you can then apply them to all your future gear. This deeper level of customisation allowed me to both pander to, and partially overcome my inner diva, as you can either simply equip whatever has the best stats, or spend time improving your more aesthetically pleasing items and slay in style.

After the last installment, Ubisoft promised to take a break from the annual release policy that seemed to contribute towards the series’ recent decline pre-Origins. However, they have since gone back on that promise with this latest release and perhaps this explains the cherry-picking of some elements from the best RPG on market – there are certainly undertones of the aforementioned Witcher in the depth and scale, even pinching that wailing noise from every time you complete a quest. But what’s wrong with that? All great works take inspiration from those around them — it’s what makes them and this game in particular as great as it is.

Having said that, it doesn’t seem as though they have missed that extra year too much – in fact, it is more than likely that production on Odyssey and Origins began around the same time, meaning that beyond similarity there is also sustained level of quality, with the feedback from the previous game allowing for a quick turnaround in improvements. Whilst there are negatives to be found here, perhaps arising from the pressure of a fall release, they only somewhat take away from an otherwise excellent game that adds to the continuing revitalisation of the series.

One thing that niggles me are the loading screens. Oh, the loading screens… Obviously, this has to be balanced with the fact that this is a much bigger game than we have previously seen in the franchise, not to mention having to seamlessly render extensive secondary environments such as vast underwater areas and numerous caves, or the generally high levels of visual fidelity that Odyssey achieves; but seriously—they’re everywhere.

I had hoped this was merely on account of my first generation, and veritable grandma of a PS4, simply struggling to keep up with the demands of this high-performance title, however, this isn’t the case given that the game has run exceptionally smoothly — not one stutter, glitch or unacceptably approximate texture-pop yet. Moreover, many reported experiencing similar frequencies even on a PS4 Pro.

In addition to this, there are inconsistencies even in aspects of the game that I have thoroughly enjoyed with the performances being one of the best examples. Whilst I was surprised at how compelling I found my chosen character, Alexios — with many on the internet arguing that Kassandra’s dialogue is even more impressive, in fact — his comparison with the likes of Ezio, is often tempered by those around him and whether their performances are up to scratch. 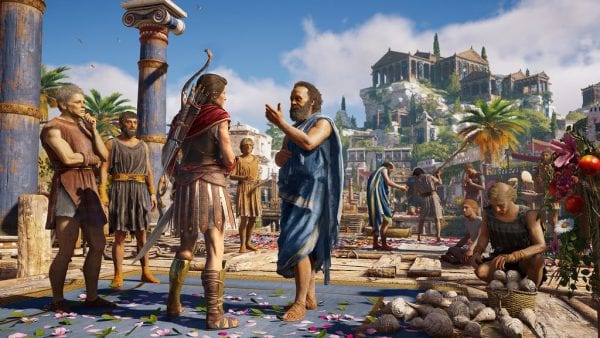 Take Markos for instance, your right-hand man and partner in crime (though his exploits more accurately force you into that role), whilst he is entirely likeable and plays a key part in your backstory, he reminds me of Niko’s cousin, Roman, in GTA IV – almost cartoony in his persistent comic relief, to the level that it becomes annoying from time to time. More generally, the surrounding characters that you encounter are a series of peaks and troughs and whilst these NPCs look better than ever, many scenes hinge entirely on whether the voice acting is good or bad.

However, as I said, these are mainly minor qualms and they don’t even come close to sabotaging this game in the way that previous titles have. I have to admit, for a person who held this series as, arguably, his favourite of all time, during its heyday, I’ve been waiting a long time for Assassin’s Creed to get back on track. But Odyssey does more than that: in following on from Origins and the reinvention of the game’s central mechanics, by adding several layers of depth to the varying types of gameplay, and choosing one the most interesting and abundant periods in history to construct is parkour-filled playground, this game has rekindled my love for this amazing series and given me hope that it will continue in its return to former, one could say, Athenian glory.