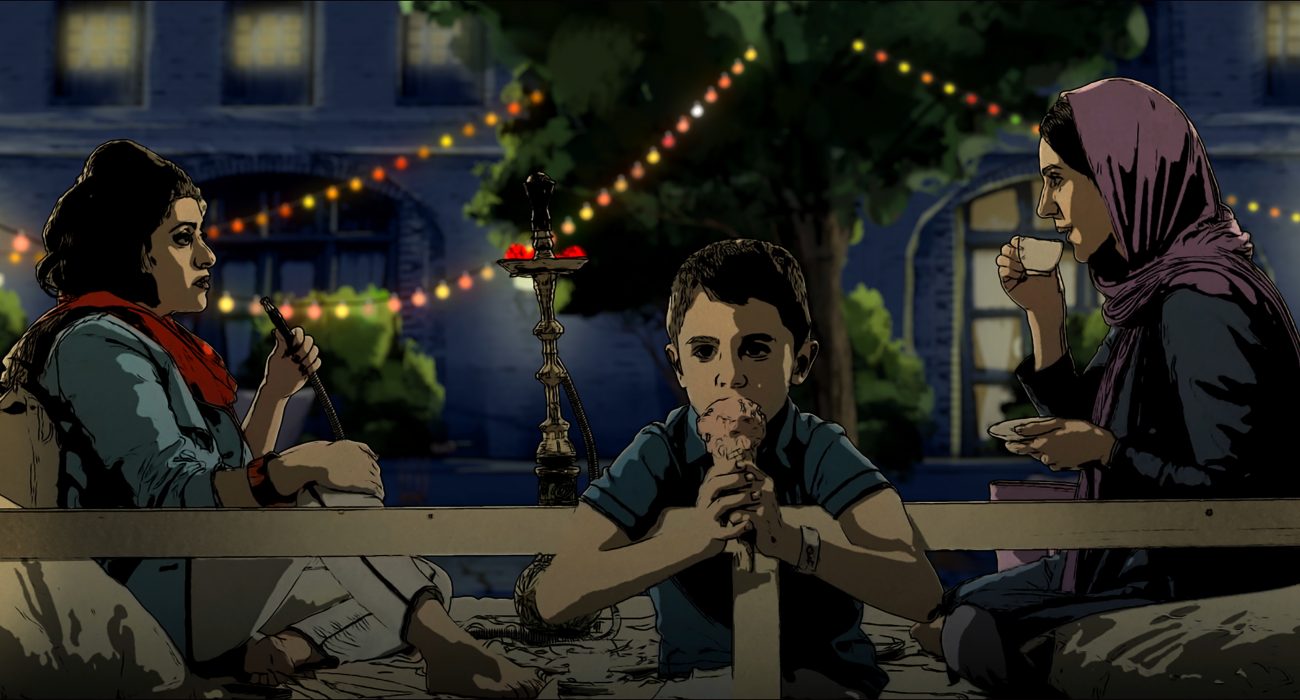 Animations tend to be seen to create a fantasy world, one in which characters have four fingers and a myriad of powers. ‘Tehran Taboo’, however, is far from this. Appropriately named, we get a tense insight into double lives being led not by choice, but by necessity.

Directed by Ali Soozandeh, Tehran Taboo is set against the bustling backdrop of the Iranian capital; the background noise of cars and the consistent bustle of a metropolitan city, see that there is not a moment of silence in the film. This restlessness is heightened by the animation technique used — known as ‘rotoscoping’ this sees animation placed over motion pictures. This constant motion on screen gives the audience no room to settle or relax, ensuring an appropriate level of tension is maintained whilst we follow four different stories. The film’s eventual climax at the end had me sat on the edge of my seat with my head in my hands.

Tehran Taboo does well to highlight the intricacies of life in ways that cannot be achieved through other forms of media like news — at present, our dominant insight into the Middle East.  In a film, the audience is in the characters’ shoes, and for 90-something minutes is given a view of their every day.

The relationship between men and women is certainly imbalanced; there are more scenes depicting bribery than there are of men and women having accepted, public conversations. We are shown one character, Sara, successfully get a job, however, she needs a signature of permission from her husband, which is he less than happy to discuss — she is merely needed to carry his child. The powerlessness of women within the structure of society is shown, however Ali Soozandeh succeeds in portraying them as strong and independent.

We are introduced to a mother, called Pari, who earns her living performing sexual favours and manages to move into a new house, loaned by one of her customers. Pari is the same woman who was denied a divorce from her imprisoned drug addict husband and cannot get work because of regulations and is forced to care for her mute son, alone. Aside from a scene depicting him throwing water bombs — actually flavoured condoms — from a balcony, we see no resemblance of a childhood for this boy.

Although the causes of these problems are due to societal and political issues, this is not the centre of the film. The focus is not on wider society, nor the politics but on how these individuals navigate their lives, which makes the film less intimidating and more emotive to watch.  I would like to highlight, however, that this film is not a documentary and whilst it has been criticised for the outdated nature of some of the events, surely a level of creative freedom is allowed within the realms of storytelling, much like it would be for a film set in Manchester, for example.

This film is poignant and when it ended I had to sit still for a moment before re-entering my reality again. Watch it to hear the beauty of Persian and be immersed in gripping stories of these taboos.