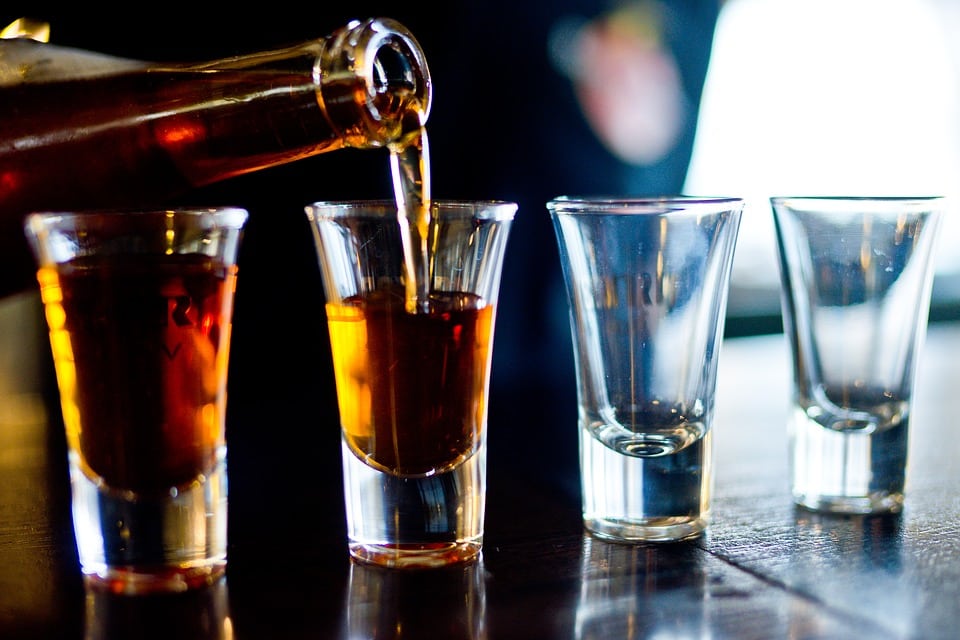 They told me about their first Edinburgh Fringe experience, explaining that it was perhaps the most fun as they “had no idea what [they] were doing” and learnt as they went. They agreed that every fringe is different and commented that fringe has taken on a different meaning now they are both fathers. The ‘Thinking Drinkers’ Pub Crawl’ has now completed its eighth year at Edinburgh Fringe.

Ben McFarland has been crowned winner of ‘British Beer Writer of the Year’ three times. He is also the author of ‘World’s Best Beers: 1000 Unmissable Brews from Portland to Prague’ and ‘Boutique Beer: 500 of the World’s Finest Craft Brews’. Tom Sandham is a leading expert on spirits. He launched the ‘Top 50 Bars of the World and House Tonic’ magazine for the Soho House Group, and is also the author of the award-winning ‘World’s Best Cocktails’.

Ben and Tom are both top drinks columnists for the Daily Telegraph and regularly contribute to an array of international publications. The focus of the ‘Thinking Drinkers’ Pub Crawl’ is the “drink less, drink better” message. Tom and Ben explained that this means that no one should be ashamed to enjoy a drink. But, once informed, you can be more discerning about what you drink.

Ben and Tom explained that as the ‘Thinking Drinkers’ Pub Crawl’ grew from a diversification from writings to tastings they wanted to further how engaging the tastings were, so they added jokes. They told me about how they started with no performance experience and just their expertise. With a ‘bootcamp’ from a theatre director and a producer they embarked on a performance with tastings. They laughingly explained that the jokes have improved over the years.  There show is a blend of entertainment, facts and jokes.

My final question to the Thinking Drinkers was whether they could pick only one alcohol to drink and if so, which one. Tom went for Cognac and Ben, after ruminating about Lagunitas, ultimately went for red wine, a burgundy, having studied in Dijon.