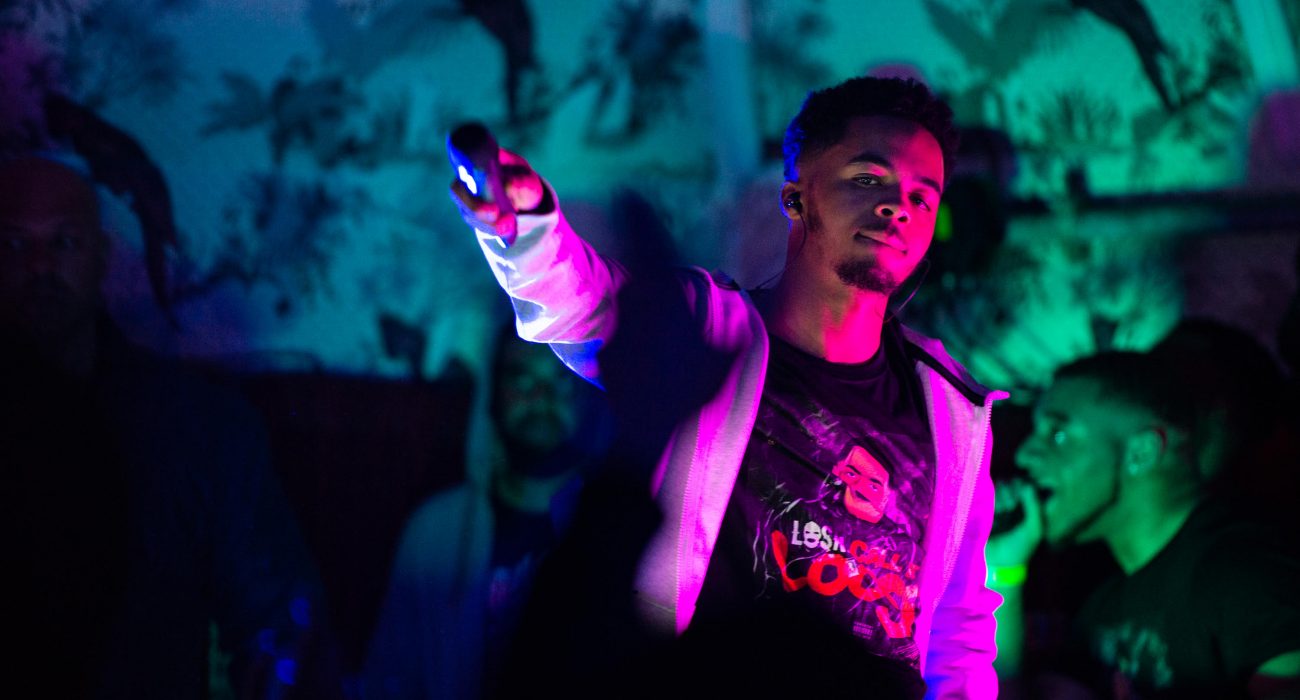 In a bid to broaden my musical scope following Spotify labelling me as having the music taste of a 48-year-old man, I attended the Loski gig at Deaf Institute last night; a night which proved to be a lesson in a genre I didn’t know existed until 2 hours prior. The ‘fish out of water’ experience began with me being pushed by my friend into a mosh pit within a minute of my arrival; a boy next to me pulled me to safety, only to then warn me that I was “going to die.”

I, in fact, did not die and enjoyed the short, but nevertheless, entertaining gig. The relatively small venue, and the crowds inciting of mosh pits during every song, assured the MC’s show was intimate and intense and he sped through his hour set with the ease and confidence of someone who seems like they’ve been doing it for decades, not a mere 2 years.

Loski burst out onto the scene in 2016 as a member of the UK Drill/UK Rap crew, the Harlem Spartans who released a series of successful singles between 2016 and 2017, including the hit ‘Call me Loose’.

At just 16 years old, Loski released ‘Hazards’ which made him a name to watch on the up and coming ‘drill’ scene and the young artist has even pioneered his own genre of ‘afro- drill’. The rawness of this musical niche was evident at the show and within the constraints of his stoically cool demeanor, he managed to appear delighted at the crowd’s enthusiastic reception to songs like ‘Teddy Bruckshot’ and ‘Chop my money’. Sometimes labelled as ‘menacing’, Loski’s latest single ‘Cool Kid’ took the field to the masses with its upbeat pop sound that caught the attention of Drake and Stormzy and the track proved to be a highlight of the show.

It was noticeable that the crowd was young; this added to the air of exuberance throughout the night, and of course, at just age 19 himself, most of the audience not looking above the age of 20 is not too shocking.

Loski’s debut track ‘Hazards’, which is often regarded as the best UK Drill song, was a crowd favourite but his closing track, the most commercially successful ‘Forest Gump’, created the most energised atmosphere of the night and peaked in a final mosh pit. The tune demonstrated that although he continues to stay true to his genre, he is more than capable of moulding it into something more commercially accessible.

At such a young age, Loski has already managed to master a stage presence that kept the crowd hyped throughout and confirming him to be mature beyond his years. Although I was perhaps umbrellaed under the unenthusiastic ‘auntie’ group in relation to ‘Drill’, Loski has converted me, at least partly.