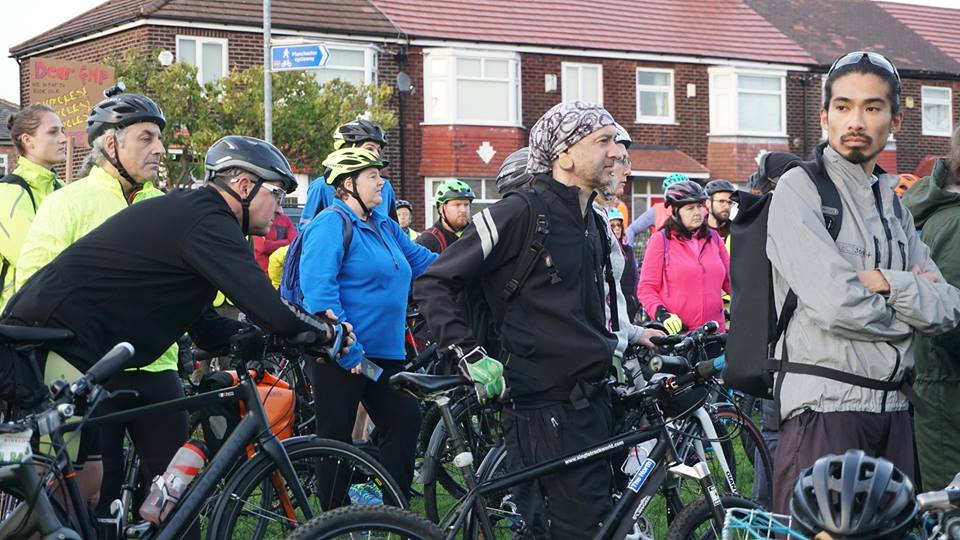 Up to 350 cyclists took to the Fallowfield Loop cycle path last Wednesday to protest at the increase in muggings and assaults in the area.

“We’re scared to ride our bikes,” she explained. “We want GMP (Greater Manchester Police) to take us seriously, because at the moment we feel like second-class citizens.”

The Fallowfield loop is, according to the group, one of the few bike trails protected from traffic. Olympic gold medal cyclist, Callum Skinner, 26, who attended the protest, spoke about the importance of peaceful roads such as the ‘Floop’. He said: “For cyclists who aren’t very confident in traffic, these are really useful routes.”

However, this has lead to riders becoming an easy target for criminals as the trail’s privacy hides them from the police and general public.

Sian Lambert, 40, was one cyclist who was attacked by a group of men. She told us how “[The attackers] kicked my leg to unbalance me. I started screaming; I hoped someone might hear me and come but no one did.”

Matthew Hutchinson, 28, was riding with a friend when a group tried to steal their bags. “They chased us for five or six minutes”, said Hutchinson, who is reluctant to ride the path anymore.

Police report 10 similar instances have occurred in the last six weeks, with a possibility that more have gone unreported. GMP has established an investigation, looking at who are committing the robberies.

Protesters greeted the news, but there was more to be done, they argued. “Presence, coming down here and riding the route more often would send a message”, said Niki Tragen, 51.

However, the GMP has 2,000 fewer officers and its budget has been slashed by £180m since 2010. This has led to a weaker police presence in areas like the Floop.

Many sympathised with the police. Callum Skinner said: “All we’re asking for is a bit more attention for cyclists.” However, to many it seems an increased police budget is the only thing that will bring permanent change.