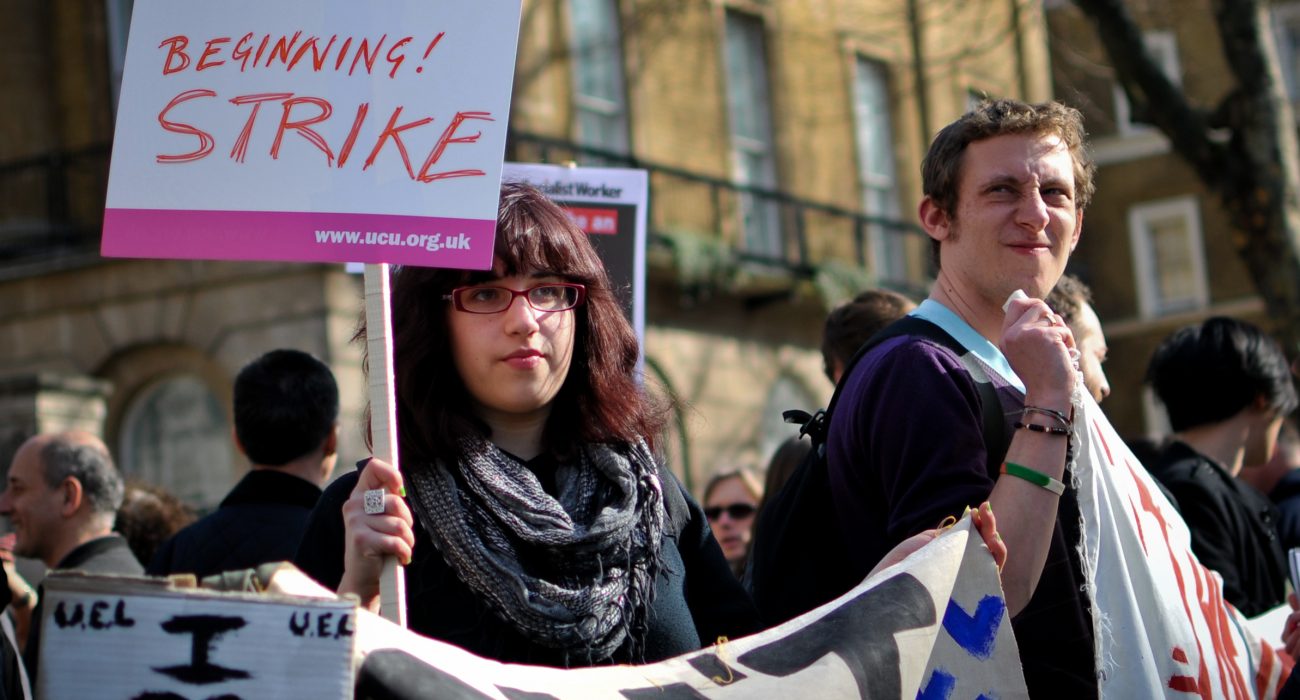 The result of the Universities and College Union’s (UCU) latest strike ballot is due to be announced next week, with the result potentially causing disruption for students across the UK.

The ballot, which closed on Friday, came about after UCU members voted to reject the Universities and Colleges Employers Association’s (UCEA) offer of a 2% pay increase.

Lecturers argue that the pay offer falls short and does not keep up with the rate of inflation – currently at 2.4%. They want a 7.5% increase, or an extra £1,500 – whichever is greater. A result is expected on Monday.

Second-year Politics and International Relations student Tobias Soar said: “Pushing aside the thought of £9,000 a year of fees, ultimately, most people are here to learn. I want to gain a deep, nuanced understanding of politics. These strikes infringe our right to education.”

“The UCU is doing society a disservice by churning out unprepared and not-entirely-educated undergraduates into the world. Even if university was free I would be furious: I’m here to learn and my right to do so is being violated by the strikes.”

Second-year History student Keller Cannon told us: “I’m in the minority because I didn’t mind them striking at all last year even with as long as it lasted and I’d support a strike over pay.”

“University lecturers and teachers in general are wholly underappreciated and I think with how much Vice Chancellors have been known to earn a pay rise for those in the thick of it is not unreasonable. It’s a shame they have to resort to striking and I feel bad for those doing their dissertation during strikes but personally I’ll be able to cope if it’s needed.”

UCU lecturers are demanding that their pay increase to “catch-up” and “keep-up” with inflation. They argue that since 2009, their pay has declined by 20% in real terms. In their claim, UCU say: “Currently 10,144 staff earn below the Accredited Living Wage, almost double the number earning above £100,000 per year.”

Their claim also addresses the gender pay gap, stating: “Whilst the gender pay gap in higher education may have reduced, there is still a significant problem that needs to be addressed with an overall median sector pay gap of 12.2% and a mean sector gap of 12.0% for academic staff and gaps of 11.1% (median) and 9.9% (mean) for professional support staff.”

A UCEA spokesperson said: “It is disappointing for all in the sector that, after extended talks over the spring and summer and a genuine attempt to address the unions’ concerns through joint working proposals, UCU is balloting its members for industrial action. We advised our employers that the pay outcome for 2018-19 be implemented as employers do not feel it right to make employees wait to receive their significant pay increase for the several more months.”

Students remain divided on the issue, with many voicing anger about further disruption to their education. One student, who chose to stay anonymous, told us: “I feel for £9,000 we already (without a voice to decide on what to pay) pay far too much for the contact hours we received so it is unfair and we shouldn’t be the ones suffering.”

However, other students were more sympathetic to the cause. Recent Zoology graduate Kayleigh Lee-Simion said: “I think the anger is misdirected. We shouldn’t be angry at the lecturers who are striking. They are striking over their pay and pensions after all, it’s a matter of them earning enough live on. Our anger should be directed at the University and higher management, who have failed in their talks with the UCU, resulting in the strike.

“We should be angry at the University being run more like a business than a place for higher education, prioritising profits instead of teaching, resulting in them being reluctant to give lecturers the pensions and wages they deserve. And we should be angry at the vice chancellors who sit on £200k+ a year whilst the rest of the staff are underpaid and underappreciated.”

The University has declined to comment until the result is announced.