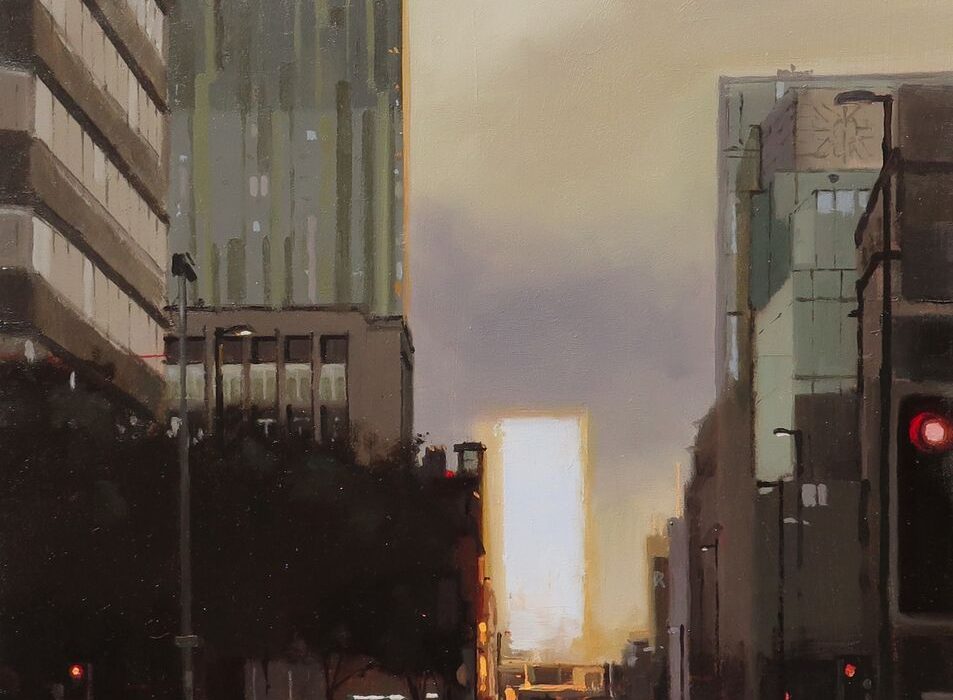 Preview: Michael Ashcroft’s ‘This is Manchester’

A former engineer turned professional artist, Michael Ashcroft’s career began after having treatment for a brain tumour. Since leaving his former job, Ashcroft has had his paintings displayed in 28 different exhibitions and is now returning to the Contemporary Six gallery this November for one of his own.

Named ‘This is Manchester’, the collection is focused solely on his vision of this city in particular. In an interview, Ashcroft said: “This exhibition is a culmination of three series that I have been working on over the last 18 months; I have never had a show based just on Manchester work so this is actually the first.”

Ashcroft grew up in a rural Lancastrian village and much of his work is an appreciation of life in the North of England, representing the familiar buildings and luscious northern countryside with affection. Ashcroft suggests that his work is rooted in his admiration for his home region: “I was always fascinated with Manchester as a child growing up,” he says, “the hustle and bustle and bright lights of the big city as it were and that’s what I’m trying to capture I guess, the same feelings I had and still do from being in the city.” This warmth is reflected in Ashcroft’s work through soft, blended brushstrokes and through the golden light that bounces from the city’s familiar pubs and buildings.

Yet Ashcroft’s relationship to the city has, in the past, been tumultuous, particularly in regards to the tumour he had been treated for at Manchester Royal Infirmary in 1998. “Thankfully the 12-hour operation went well although I lost my voice along with the left side hearing and swallowing paralysis. I spent two weeks in hospital, the longest time I had spent in Manchester.”

Rather than souring his relationship to the city, Ashcroft credits it with helping with his recovery, since it too was experiencing the aftermath of its own trauma — the IRA bomb that had hit two years earlier. “The city was going through a regeneration period and building itself back up and so was I. I thought I would have turned away from Manchester but I actually grew to love it more and more. I always visited the Whitworth or Manchester Art Gallery whenever I was there for a check-up so I always left the city with a good feeling. It was there that my passion for art grew stronger.”

In his paintings, Ashcroft seems to take the position of a care-free pedestrian, visiting and admiring many of the same landmarks that residents and visitors have always grown close to, including the Night and Day café and skylines of Deansgate. The feeling that Ashcroft attributes most readily to his work is honesty, and his desire to portray the Manchester he adores is clear in his paintings. “I paint what I love,” he says “There is no other reason than that.”

‘This is Manchester’ runs from the 1st to the 14th of November at Contemporary Six.