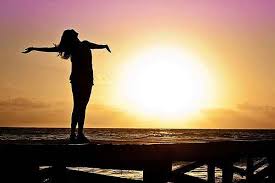 People are currently raising money for their own travelling adventures on GoFundMe. There are currently 6797 live Travel and Adventure campaigns on GoFundMe and nearly all of them have reached their target or are very close. These are targets of thousands of pounds and it is not just mummy and daddy and distant aunties who are donating but random members of the public.

These holidays include trips to the Indian Himalayas for the Duke of Edinburgh Award and to Miami to girlfriends on Spring Break. The website even has its own section specifically for people trying to raise funds to go Disneyland. I am incredulous at how this is working.

The GoFundMe campaigns for travelling is a fundamentally lazy way to get money. Creating an account and writing less than 200 words on your campaign, in my humble opinion, does not constitute earning money. Believing instead that they should be handed everything on a silver tray because god forbid they ever do something themselves.

There are many ways to travel cheaply or to survive if you are stuck abroad after having spent all your money on Goa’s most exclusive parties. Many hostels offer free accommodation, food and sometimes even alcohol for those who work as little as an hour a day. As well as new online ventures, such as WorkAbroad, which make it safe and easy to find work opportunities in other countries.

Many travellers will give you countless examples of locals taking in broke travellers, looking after them, and getting them back on their feet. This goes as far as offering free accommodation, food and even fixing them up with a job.

Furthermore, who is donating to these campaigns? And why on earth are they doing it? Some people have tried to frame their campaigns in such a way that it sounds like you are donating to a charity by donating to their dreams of travel. In the same way that people are more likely to vote for you on X Factor if they are know you are doing it for your Nan.

However, I am not convinced. With little accountability that these people will ever do what they say they will and not take their your generously donated money and spend it all on various drugs at the Full Moon Party in Thailand.

At least GoFundMe pages are not as abhorrent as travellers begging for money for travel, sitting next to locals begging for money for food. Maybe those locals should set up a GoFundMe page. Travellers should look to their own resourcefulness to fund their adventures, and who knows, maybe serving a couple drinks in a hostel on a tropical island paradise might actually not be that bad.