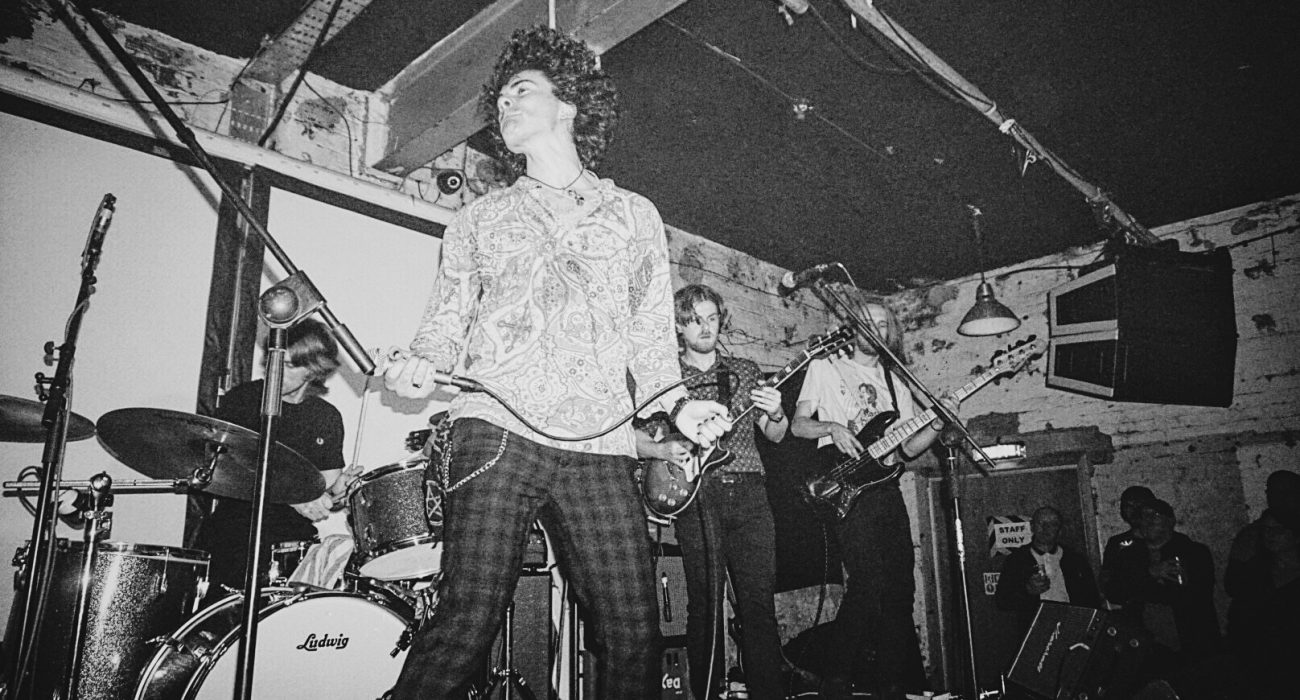 On October 16th, the Liverpool-based Peach Fuzz supported their scouse psych-pop predecessors, The Vryll Society, in their five-night UK tour, making their Manchester debut in the beloved Soup Kitchen. The five-piece, struggling to pin themselves to one genre, lightheartedly settled on “psych-pop and rock’n’roll”, which is evident in their dreamy, synth-backed sound that underpins most of their songs.

Interviewing frontman Nat and lead guitarist (also writing partner) Danny left me curious. In a post-modern world of recycled creativity and innovation droughts, I was sceptical, questioning whether yet another rendition of “Psych-pop” with an edgy, theatrical front-man would be anything to get excited about — but I was pleasantly surprised.

Speaking to the two revealed a wealth of experience in the Liverpool music scene, with both previously playing in multiple projects before this newest pursuit; they admitted, though, that this had “grown legs” and harboured “more momentum, more quickly” than anything they’d worked on previously.

When asked where the band had pulled most of its musical influences from, Nat praised psych contemporaries “like Pond and Tame Impala” amongst others like “Unknown Mortal Orchestra and The War on Drugs”. Whilst admiring their sound and wanting to create something with a “similar production to Pond’s ‘The Weather’“, the two also recognised the need to also cultivate something with their own spin and individuality to remain exciting.

My first listening experience of Peach Fuzz came from their recently released first video, ‘Destroy the Evidence’ released by Skeleton Key Records (with help from Liverpool Artist Amy Cadwallader) showcasing their dreamy, pop style in all its glory. Although catchy, the boy’s joked that their choice over this being the first debut video was dictated by “the boss” and perhaps this is evident in the way that their presence seemed slightly unassuming and lacking compared to their live performance which was completely the opposite.

Their set exceeded my expectations and made clear that, whilst Peach Fuzz may resemble something that you’ve seen or heard before, they are definitely worth a trip to see them perform and definitely worth keeping an eye on in the coming years.

Despite only having eight songs in their repertoire, they range fully in a way that keeps their sound anything but ‘samey’, the prime example being ‘Molten Poly Rock’ a song that Danny described as “a heavy metal nursery rhyme” which was a refreshing interlude for an audience primed exclusively for Vryll Society’s synonymous psychedelic haze-pop.

Soup Kitchen was a perfect venue for Peach Fuzz’s 25-minute set. The intimacy of the venue amplified Nat’s affinity for front-man theatrics, which he admitted were probably “sub-conscious” references to the front-men he’d grown up admiring, “Bolan, Bowie and Iggy Pop.” Interestingly, with these subconscious renditions, he also made clear that he was “More than a sum of my (his) influences, with some clear individuality in there too.”

These theatrics were most apparent in ‘Softie’ (a ballad commenting on the stigma surrounding male mental health) which blinkered the audience to Nat’s emotion and movement throughout. The rest of the band, comprising of two brothers Danny on lead guitar and Phil on drums, with ‘Toppo’ on bass and Tom on Synth remain somewhat timid in comparison to Nat. Although they are definitely not timid in their musical skill, which arguably allows Nat’s front-man antics to shine as the musical backing is on point.

Whilst for many new-coming bands a full tour may have been daunting, the Peach Fuzz boys’ previous experience under other aliases aided them for their first full tour with the Vryll Society, remarking that the tour was “a blast, getting better with each night!”.

Future plans for Peach Fuzz include supporting Clean Cut Kid in their November tour and hopefully following this, the recording of an album. All in all, a band to certainly keep your eye on. 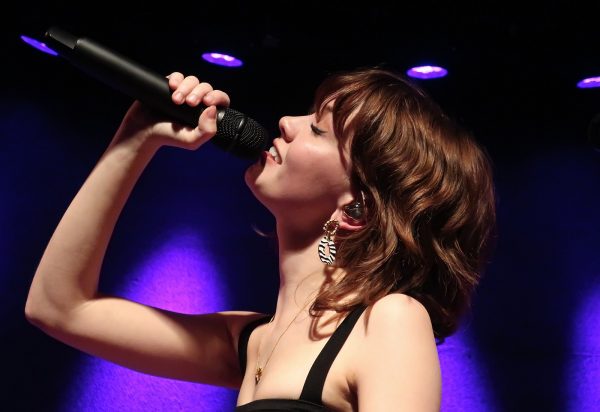 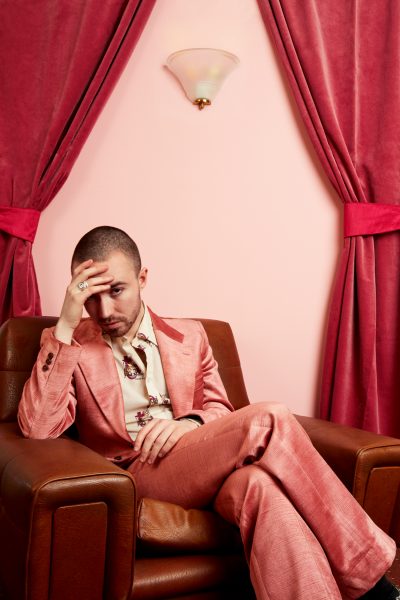