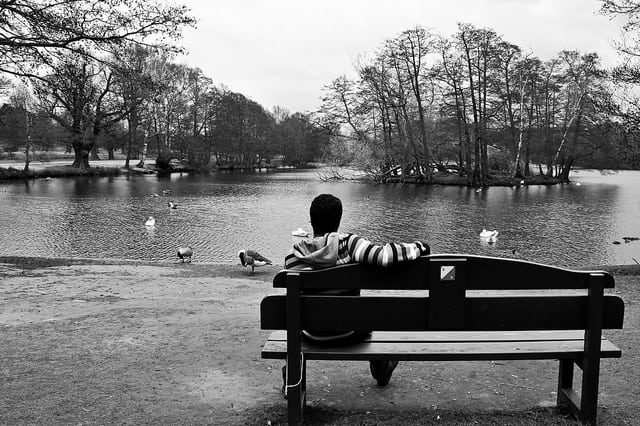 Study finds that millennials are the loneliest generation

55,000 participants from across the country engaged with the BBC Loneliness Survey, part of BBC Radio 4’s weekly ‘All in the Mind’ radio program. The series covers various topics concerning mental health, such as psychology and psychiatry.

Although there was a higher proportion of young people reporting feelings of isolation, older respondents noted that the time they felt most alone in their lives was during early adulthood. These formative years may be the first time that many people experience such emotions, perhaps suggesting that many establish coping techniques as they age.

This view was supported by Professor Christina Victor of Brunel University London, who further added that the loneliness felt by millennials was not a new phenomenon. Instead, the lack of research in the past 50 years on the topic may be the cause of surprise at the findings. “For all we know, the loneliness of the young could be a continuation of a pattern dating back to the 1950’s. It’s just we never bothered to ask,” Victor said.

The rise of social media and its widespread prevalence is perhaps one of the most significant divisions in the upbringing of millennials relative to older generations. With nearly 4 hours per day spent using mobile phones, young people today are arguably better connected than ever before. Despite this, those with the most Facebook friends were found to be lonelier than those with fewer.

Surprisingly, the notion that loneliness was largely a negative emotion was not widely found amongst participants. A staggering 83% stated that they liked being alone and appreciated their own company. A somewhat lower 41% felt that loneliness had the potential to be a positive experience.

Although a high proportion of participants noted positive aspects to spending time alone, many still acknowledged that there was an underlying stigma surrounding loneliness. Older participants reported feeling less shame than their younger counterparts, though claimed to be more inclined to hide their feelings rather than openly discuss how they felt.

Earlier this year, the Conservative party accepted a series of recommendations as outlined by the Jo Cox Loneliness Foundation to combat loneliness across the country. Tracey Crouch, Minister for Sport and Civil Society, was delegated to lead a cross-governmental team focusing on strategies to reduce feelings of isolation within the UK. A pool of money was also allocated to aid the government in introducing various community cohesion projects, an attempt to bring communities closer together and encourage the formation of friendships. The funding will also seek to increase the quality and accessibility of mental health provisions.

The results of the study are discussed in greater detail by BBC Radio 4’s Claudia Hammond, alongside philosopher Julian Baggini. This broadcast is accompanied by a series of podcasts entitled ‘How You Can Feel Less Lonely‘, each episode taking into consideration various practical lifestyle changes which may encourage mindfulness.

If you are struggling with your mental health, the SU has an advice service which is free to drop in on weekdays. More information can be found online.