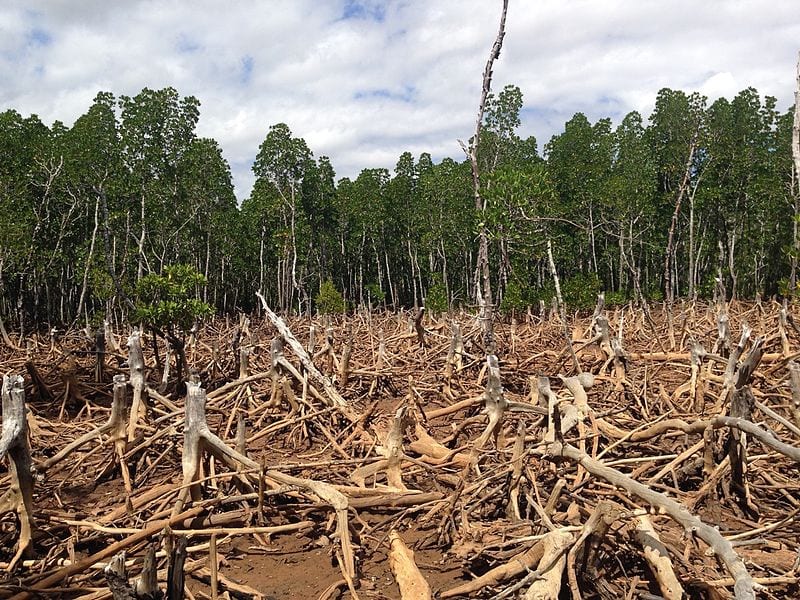 Just a few weeks ago, the world’s leading climate scientists announced that mankind has just twelve years left to limit the irreversible impact of climate change on our planet. Sparking conversation across the globe, the news has, for most, awoken a desire for change. But in order to ignite this change, perhaps we should first look back and ask ourselves: how did we get here? This is the question addressed in The Overstory, the latest novel by established American author, Richard Powers.

Shortlisted for The Man Booker Prize this year, The Overstory is incredibly ambitious. Its timeline spans generations, intricately weaving together the lives of nine individuals whose profound, and often devastating connection to trees, forms a grand narrative with nature at the heart of its understory.

In Powers’ America, disease and deforestation have been allowed humans to destroy the natural landscape for decades. Until, as the novel nears the turn of the century, his diverse cast are brought together by eccentric student Olivia Vandergriff and scientist Patricia Westerford, to save what remains of the ancient forests.

Powers is no stranger to formal experimentation, and I found that his use of other books, poetry, philosophical interjections, and even illustrations, enriched the narrative layers at work. The book seems to always be doing two things at once. When reading about a character in the present, its lucid prose transports you years into their future and back again in a matter of lines. Powers’ style captivates with its raw portrayal of human experience, whilst instilling an acute awareness of the trees whispering: “Listen. There’s something you need to hear”.

Illuminating the parallels between the natural world and the increasingly technological human world, however, is not always so elegantly done. There are occasions where the use of botanical jargon becomes a little tedious, and the mechanical descriptions throughout tech-God Neelay Mehta’s narrative are jarring at first, taking some getting used to. Despite this, the beauty of the metaphor is not yet lost on Powers. Vietnam veteran Douglas Pavlicek falls from a tree down to Earth a “winged seed”, and Chinese-American engineer Mimi Ma’s understanding of “The Refuge Tree” is transformed after her journey into environmental activism. The contrast between activism and ignorance, so relevant in today’s political climate, is explored throughout the novel.

Each of the characters we come to know suffer tragic losses or have life-changing encounters, which serve either to bring them closer to, or push them away from, nature. Some lose their parents, freedom, or a sense of identity, causing them to abandon a childhood intrigue with the world around them. Others are brought back to life, literally and figuratively, by “the presences”, enlightened to the fact that life is about something so much bigger than themselves.

Powers allows these experiences to shape each character’s relationship with the environment. An artist joins others in peaceful protest, only to face the same institutionalised violence that the news refuses to report today. A skeptical psychology major who wants to study the minds of “tree huggers”, is converted after interviewing the illusive Watchman and Maidenhead. The book sympathises with many human rights issues that our society is currently facing whilst placing the self-absorbed aloofness of humanity under the microscope.

At times, I found myself frustrated at certain characters’ development. I had hoped that Neelay would maintain his innocent belief in possibility, and become a central figure in the battle against deforestation. And the poignantly portrayed breakdown of Ray and Dorothy Brinkman’s marriage demanded most of their arc, making them difficult to place within the ecology of the novel. But Powers’ inability to shy away from harsh and unforgiving reality, is just one of the things that makes The Overstory so powerful. Accidents happen and relationships crumble. We find ourselves on the brink of breakthrough before life steps in and tells us, against our better judgement: “you are not ready yet”. Neelay and the Brinkmans’ delayed epiphanies are only made more rewarding, in the end.

The Overstory is a novel about connection, about understanding, about seeing the world outside of ourselves, not just our place within it. Through his eclectic style and rich characterisation, Powers tells us all how even “the best arguments in the world won’t change a person’s mind. The only thing that can do that is a good story”.