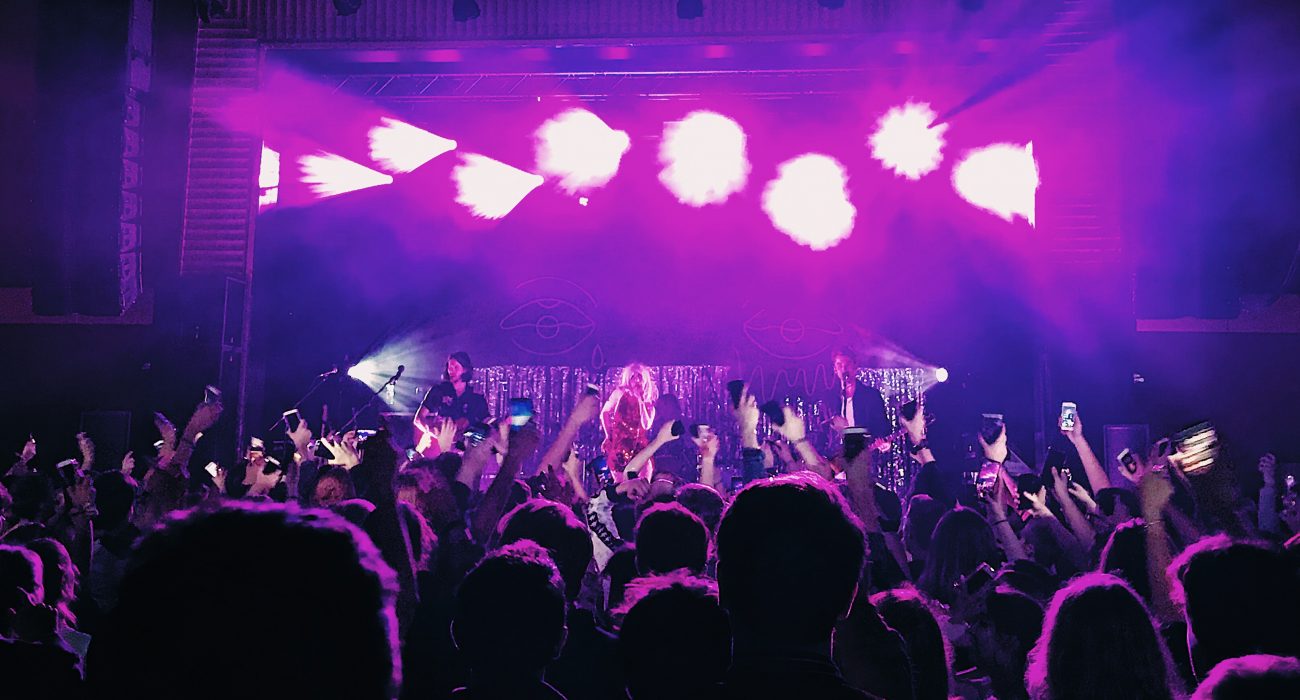 Black Honey present the ultimate image of a polished indie-rock quartet with a healthy mix of shimmering guitar, power ballad efficiency and Americana style radiating from their self-titled album that arrived just this September.

This Brighton four-piece have slowly enraptured the minds and hearts of their fan base in true David Lynch style: a softly focused world of drama and sonic visualisation, backlit by a stunning neon scatter of dancing lights and decals. Their latest offerings have been described by Ben Kitto from publication The Edge as “a carefully and cleverly cultivated sound” which is, without doubt, an impressive and vital feat for a first album release.

I was intrigued to explore the live performance of a band that had up to this point portrayed a mysterious semi-realism that had surprised and captivated me during their performance on The Library Stage at Tramlines 2018.

Lead vocalist Izzy B. Phillips has a dream-like, soft quality to her voice that draws you in, particularly towards the delicately imploring track ‘Corrine’ that invited the audience to fall into a gentle wave about halfway through their set. This moment was my highlight of an otherwise highly disappointing gig that missed the mark in performance and distinctive delivery. It was a shame to see the set reduced by poor sound and performance when being initially enticed by the pure joy and excitement that the brightly, glamorous neon eyes of the stage backdrop brought.

Put simply, it lacked the character and promise that had been fore-promised in the elegant portrayals across the band’s music videos and indie-rock clarity. Popular tracks that should’ve flown with ease such as ‘Crowded city’ seemed to fall flat amongst a myriad of issues such as a broken guitar, low-level live vocals from the entire band and a heavily used backing track that detracted from the beautiful simplicity of Izzy’s live vocals.

One thing that remains to their credit is their incredibly impassioned and dedicated fan base that keenly crowd surfed and formed dance pits to almost every track. If nothing else it was heartening and a delight to watch these tracks come to life within the eyes of an eagerly awaiting crowd who were undoubtedly invested.

Unfortunately, Black Honey have yet to prove their status as a great live indie-rock powerhouse at this time but who knows what the future holds for such a highly destined band.