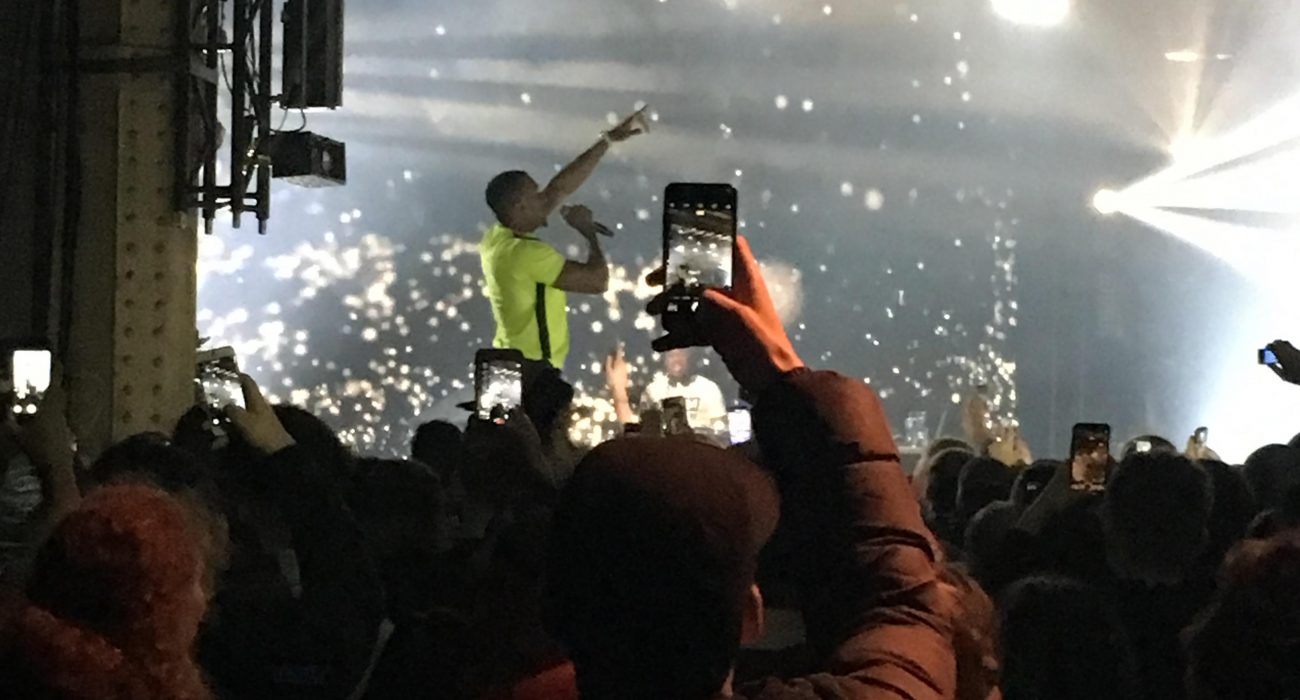 Bugzy Malone demonstrates just why he is King of the North, as he puts on not one, but two shows to promote the opening of The Factory as part of Manchester International Festival. This special edition saw Malone, a somewhat outsider of the traditional London grime scene, make a confident return to the stage since his tour almost a year ago.

The Crumpsall-born 27-year-old MC, named after the 1976 children’s gangster musical, earned himself a name after featuring on Fire in the Booth with Charlie Sloth on BBC Radio 1Xtra. Listing inspirations from Tupac Shakur to Quentin Tarantino, Malone grew up merging his influences of rap music with his struggles in prison as a juvenile.

Using his narrative lyricism to put “Manny on the map”, there was no better place to see the man himself. Malone’s quick tongue with a deep Mancunian accent to capture the pressures he faced growing up in Manchester, facing admissions of criminality, depression and debt, compensated with pop song hooks, left the young audience roaring for more.

Although the venue was somewhat chilly and WHP drinks prices raided my back account to keep me warm, Malone sure whipped up a sweat in the crowd, beginning mosh pits that would have left heavy metal fans jealous. The physical presence on stage, exemplified by Malone’s captivating energy and sweat-soaked clothes, showed that he had given this well-thought-out performance his all.

Blending his hard edge with the likes of soul sensation Rag ‘n’ Bone Man to create ‘Run’, Malone demonstrated that grime doesn’t just belong to one stereotype. Shifting from the crowd-pleaser ‘Memory Lane’, sharing lyrics from Oasis’ ‘Wonderwall’, there was no better way to end the night for a crowd of Mancunians.

As someone who has seen Malone a handful of times before, this gig was undoubtedly the best I have seen so far. It was a privilege to be in the presence of the man who gave grime a name up North. A self-made trendsetter, unique and confessional, Buzy Malone really has shown his contribution to the evolution of grime.