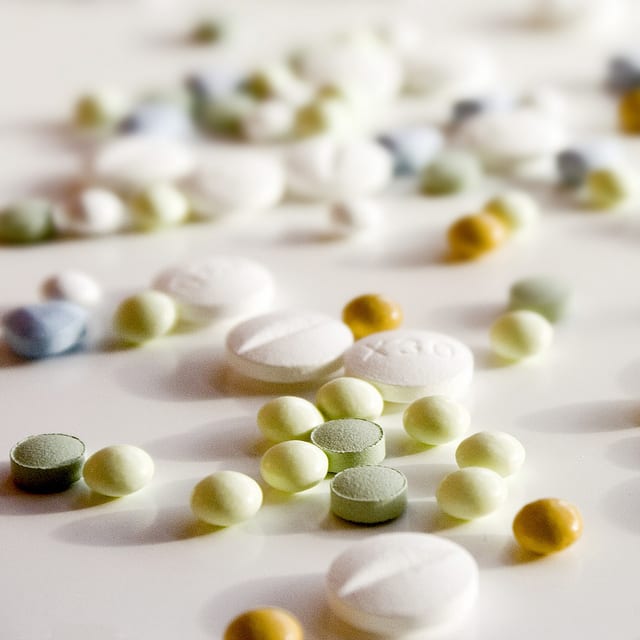 Our relationship with antibiotics: cure and concern

Our reliance on prescription medication today is undeniable. Nearly half of all adults in the UK take prescription medication weekly, while figures in the US are not dissimilar. Although life expectancy has increased substantially since the industrialisation of pharmaceutical production, there are rising concerns with the readiness at which GPs are writing scripts for certain drugs, in particular antibiotics.

Used in the treatment and prevention of bacterial infections, antibiotics are one of the most popular and ubiquitous medicines prescribed across the world. These drugs work by taking advantage of bacterial properties that are lacking in humans. For example, the presence of cell walls. Beta-lactam antibiotics inhibit the production of cell walls in bacteria, causing them to burst due to an increase in internal pressure — a process known as lysis.

New research conducted by the University of Manchester has found that antibiotics are an avoidable trigger for bowel disease. A range of different antibiotics were administered to mice, monitoring results on the concentration of microbe communities present in their gastrointestinal tracts. Following one week of treatment, a harmful immune response was seen in the mice lasting for around two months, the equivalent of several years if extrapolated to humans.

Administration of the antibiotics caused a significant depletion of microbial environments in the mice, a requirement for the production of short-chain fatty acids. These fatty acids have been shown to prevent the harmful immune response observed.

Antibiotic side effects are not just limited to those involving the gut. A systematic review of research conducted by the Universities of Manchester, Leeds, and Sheffield has linked antibiotic administration to the onset of harmful side effects in the lungs. In part funded by the European Union, the €24 million venture investigated drug-induced interstitial lung disease (DILD) through the development of new innovative imaging techniques.

Symptoms of DILD can include breathing difficulties, fibrosis, and inflammation of lung tissue. These can often remain unnoticed for a number of years following use of the drugs, a particular concern considering the mortality statistics for DILD patients. 25% of those involved in the study eventually died as a result of lung implications.

Perhaps a more concerning result of over-prescription and misuse of antibiotics is the potential for bacteria to become immune to the effects of these drugs. Due to random variations in genetics between generations, bacteria can develop resistance to the mechanisms utilised by the medication to exert their effect. Often coined as ‘superbugs’, these new resistant bacterial strains have been suggested to have the potential to kill 1.3 million people in Europe by 2050.

There are a whole host of factors contributing to the acceleration of antibiotic resistance. Patient-level misunderstanding, however, is the foundation on which this issue lies. Many patients visit GP surgeries with conditions not entirely suitable to antibiotic treatment. Although not in the best interest of either party, prescriptions are all too often still written.

A staggering nine out of ten GPs admit to being pressured into writing scripts for ‘pushy’ patients, with 44% conceding that they had written scripts solely to get patients to leave their surgery. This is particularly prevalent in cases of viral infections, where antibiotic treatment is completely useless.

A more deep-rooted issue is that of how we conceptualise disease. Many common illnesses occur in combination with others — take high blood pressure and heart disease, for example. Despite this, drug trials conducted on animals don’t consider disease combinations. This is extended to human trials too. 69% of patients with multi-morbidities are not included in clinical trials due to worries of intensifying their symptoms. Clearly, effective medications for specific disease pairings could be missed here entirely, leading to the overuse of ineffective drugs.

As it stands, momentum is growing in academia to reform our drug testing models to account for the intricate, intertwined nature of disease. With it becoming increasingly evident that overprescription is fuelling side effects and resistance rather than remedies, it is clear a new approach is necessary.