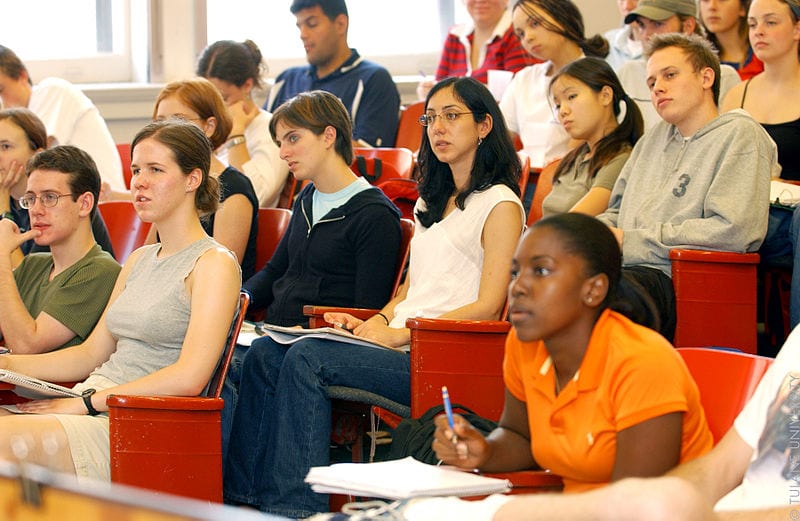 Students in England could soon choose to undertake  an “accelerated” two-year degree course in the future, with a 20% yearly increase in tuition fees.

Although the current annual tuition fee stands at £9,250, the cost of the “accelerated” programme will cost around £11,000 per year, almost a fifth less than the long-term course.

The government has argued that this will “encourage more flexible ways of studying”, giving more mature students the opportunity to undertake a degree.

In an attempt to reduce the number of mental health-related problems amongst students, it has also been suggested that this more cost-effective route for higher education will allow students to worry less about their finances. Recent research has shown that 31 percent of students in the North West are concerned about money whilst studying at university.

However, some can argue that the more time-limited and intensive course can spur mental health problems, as students will be given fewer holidays and shorter deadlines.

Universities Minister, Sam Gyimah said: “Accelerated degrees not only make it possible for the next generation of students to access higher education and the undeniable financial, academic and personal benefits it has to offer but drives the sector to offer dynamic choices that serve students’ needs.

“Providers will be able to tap into a new market of students, particularly mature students and those who commute, who were previously locked out of higher education.

“This provision creates a new arena of competition that delivers for students, taxpayers, and employers.”

Despite the proposals for the scheme sounding positive, concerns have risen about problems related to extending staff contracts and the interference of research projects.

Chief executive of the Russell Group, which includes the University of Manchester, Dr. Tim Bradshaw said: “Greater choice for students is always good but I would caution ministers against ‘overpromising’.”

Following the Accelerated Degrees Government consultation in February, Dr. Bradshaw added: “The Government’s own projection for the likely take-up of these degrees is modest and we actually hear many students calling for four-year degrees, for example, to spend a year on a work placement or studying abroad.

“I wouldn’t want disadvantaged students to rule out a traditional three-year course because they didn’t believe they could afford it. Upfront support with living costs is available and graduates repay their student loans based on their earnings.

“Instead of gimmicks which risk undermining the international reputation of our higher education sector, the Government should focus on fixing the underlying problems with our current student finance system, which piles debts on students.”

This new plan promises to leave students up to £25,000 better off, although the quality and standard of the degree, backed by education heads, is still questionable compared to the three-year course.

The University of Manchester have declined to comment on the future of short-courses at UoM.