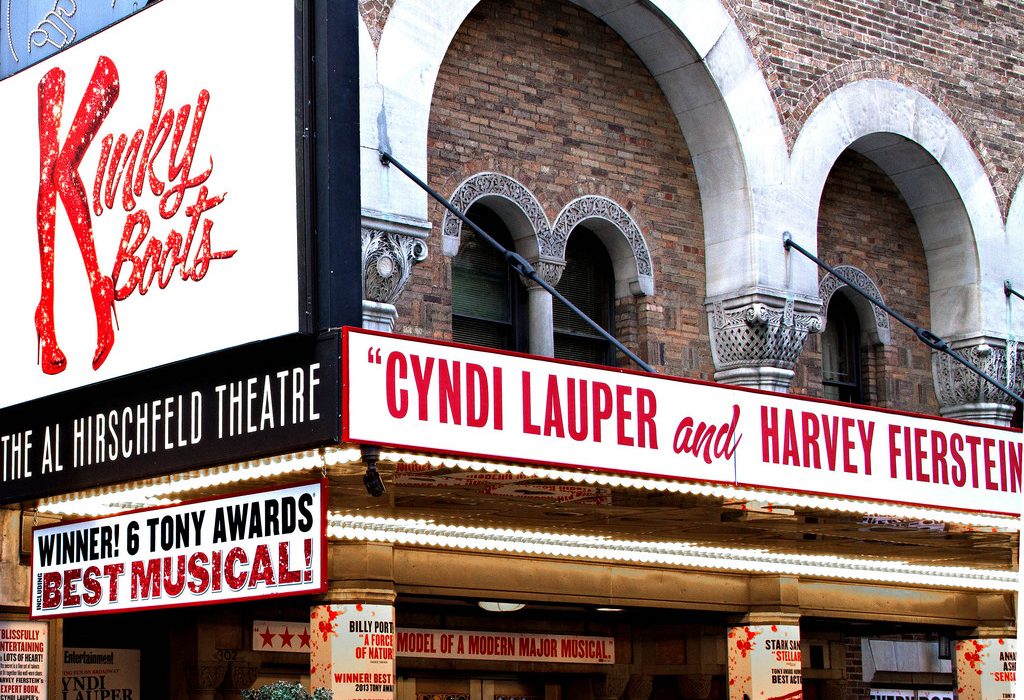 Paula Lane, starring as Lauren in ‘Kinky Boots’, is most famous for playing the villainous Kylie Platt on Coronation Street, until she met a fate worthy for a loveable villain – bleeding to death.

‘Kinky Boots’, however, was not so bloody; it was very “reeeeeddd,” but this was the red of “sex” and “passion”, not of murder. Thanks to main character Lola (Callum Francis), I will never be able to wear red the same again. My days of innocence are over…

‘Kinky Boots’, based on the 2005 film of the same name, is inspired by true events in which a struggling shoemaker created a line of fetish shoes for men. An ordinary shoe factory owner forms an unlikely friendship with a drag queen to produce a line of high-heeled boots and save his business. In the process, the two men discover that they are not so different after all.

Callum Francis was the absolute star of the show. He understudied the role of Drag Queen Lola in the West End and starred in the show during its tour of Australia. His performance was camp, classy and, of course, kinky. His sass, sex appeal, and passion were exuberant; his vocals were insane, and his performance was both touching and hilarious.

Lane’s performance was excellent and I wish she had had more time onstage. She was witty, fun, and loveable as Lauren, a damsel in hot-mess. It takes a talented singer to pull off “good bad singing.”

I like a big show. At first, I felt it was dull and dreary, but I soon realised that was the point: Charlie’s business was failing, and his relationship was far from romantic. As his girlfriend stated, if he was sleeping with anyone, it wasn’t her!

One of the most excellent things about Kinky Boots was the set. When the show first started, it seemed as though the set wasn’t going to be all that impressive, which saddened me as a big set is what I look forward to in a musical! Granted, the exterior and the interior of the shoe factory consisted of big set pieces, complete with signs and staircases. But it was all quite dull and simple. Yes, it is a shoe factory, but the browns and greys felt dreary and mundane. However, it soon became clear that this design choice was on purpose: the dull colours and simple set reflected Charlie’s life of ordinariness, incompleteness and dissatisfaction.

The set, following the arrival of Lola, immediately became more sparkling and glamorous. The dull browns were washed away with dazzling reds; the brick walls were replaced with elaborate staging, fit for a quality performer. The drag queens even managed to use a conveyer belt as a catwalk! Lola added glitz and glam to Charlie’s simple surroundings: she didn’t just save his failing business; she saved his incomplete life.

Lola and her posse of sex bombs, each and every one of them, was a Queen. Not just Drag Queens. QUEENS. They filled the stage with their big muscles and perfect make-up, giving a great big middle finger to a society consumed with gender norms and values.

This show is far beyond the social concept of gender. Fortunately, they did not feel the need to preach to the choir, as is the case with some theatre such as the provocative, but preachy, ‘Jubilee,’ starring punk Queen Toyah Willcox and trans-feminine, performance artist Travis Alabanza at the Royal Exchange Theatre last year. Indeed, this show knew its audience, and it embraced the diversity.

The cast was diverse in every way, from race to weight; it was a perfect display of people from different backgrounds coming together to create something wonderful — the actors creating a fabulous show, and the characters creating the kinkiest of boots. Indeed, the show perfectly summed up what happens when all kinds of people open their minds and their hearts… they learn to love, they love to learn, and they get kinky!