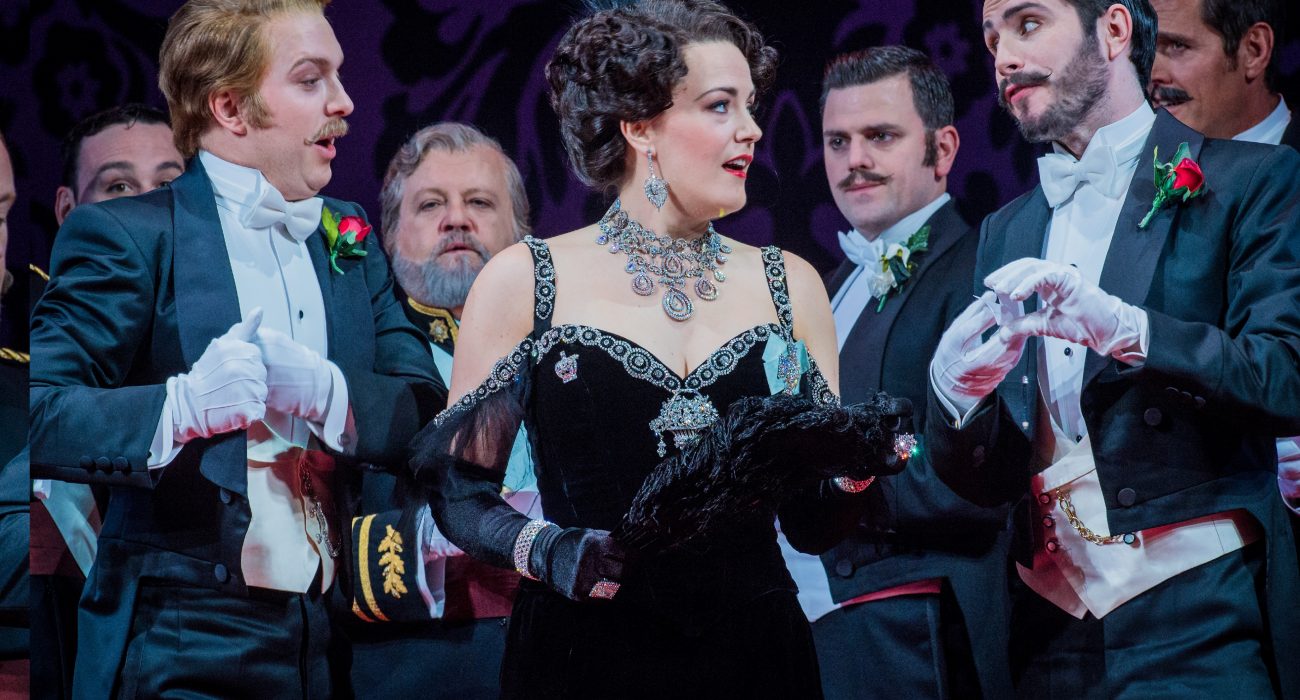 Having been initially apprehensive about the ‘The Merry Widow’, I found myself smiling throughout the performance, mesmerised by the operatic voices, the glittering costumes, and vibrant scenery.

The operetta, which was first performed in 1905, was adapted beautifully by director Giles Havergal to accommodate the humour of the 21st Century — such as a few Brexit related quips. More humour surrounded the relationships and conflicting attitudes of men and women, as the play encompasses themes of love and money.

The formidable Katie Bird dominated the stage with her presence and voice, holding the audience spellbound; her portrayal of protagonist Hanna Glawari encompassed modern attributes that made her humorous and charming as well as independent and outspoken. Her romantic rival, Danilo Danilovitsch played by Quirijn de Lang was equally strong. His amusing bachelor persona provoked laughter in the audience and complimented Bird perfectly; the romantic tension was ever-present.

However, the secondary plotline surrounding the secret romance between the Ambassador’s wife Valencienne (Gillene Butterfield) and the Count of Rosillon (Nicholas Watts), though relevant to the epic conclusion of the performance, received slightly too much attention and sometimes even distracted from the main plot. Despite this, the chemistry between Butterfield and Watts was undeniable, their farcical interactions encouraged many laughs, and above all their enchanting duets absorbed the audience.

The plots intertwined and flowed comfortably, however one scene in the third and final act involving a loud Can-can number felt rather out of place among the surrounding glamourous scenes. I found it irrelevant and slightly dragging, and though the dancing women were enjoyable to watch as they twirled across the stage, it added nothing to the rest of the performance. On the other hand, a song performed by the lead male characters – involving singing out their frustrations with the over-emotional and confusing ways of women – was a pleasure to watch, I found myself laughing through the whole number.

Overall, ‘The Merry Widow’ was a comical and vibrant performance that you can’t help but love. The biggest question I asked myself when leaving the theatre was not concerning the production itself, but about the audience. Why weren’t there more young people? Young people seem interested in musicals, but you say the word ‘opera’ to them and they recoil from fear of boredom. ‘The Merry Widow’ was my first operetta ever but I was more than pleasantly surprised.

So whether you’re looking for an accessible performance to ease into intense works of theatre or merely want to be captivated by voice and music for two hours, I recommend ‘The Merry Widow’. There is more out there than just catchy musicals.