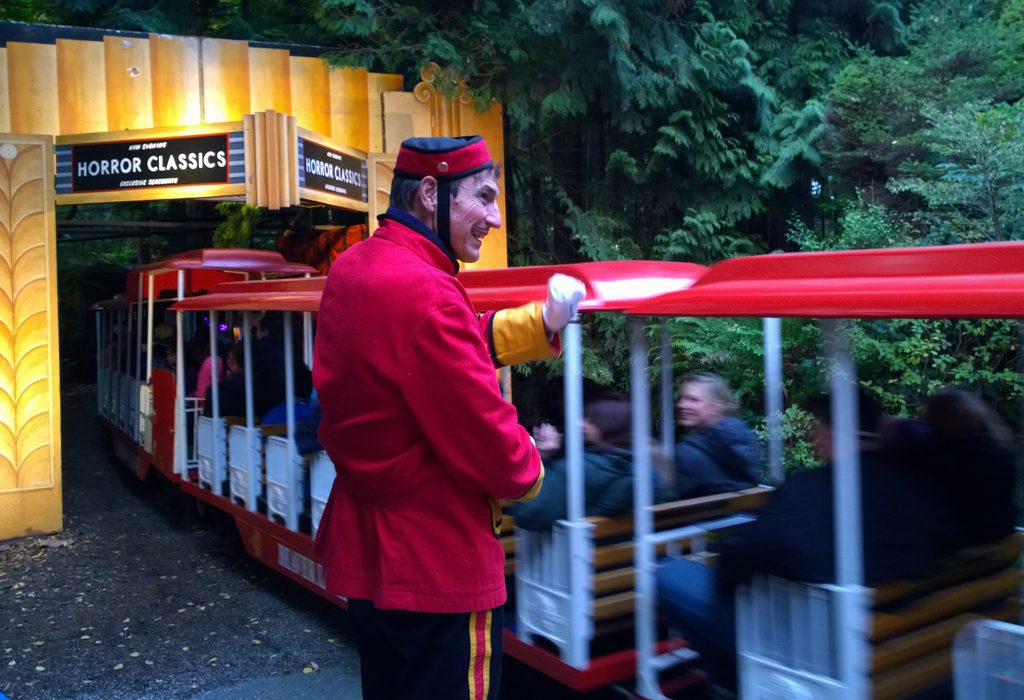 Slasher movies get a bad rap. Even more so than other entertainment schlock genres like cheesy action movies and romances, the slasher genre seems to be particularly sneered at. The formula is simple. Take a group of young people, put them in a scary setting with a loose killer, whittle them down and, above all else, make the ending vague enough to leave that sequel door open. Even though many slasher films follow this, there are a strong few that try to stand out. What’s perhaps more interesting is one which attempts to climb that extra mile, but stops at the halfway point and hangs back like an eight-year-old bragging about reaching the first branch of the tallest tree. This is where Hell Fest comes in.

The idea behind Hell Fest is genius. It follows a group of students at a horror theme park, with creepy rides, gory live shows, and costumed actors jumping at guests. Among them, however, is a costumed killer who uses the setting to make his murders seem like part of the ride. It’s a premise that speaks to our nightlife fears more than a lot of horror films even attempt to. It creates some moments of genuine suspense when a figure in the killer’s costume pops up midway through an attraction, and we don’t know whether it’s him or another actor.

In addition, never seeing the killer’s face or motive was refreshing, and made his on-screen atmosphere genuinely eerie. The kills are mostly your run-of-the-mill knife attacks. But it’d be unfair not to credit some creative slayings involving a high striker, and an injection needle shot in a way that made me wince in my seat.

Hell Fest is mostly let down by an unremarkable cast, most of whom do very little besides getting killed. The actors try their best to bring some energy and likability but have little to work with. I appreciated that they attempted to have likeable characters – as opposed to Eli Roth’s typical scum bucket – outside of the cutesy main love interests, yet none of them stood out. Tony Todd cameos as a ringmaster, but is disappointingly underused. The park itself is also well designed, but becomes tedious after the third scary maze set-piece. And that’s on top of other silly plot holes: why does a theme park have a real axe in its display? Why doesn’t the main character know the difference between acting and what is clearly a real woman being murdered?

Hell Fest isn’t bad, it’s just a bit predictable. There is a genuine Carpenter-esque inspiration behind it which, combined with the short running time at only ninety minutes, makes the film a decent and worthwhile watch, even if it’s sometimes lost among the tedium and repetition.