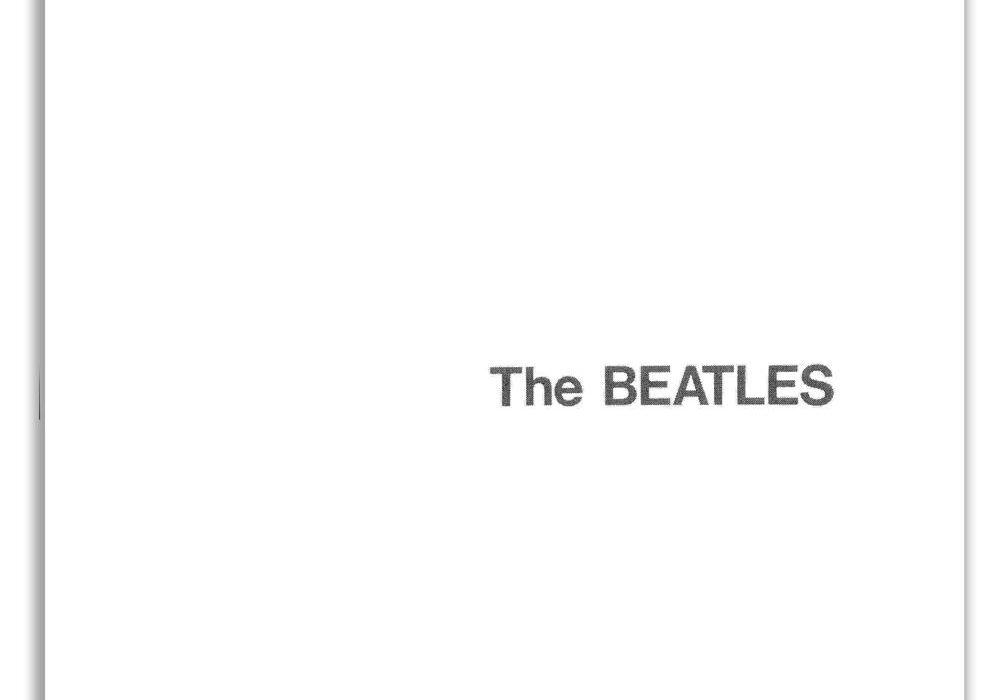 Nearly 50 years ago today, The Beatles released their ninth studio album simply entitled The Beatles but known commonly as The White Album for its ultra-minimalist blank white cover. It was a stark contrast to the psychedelic array of characters covering its predecessor – the genre-changing Sgt. Pepper. The White Album is commonly known as the beginning of an increasingly fractured Beatles. Lennon and McCartney collaborated on fewer and fewer songs, and Yoko Ono’s presence in the studio caused problems for the whole band.

Despite this tension, The Beatles managed to produce an incredible album. Their first double LP, thirty tracks altogether, and each song is a unique creation. The opening track, ‘Back in the USSR’ grabbed prevailing pop clichés of the Beach Boys and Chuck Berry and lyrically flipped them into a pro-Soviet anthem. This kind of creativity was only an inkling of what succeeds it on the album. Each track provides a totally different style that flows in no way smoothly to the next song, but still maintains a satisfying juxtaposition of sounds.

The Beatles in 1968 were solidified as popular music legends and creative geniuses, and this album shows a lot of changing lyrical content. The fanciful and surreal concepts of Sgt. Pepper were much less prevalent, with many tracks reflecting on personal experiences and beliefs. Much of the album was written in, or inspired by, their time in meditative retreat in Rishikesh, India. Lyrics aside, the instrumentation is as ambitious if not more than its predecessor. The densely layered ‘Glass Onion’ with a beautiful string section, the ethereal ‘Happiness is Warm Gun’ and its constantly shifting time signatures, or the overpowering, proto-hard rock style of ‘Helter Skelter’ (later proclaimed by Charles Manson to be prophetic of an impending race war).

1968 was a turbulent year in world politics; assassinations of US political figures, the USSR’s invasion of Czechoslovakia, and massive anti-Vietnam war protests, to name a few. The Beatles disliked people reading heavily into lyrics as well as getting involved in politics themselves, however, some tracks do reflect the zeitgeist. Notably ‘Revolution 1’ and ‘Revolution 9’. The former has Lennon sympathetic to protesters’ cause but still wary of revolution, “you tell me it’s the institution/well you better free your mind instead”. The latter is not a song in itself, but an experimental sound collage. Lennon’s ambition was “painting in sound a picture of revolution”. It’s deeply unsettling with chaotic sounds of destruction and disembodied cries, but remarkably effective at doing what Lennon intended.

Often called by critics as three solo albums (sorry Ringo) mixed into one, it certainly comes across as such. However, I think The White Album was still a bold step in The Beatles’ creative direction. Even the idea of a double album was a novelty at the time, but they took the concept and ran with it. They still genuinely needed each other’s talents to produce the album but were far less bound to a cohesive idea of a ‘The Beatles’ in their songs. In doing so new ideas shined through like never before, and a truly seminal album was made.