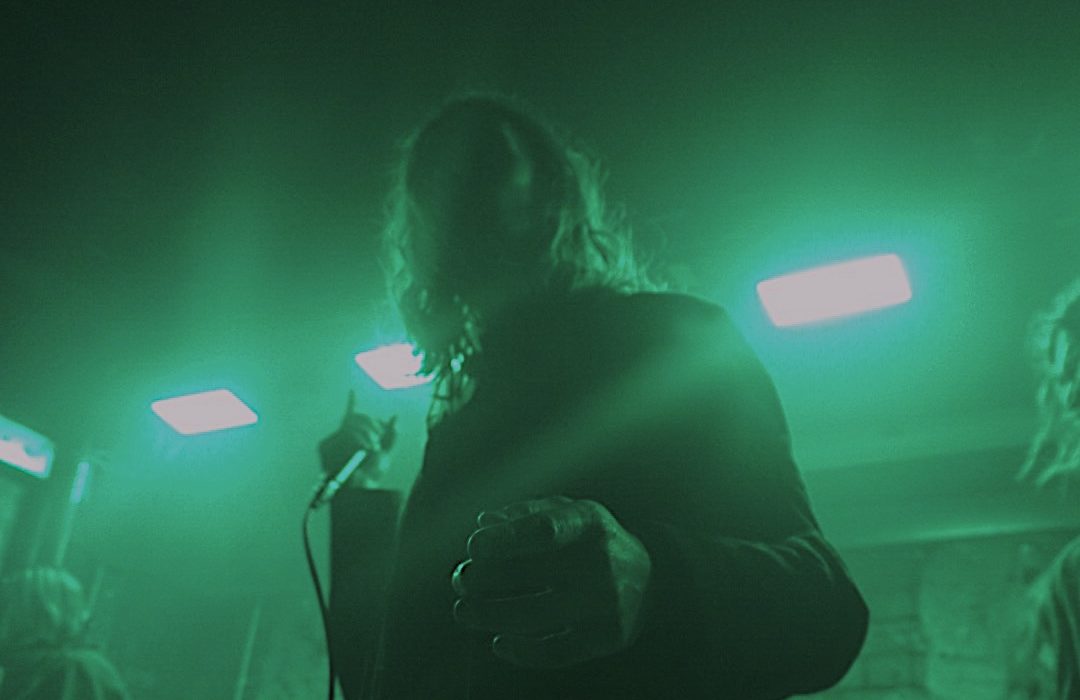 There is always something utterly invigorating about seeing a band like Broken Hands in an intimate venue, especially given their overdue arrival back onto the level plane.

Taking comfort in the fact that this is my second time seeing Broken Hands play a small space, I definitely possess a sense of snobbery in capturing the Kent-born 5-piece at a local’s pub before they get huge.

Having said that, the venue itself just wasn’t fitting for such a formidable force. Armed with a meteoric debut album that certainly breaches the safe noise dose chart, Broken Hands are a wall of incessant, electrically charged energy that leaves you coated in sweat. For this reason, my urge for someone to start a mosh-pit throughout their set became quite overwhelming — you simply can’t stand still for such a volatile performance.

Frontman Dale is young Ozzy’s reincarnation with his eccentric demeanour and his plaguing laughs that fabricated every crevasse within the old brickwork. Equipped with distinctive and powerful vocals, Broken Hands are able to fully pursue their feverish riffs and harrowing drum beats with the utmost vigour.

‘Turbulence’, ‘Meteor’, and ‘Four’ from debut Turbulence are laced with intergalactic presence, a certain presence that plunges you on the band’s ethereal voyage. However, the quintet pulls you right back to reality with their more grounded recent releases ‘Split in Two’ and ‘Friend’s House’.

Having recently signed to legendary Atlantic Records, Broken Hands are now not only equipped with a current discography that proves to make some of the loudest noise in the current industry, but they’re now backed by a label that will undoubtedly steer their supernatural desires. Broken Hands are certainly on the verge of explosion.

Admittedly, I am a little less excited about the band’s upcoming releases than I had hoped. It appears they’re pursuing a slightly more commercialised sound as opposed to their debut Turbulence. However, if this makes the boys more accessible to gain that large fanbase they so rightfully deserve, I’m nothing short of elated to be part of the ride.

After seeing Broken Hands play larger spaces such as Castlefield Bowl and Leeds Festival’s Jack Rocks tent, I have every ounce of faith that Broken Hands will be massive.  Their music is simply too big. It’s too big for small stages and certainly too big for the current rock industry. Just ask Dale, I bet he’d greatly appreciate a little more space to conduct his full body flinches and dramatic swinging.

Even though they’ve been gone for a while, the industry will certainly be re-awakened to the shockwaves that Broken Hands so effortlessly release into the sonic sphere.

Oh, and boys, I miss the lab and tinfoil coats.