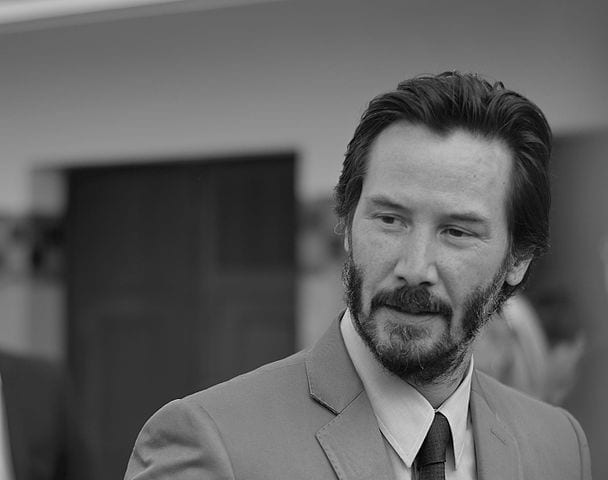 Matthew Ross’ Siberia is about as cringey as the ‘romantic crime thriller’ genre it has been categorised as. Keanu Reeves stars as himself playing American diamond expert, Lucas Hill. Lucas’ assignment in Siberia is compromised when he falls for the beautiful Siberian café owner, Katya (Ana Ularu). That is honestly about as thrilling as it gets.

There was next to no action; apart from the final scene which takes up the final five minutes of the film, and this was considerably lacklustre. The gaps in action are filled with many, many dire sex scenes that were, quite frankly, uncomfortable to watch. They served no plot purpose, except maybe to remind us that Lucas fancied Katya, something there certainly weren’t any other indicators.

The appearance of Molly Ringwald’s name in the opening credits was a confusing yet intriguing surprise, but her limited screen time in the role as Lucas’ wife was disappointing. This was through no fault of her own; Ringwald’s performance is limited to a Skype conversation and this is only really to establish the fact that Lucas is indeed married. This only serves to make his seduction of Katya very slightly more interesting.

One element I did appreciate was the use of spoken Russian. Many films rely on the use of accents alone to portray a sense of place, but the use of language and subtitles was quite refreshing. This is where my appreciation starts and stops, however. The costume choices were questionable as Keanu Reeves spends most of his time in Siberia in a relatively lightweight camel coat, whilst the natives are much more sensibly wrapped up in hats, scarfs and gloves. The impeccable condition of the jacket throughout serves as another indicator of a pretty uneventful ‘crime thriller’.

Obviously, I wasn’t expecting to watch an Oscar contender and I thought I knew what I was getting myself in for; a mindless but entertaining bit of action. This was not the case. A lot of the time, I felt like I was watching the director Ross’ somewhat niche but ultimately pubescent fantasy of seducing an eastern European woman in a Siberian café.

Part of Keanu Reeves’ charm is how well he slips into the role of hero/antihero in his films. You know what you’re getting when Keanu has top billing, or at least I thought I did.

I would recommend you don’t waste your time on this and go watch Point Break instead, which I did afterwards to satisfy my need for some mindless Keanu Reeves-centred action. Fingers crossed that during his next gig, the prop guy and special effects team show up on set.