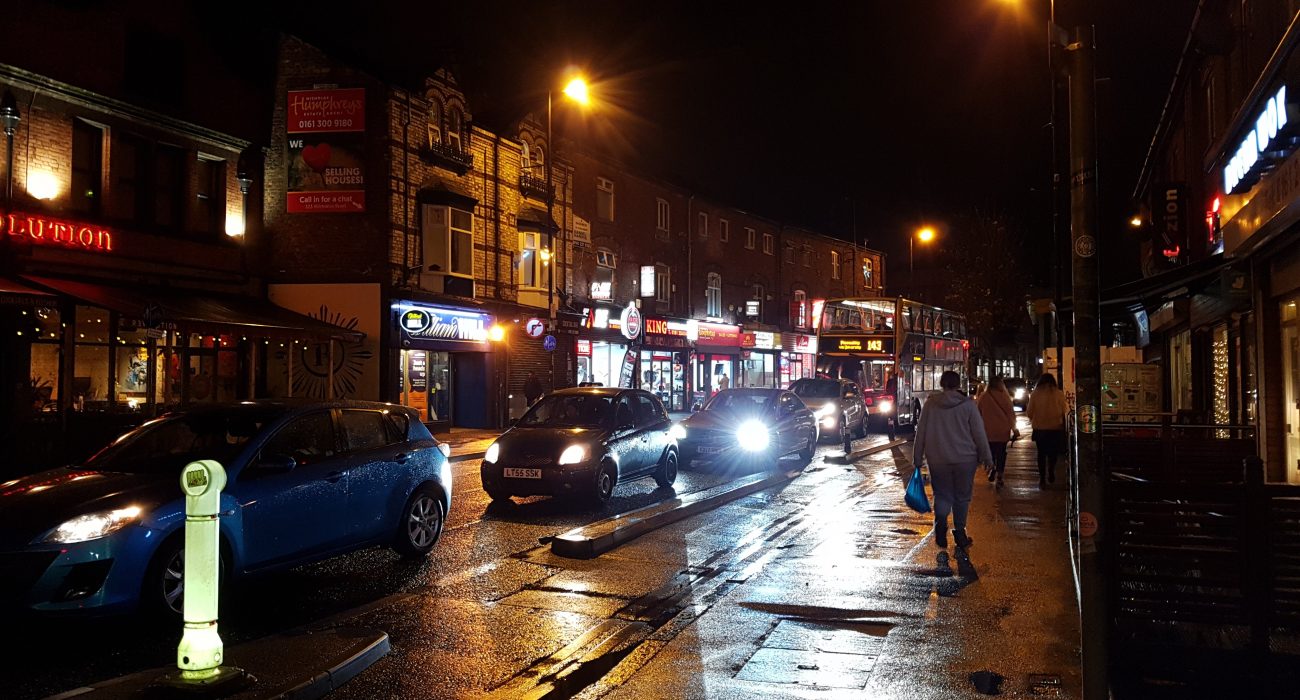 Any student in Manchester will have undoubtedly heard of Fallowfield and almost certainly will have lived there at some point. It’s well known for its lively house parties, delightfully dingy accommodation, and the best post-night out food. Yet recent closures of legendary institutions in the area bring into question its status as Manchester’s premier student area.

In the past year, ‘The Tower’ has become unoccupied, both the Fallow Cafe and The Font have closed down, Tesco Express and the post office contained within have now disappeared. Even the famed bandaoke at the Ram is now merely a ghost of the past.

Haus replaced Fallow Cafe briefly, but it did not last long. The Bar has set up residence but only time will tell if it will have a lasting influence in the area.

Maybe we, as final year students, are just getting older, but it feels like Fallowfield is no longer that alluring place at the end of the Curry Mile. It seems as if it has lost its student spirit.

Talking to first-year students and residents of Fallowfield, people are still drawn to this residential area because of how social it is and the convenience of popular venues such as Friendship Inn. “I guess Fallowfield is…like the hub of social activity for students,” Max, a first-year Fallowfield resident tells us, “…it makes sense to live here as opposed to somewhere a bit further away.” Indeed, the area lends itself to the needs and wants of the younger student population.

For a lot of freshers, this suburb is seen as the most sought after location when it comes to selecting accommodation, often the reputation of Fallowfield transcends generations, as was the case with first-year Martin. “I was told by everyone on the open day it was the most social campus with the best student bar, [where I was] most likely to meet new people,” Martin explains. “As well as my uncle having been in Fallowfield in the 70s and saying it was the best experience of his life.”

It’s difficult to say whether it’s the people or the place which makes the experience, but for both Max and Martin, each of these factors play a role, and the threat of crime is just taken as normality: “It’s definitely lived up to expectation, although I don’t know how much of this is due to the fact I live in Fallowfield or just because I’ve met some really cool people…. [I’m] staying here next year, [although I’m] slightly worried about being burgled, but I guess it’s part of student life.”

However, it’s evident that Fallowfield is changing to those who’ve lived here for several years. Perhaps the academic demands of final year make students inclined to move away from the area, or the deterioration of the facilities are pushing people away.

The Mancunion Investigations Editor, Felix Hanif-Banks, looked into the Council’s plans of moving students out of the area and the impact this would have on local businesses, in November 2018. Indeed, he remarks how Fallowfield is currently experiencing a lot of change, often not for the better. “The council has clearly had enough of students making Fallowfield into their home. Businesses are struggling to keep licenses and landlords can no longer turn new houses into student accommodation,” Felix explains. “Fallowfield is definitely in decline and students seem powerless to stop it, if most are even aware of what’s going on.”

MSc Clinical Immunology student Georgia, completed her undergraduate study at The University of Manchester and lived in Fallowfield for two years, but has since moved closer to the university. She explained to us how living ten minutes away from Fallowfield allows her to enjoy the best of the facilities on offer as and when it is convenient: “…I’m only about a 10-minute walk from the heart of Fallow and it’s kind of nice not being in such a loud and student area…I like being able to walk because after 2 years the buses were enough for me.”

Commenting on the developments affecting the area, Georgia stated that a loss of nearby business did not strictly indicate a downward spiral: “I don’t think it [Fallowfield] has changed for the worst, I just think places change.”

She also pointed out that some of the businesses that had not survived in Fallowfield were not the most popular ones, with some students showing a distinct preference, such as using Sainsbury’s over Tesco Express or The Grand Central over The Font. Georgia further questioned the choices and habits of students, asking: “What else do you use in fallow apart from the bars and pubs which haven’t changed much at all since we’ve been here?”

When compared to other areas, Fallowfield, in Georgia’s opinion, has one clear advantage: “The appeal is being around so many people…” The unique atmosphere of the area is crafted from a blend of the different micro-hubs acting as exciting forums for students to socialise. Whilst she remarks that areas like Victoria Park are safer and quieter, she understands why first-year students, in particular, would be drawn to living in Fallowfield.

Despite this, she is keen to support the fact that students shouldn’t be afraid to explore housing options outside of this bubble: “There’s definitely more to student life than Fallowfield…” Not battling for a seat on the bus, a heavier workload, and a restful night’s sleep appear to be just some of the factors swaying older students to move away.