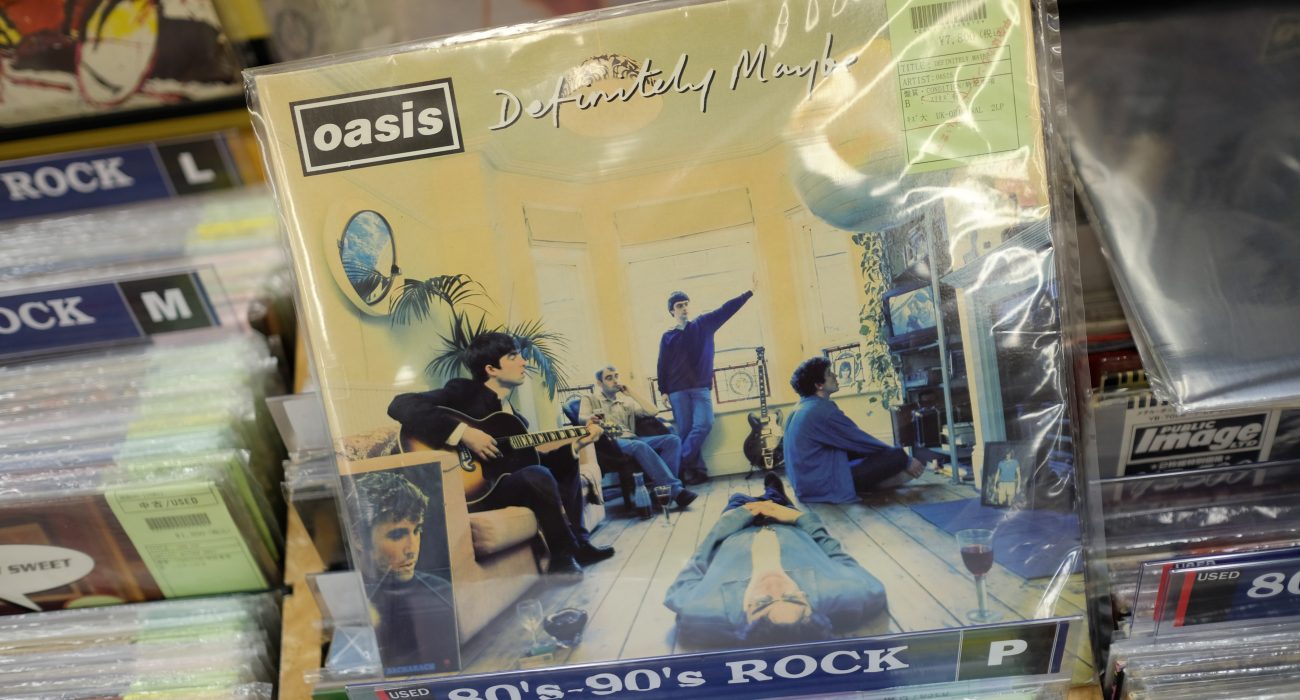 Twenty-five years ago, 5 twenty-somethings from South East Manchester changed the face of music for a generation. Rising from the ashes of the acid-house ‘Madchester’ scene and against the backdrop of the creeping influence of US grunge rock, Oasis released their critically-acclaimed debut studio album Definitely Maybe and altered the course of rock history.

Much has since been said and written about the band’s near-constant line-up changes, lacklustre twilight years, and, of course, the animosity between the Gallaghers which led to the band’s break-up in 2009. However, there is still no doubt that Definitely Maybe still stands as a seminal album and arguably, perhaps the greatest debut of all time.

Through the album, they managed to display a microcosm of British ‘lad’ culture that had never been explored before and showcased the immense egos of a band which were willing to call the opening song of their debut album ‘Rock ‘n’ Roll Star’. Whilst to many this blatant display of over-confidence was unwelcome, to their fellow disillusioned youths it only cemented their status as anti-establishment rockers.

Shining throughout the entire album is Noel Gallagher’s songwriting skills which dance between anthemic stadium rock with ‘Supersonic’ and ‘Cigarettes & Alcohol’ and the slightly more sedate but still heavily guitar driven, ‘Shakermaker’ and ‘Slide Away’. Whilst his influences quite clearly stem from the British Invasion bands of the mid-1960s, there is still an overriding element of originality to his music which has become iconic in its own right.

However, despite Noel’s songwriting prowess, Oasis’ defining sound came from Liam Gallagher’s instantly recognisable vocals. Despite the particularly scathing criticism of his voice’s decline in later years, at the height of their fame in the 1990s its hard to imagine anybody else being better suited to performing their songs to massive crowds all over the world.

Of course, it’s impossible to mention their cultural influence without addressing their rivalry with other Britpop-era bands. Although there was their much-publicised feud with Blur and their competition with Pulp and Suede, ultimately Oasis’ debut album paved the way for Britpop to become the cultural phenomenon it was.

Even now, twenty-five years on, their influence is still palpably felt at the heart of the UK music scene. Particularly in Manchester of course. Both post-Britpop bands, particularly Coldplay and Keane, and more recent groups including Arctic Monkeys, Kasabian, and The Vaccines all owe a great debt of gratitude to the Gallagher’s revival of guitar-driven British rock music.

Of course, over the years, as the standard of their music waned and their off-stage antics were given more media coverage than their music, its possible to feel Oasis were overrated and their influence overstated. However, what a group of working-class lads from Manchester achieved with their first album is still incredible and will likely never be topped.

Ultimately, after re-listening to their true magnum opus, it’s impossible to not conclude that their music and influence will truly ‘Live Forever’.