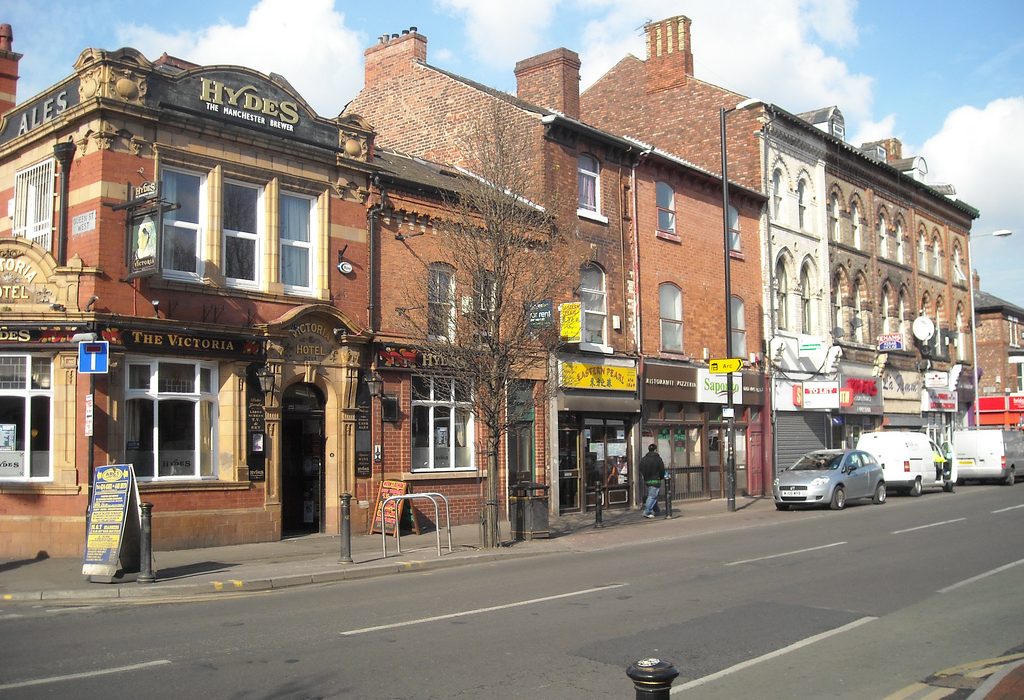 One of the most popular areas for student homes is facing a burglary epidemic of more than one break-in reported every day, with a record 448 burglaries in 2018 alone.

Analysis by the Manchester Evening News (M.E.N) found that there were a reported 32 burglaries per 1,000 people in the borough, compared to 23 in West Didsbury and 16 in Fallowfield.

A Freedom of Information request by the M.E.N found that, shockingly, 423 of the 448 cases ended with no identified suspect, while just two appeared in court to be charged.

Incredibly, the concerning figures do not even fully cover the Withington area. The west of the borough falls under Old Moat, where a further 231 cases were recorded.

The issue appears to be long-term, with 439 burglaries having occurred in Withingon during 2017, meaning close to 1000 break-ins took place across a 24-month period.

The Withington area has become popular with a range of different groups, often misinterpreted as a quieter, and more upmarket Fallowfield.

A number of professionals working in the city, and families have chosen to live in the suburb as a result. Students also choose second and third year houses in borough due to cheaper rent prices.

Yet, it may appear that the most vulnerable demographics are being targeted by some of the most vicious and regular attacks across the city.

A letter penned to the Mayor from residents on one street in West Withington detailed the levels of horrific crime in the area.

”The incidents of thefts are on the increase, with burglaries, car thefts, attempted entry to cars and videoed trespass in the early hours.

”There is an atmosphere of insecurity and fear in the entire avenue, as far as I am aware all concerns have been reported to the police including one by myself however, there is no noticeable increased police presence.

”Only tonight, a resident been mugged on the street whilst walking his dog. This was at 18:45.

”We the residents, have requested an increased police presence and have now had to resort to approaching unknown vehicles at 4.00am and chasing individuals away.”

Such fear-instilling reports are evidence of the rising crime epidemic spreading across the streets that citizens of Greater Manchester call home.

No longer are these incidents restricted to the targeting of students in Fallowfield, or particularly violent suburbs, as criminals seek to take advantage of opportunities wherever possible.

Greater Manchester Police’s (GMP) south district commander Superintendent Dave Pester commented on this trend: ”But it’s clearly not all students. The students have been a target for burglars. What that then does is create a vulnerability for the settled residents.”

The question of exactly how these incidents can be combated is at the forefront of Greater Manchester Police’s (GMP) current efforts.

It has been recently announced that increases in the council tax precept will be used to place 320 new officers on the streets throughout 2019 to 2020.

170 of these will become neighbourhood police officers, working to help the vulnerable in communities such as Withington. The other 150 will be split equally between three teams, that will work independently to tackle local problems, supervise the city’s transport systems, and undertake detective work.

Despite this new recruitment drive, GMP is still being left significantly disadvantaged in its battle against crime in Greater Manchester.

The force would have completed measures to reduce their budget by £215 million come March, and even with new personnel will be operating with 1,469 fewer officers than in 2010.

By 2021, Chief Constable Ian Hopkins expects to have fewer officers than back in 1975.

Withington MP Jeff Smith sympathised with the difficulty of investment in policing falling alongside a spike in break-ins and thefts. Smith said: ”I think the police have the right approach, but because of the numbers they are struggling to keep up. It’s a problem we need to address forcewide and nationwide. Very often it’s an issue of police numbers.”

As a result of GMP struggling to reach and investigate every incident of criminal activity across Greater Manchester, citizens are increasingly looking to other courses of action to assure their protection.

An unnamed second year student commented: ”I think when the police take hours, even days to show up to take fingerprints the break in becomes a bit of a burden to students, especially when they’re almost sure nothing will come out of the investigation.

“When students experience break-ins or muggings they tend to use FSG to warn others and to also get the word out to people to keep an eye out for their missing possessions, something GMP do not have the power to do. The lack of security in south Manchester is pretty bad and I do think it is the job of GMP to sort this out sooner than later as it could possibly detour students from coming back.”

Despite this, GMP warned against the idea, and similar initiatives.

Speaking on behalf of GMP, Chief Inspector Fahar Zaman stressed that whilst the police ”recognise that people are keen to assist in keeping their communities safe”, members of the public also had to respect that the police ”cannot advocate people taking the law into their own hands.”

Zaman further stated that their main priority is “keeping the public safe and we would urge people not to put themselves in unnecessary danger.”

It was therefore argued that Fallowfield residents should “refrain from engaging in any community action groups,” whilst the police worked on a comprehensive proposal.

GMP explained that there were plans to use ”student volunteers alongside our own officers” in order to ”work closer with the community.”

The integration of ”intelligence-led community policing” was an idea of interest to the police, as long as it was subjected to the ”appropriate safeguarding controls.”

The statement also included details of GMP’s current “StudentSafe” operations in the area, detailing that frequent patrols in crime hotspots were already in place. Suspicious behaviour or activity can be reported to a neighbourhood officer, with the police also contactable through the LiveChat function on their website or by dialling 101. Emergency cases can be reported by calling 999.