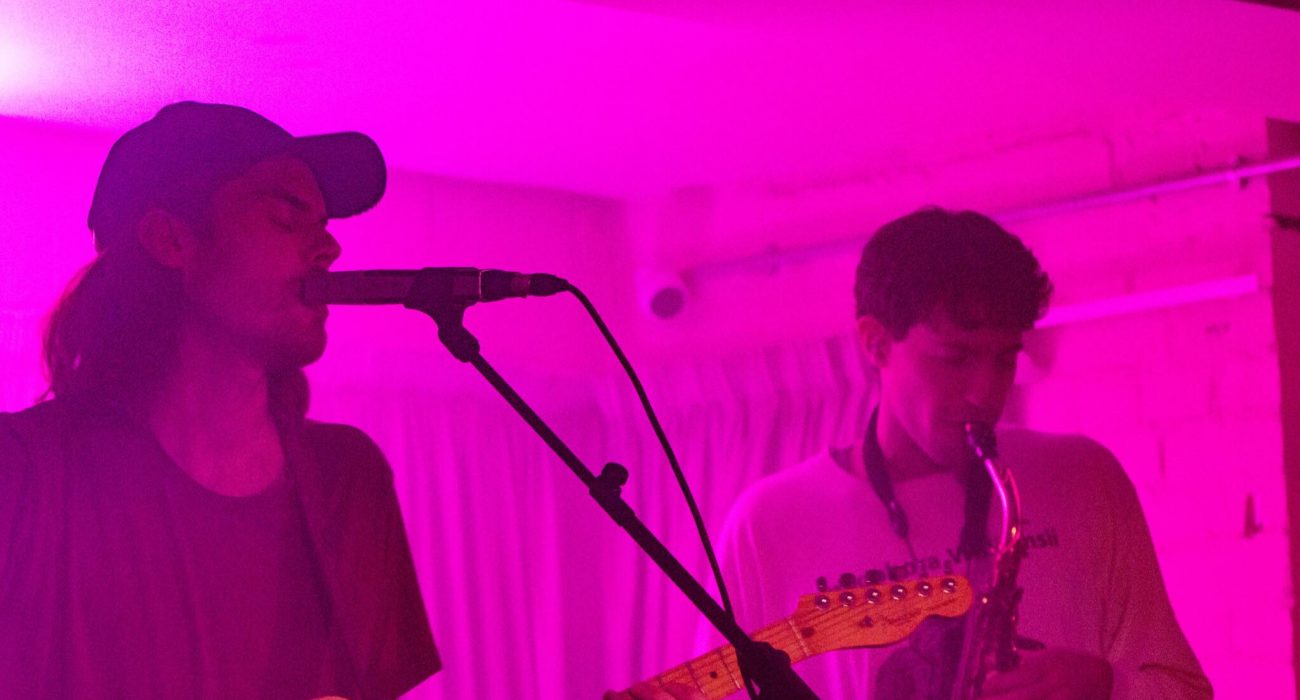 Wild Nothing kicked off their European tour with an intimate performance at YES this last Monday. The show was sold out, with many fans eager to hear old favourites as well as frontman Jack Tatum’s new material off their most recent album Indigo, released in August 2018. With the warm hue of the aptly named “Pink Room” enshrouding the band, they launched into performance, with soft jangling guitar riffs intertwining with each other as the synthesiser laid out the soft and welcoming soundscapes so many of Wild Nothing’s tracks possess. There was a dynamism to the set, as Matt Kallman (also a member of Real Estate) would swap from keys onto the saxophone, and it must be said the band sounded beautiful and faithful to their original recordings — precise and focused.

Wild Nothing’s most recent album Indigo saw an expansion in the sound of the project, but this expansion didn’t exactly translate to their live show. With the exception of a couple of instances where the mixing would drown out the keys or the saxophone, the band looked and sounded exactly like you might have expected just about any indie/dream pop band in 2019 to look and sound. They were unassuming and direct, qualities which are not inherently negative given the music they were playing was similarly quite straightforward. Simply put — the band delivered as promised. The setlist was largely comprised of the bands newer music, which left me a little disappointed as I had hoped to hear some of their older tunes, but nonetheless, the new songs sounded great and coherent meshed in with the band’s previous work.

The overall composition of the performance rarely changed — not necessarily a bad thing, but combined with the unchanging light setup in the room the action on stage seemed extremely monotonous despite the ways in which individual songs would sound. Alongside this, there was evidence of a certain level of rust amongst the band, with Tatum forgetting the lyrics to one of the songs, and it was as if the band were very much playing things safe, providing the bare minimum for their performance visuals. Given the minimalist nature of the music, one can’t exactly complain about a lack of over the top guitar solos or impromptu breakdances, but the end result was that the concert was an overall very simple one, with little to no interaction with the crowd which felt odd in such an intimate venue.

Overall, given the nature of the band’s music as being laid back, I hesitate to criticise them too much over things such as the lower energy level. Whilst the gig didn’t blow me away, it was truthful to the essence of the band, and perhaps the biggest excitement was hearing all the new tracks performed live. It was intimate, with highlights including moments such as the aforementioned where Tatum forgot his lyrics, and voices rose up from around the crowd, filling in for him. For long term fans of the project, there would not have been many complaints.

Wild Nothing will play a select few more dates in the UK before embarking on a European and then Asian tour and are worth catching for fans.