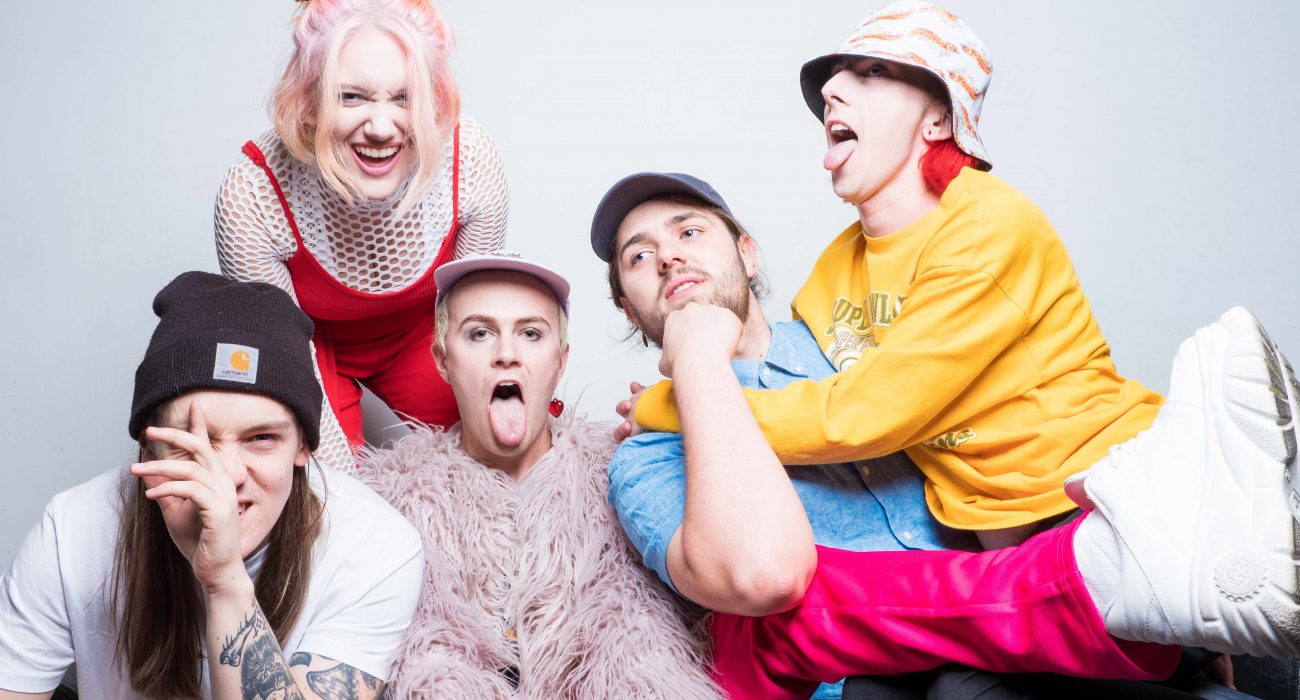 In Conversation with Queen Zee

Bursting out of the Liverpool scene, glam punk quintet Queen Zee are the antidote to apathy that music desperately needs. Sharing a message of togetherness, humanity and being unapologetically authentic to the sound of explosive, grungy guitars, the band bring fiery passion to everything they do. Zene Davine, vocalist, talks politics, being a transwoman and the release of their self-titled debut album.

Released 8th February, Queen Zee’s debut album has been a long time coming. Davine calls it a relief to finally be sharing it, saying “it feels good as a band to be putting out your statement.” She mentions the validation a debut album gives them as a band, “you’re not really taken seriously as a band… until your first album’s out.”

The album is set to deliver exactly what Queen Zee do best, loud, riotous, yet introspective, rock that is sure to keep you moving, singing, and thinking. Despite the weight of album number one being lifted, the band are keen to dive into new music. “I’m looking forward to the next record”, Davine says, “It’s kind of great to move on from the material.” But there’s no rest for the wicked; with new songs being demoed as we speak it’s clear the band are taking no time off in the wake of their debut.

Queen Zee make music that is undeniably energetic, whole-hearted fun while opening an important dialogue about trans and LGBT+ rights. Davine mentions that although their identity within the LGBT+ community has shaped the band, they don’t want that to limit themselves and the audiences they play to. “Playing Reading and Leeds I can go and preach to the audience where maybe 50% of them agree with me and 50% don’t,” and it is opening such dialogue that Queen Zee is all about. Davine talks about playing major festivals, “being invited to play there as a trans person is an absolute minority,” and the necessity of her “invading those spaces… and normalising who I am.”

Although the band are arguably political in nature, Davine takes the stance that because of the current “bizarre political climate” the writing of the band is politicised due to trans and LGBT+ politics being at their forefront. She describes the songwriting process as free-writing — “if you manage to capture it in half an hour then you’ve really captured it” — and says that although their song ‘Boy’ is often called political it’s just herself talking about a personal experience. “In an ideal world, it would just be an experience I’ve gone through,” Davine muses, eloquently raising the point that musicians who have a voice outside of what is considered the norm are often politicised in a way those within the majority are not. Queen Zee provide an essential voice in normalising trans and LGBT+ voices at a time where politics are “on the table for everyone to debate.” Davine adds that “my nature and my existence has become debated.”

Not only are the band unique in their poignant lyricism and their scruffy, boot-stomping riffs but in the DIY method that is behind everything they do. “It was almost DIY at the start out of necessity,” the band don’t have any major label backing, starting their own label Sasstone Records, and had no external funding. Despite this, they weren’t prepared to “sit around and wait for someone to do it.” It is this ethos that sets the band apart and allows pure passion to shine through the cracks of their punk imperfections. Davine points out the “rough around the edges” nature of the album, citing it as “energy and passion rather than just perfection.” This mentality has provided a vital learning curve for the band, getting them from a point where “neither of us could really play our instruments” to producing their debut, running their own record label, and creating their own artwork that is reminiscent of a 90s punk zine.

Charming all those who listen with their brutal honesty and tongue in cheek humour, the band have amassed a cult-like following. Fans have twitter competitions comparing the number of gigs they have attended, some upwards of 20 only two years after the band’s initial entrance onto the scene, with Davine adding “they recognise the same faces in the audience quite a lot of the time.” And the impressiveness of their devoted fanbase does not stop there, with the band receiving acclaim from the likes of Iggy Pop saying “they rock like crazy.”

2019 is set to be a record year for the quintet, with a headline tour, the release of their debut album, and “more touring, more shows, and more festivals to announce.” Things are only looking up for the band that is set to dance, kick, and rock their way into your hearts.

Be sure to catch Queen Zee this weekend (23rd Feb) at the YES basement. Tickets here: https://www.seetickets.com/event/queen-zee/yes-the-basement-/1283701