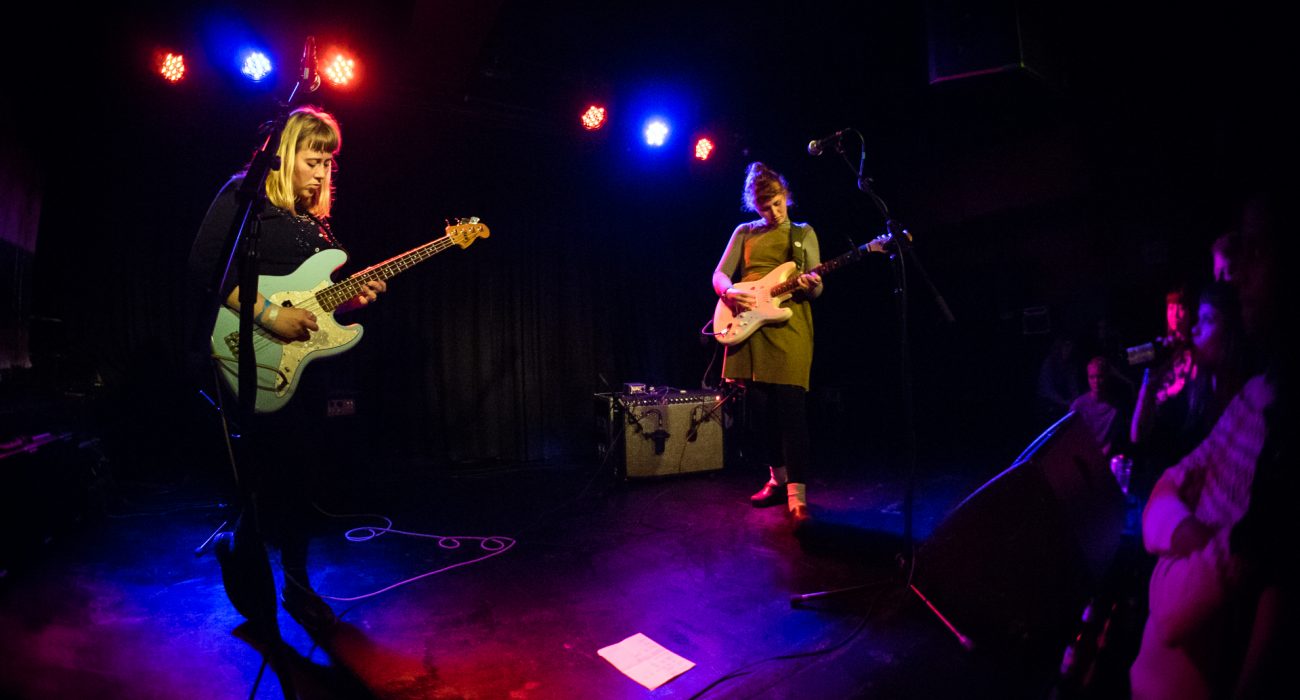 Album Review: What Chaos Is Imaginary by Girlpool

After releasing their excellent debut album, Before The World Was Big almost4 years ago, followed by their affirming folk-punk status sophomore album Powerplant, Girlpool are back with their highly anticipated third record, What Chaos Is Imaginary.

It is clear that the L.A duo’s third album has allowed Cleo Tucker and Harmony Tividad to continue to expand their sound to the points of sounding a bit rougher around the edges and, in parts, unrecognisable to their previous material. It is an album which tangles together experiments in dream pop and shoegaze with unadventurous indie-rock fillers, resulting in a patchy but often compelling listen.

Their debut, Before the World Was Big was defined by simple guitar riffs and the intertwined voices of Tucker and Tividad. A collection of small songs which seemed infinitely large. It was a sound conceived whilst they were both in high school, reflecting on the growing pains and angst intrinsic to that time. It would be counterproductive to hold them to this specific sound, yet on Chaos, it’s difficult to shake the feeling that they’ve lost some kind of connection which previously made their songs so distinct and personal. For example, ‘Minute in Your Mind’ sounds more like a leftover Beach House demo than a true Girlpool song. The organs, drums, and guitar are eerily similar, yet feel oddly two-dimensional compared to a real Beach House track.

That’s not to say their experiments with new sounds and textures don’t pay off at times, as there are plenty of interesting and atmospheric moments on this album. ‘Chemical Freeze’ is warped by a rasping and jittery drum pattern, and on ‘Where You Sink’, Tividad’s voice is engulfed in a fog of guitar distortion, a gorgeous shoegaze tinted piece, an inspiration felt strongly on closing track ‘Roses’ too. Their lyrics now paint more abstract, fuzzy images as well: “drink up the spare change/ mute that golden drone” Tividad sings on ‘Stale Device’. However, as a complete album, it seemingly falls short from Girlpool’s identity.

Girlpool are clearly keen to evolve. Tucker’s newly lowered register due to hormone therapy undoubtedly plays a part in this as it has perhaps altered the dynamic of the band, now clearly consisting of two distinct voices. It gives new depths to the songs where they sing together such as on ‘Chemical Freeze’, yet too often the track list is split into separate Tucker or Tividad songs. A handful of these such as ‘Hire’, ‘Pretty’, and ‘Lucky Joke’ ultimately feel uninspired and weigh down the album, rather than blending together to create a smoother outcome.

Perhaps Tividad and Tucker might not feel as intertwined as songwriters anymore, both growing into artists in their own respects. Tellingly, a few of these tracks have been previously released as solo songs. ‘Stale Device’, ‘Lucky Joke’, and ‘Josephs Dad’ first appeared on Tividad’s Bandcamp release Love Is Rare about a year ago and Tucker has also recorded under their own name. Hence, Chaos at times feels patchy and less coherent as an album — as if Girlpool are trying to find their feet – but ultimately it reflects their continued growth both as individual artists and as a band.