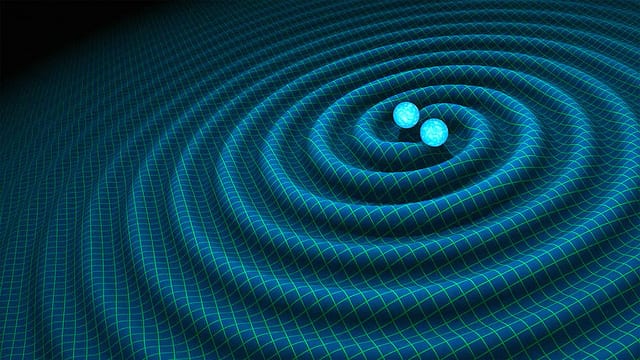 After over a year, the search for gravitational waves is about to begin once again. The Laser Interferometer Gravitational-Wave Observatory (LIGO) has been running upgrades since August 2017, and is in its final stages of testing before commencing its third observing run.

LIGO was responsible for the historical detection of gravitational waves in 2015. Gravitational waves are ripples in space-time, emanating from objects moving through space in just the right way, like two objects that orbit each other.

Much like two boats on a lake moving in circles, the orbiting bodies can send out waves to the edges of the water. In this analogy, the ‘flat’ lake is the fabric of space-time, which is flexible. It stretches and warps as things move through it. If you disturb this fabric with something catastrophic, say two orbiting black holes or two supernovae, gravitational waves will be sent out through the universe.

Gravitational waves were predicted by Einstein in 1915, but we have lacked the ability to observe them until recently. LIGO sends a split laser beam down 4km vacuum tubes. The beams bounce off incredibly precise mirrors 400 times before they’re superimposed onto each other with extreme accuracy, causing destructive interference. If a gravitational wave passes through Earth then the path length for a laser in one direction lengthens, while the other shortens, and a signal or ‘chirp’ will be recognised by the researchers in the observatories.

In February 2015, LIGO announced that it had made its first detection, the merging of two orbiting black holes. After this detection, LIGO ran for three and half months and observed another gravitational wave event. In January 2016, it was switched off and underwent upgrades until November 2016 to achieve greater sensitivity and reduce noise. In its second run, it observed neutron star events – resulting in 84 scientific papers being published.

Now, after a year of upgrades LIGO is nearly ready for its third observational run. Ultimately the goal of each LIGO upgrade period is to increase the detectors’ sensitivity, to increase the range at which we can detect gravitational waves and the frequency of them. We reached out to David Shoemaker, a senior MIT research scientist and spokesperson of the LIGO Scientific Collaboration, for some details about the upgrades. Over the last year, the mirrors of the interferometers have been replaced with those that have better reflective coatings.

Shoemaker said: “We have several different colours of light in the detectors: a near-infrared beam, very powerful, to enable the detection; but also a weaker green light used to help obtain the initial operating lengths of the detector (bringing optical cavities into resonance). These new mirrors have better reflectivity for the green. They also have less ripple on the surface. The result is a better use of the light we inject.”

In addition, the power of the lasers has been increased with new amplifiers, allowing for better resolution. “The more photons per second (i.e., light intensity) we have, the more precisely we can say how much light is falling on our light detector and the better resolution we have for changes in that rate that might be due to a passing gravitational wave.”

As well as this, the interferometers use ‘squeezed light’ to improve sensitivity. The lasers are fired through a crystal that adjusts the rate of the photon flow so they are spaced out more evenly. This translates to a more complete wave pattern on the interferometer, an improvement to an uneven picture resultant from the inherent variability of photons. The detectors also have new panels to ensure no stray light leaks into the system.

However, the hunt for gravitational waves is a global one, and LIGO is not the only observatory upgrading. VIRGO, Italy’s partner observatory is undergoing its own upgrades, and when VIRGO and LIGO are both online researchers hope to detect mergers ten times more frequently each year. Japan’s Kamioka Gravitational Wave Detector (KAGRA), a unique underground and supercooled detector, is due to open late 2019. Furthermore, India is working on IndIGO, a $177 million observatory expected to be complete in 2024, which will further improve accuracy.