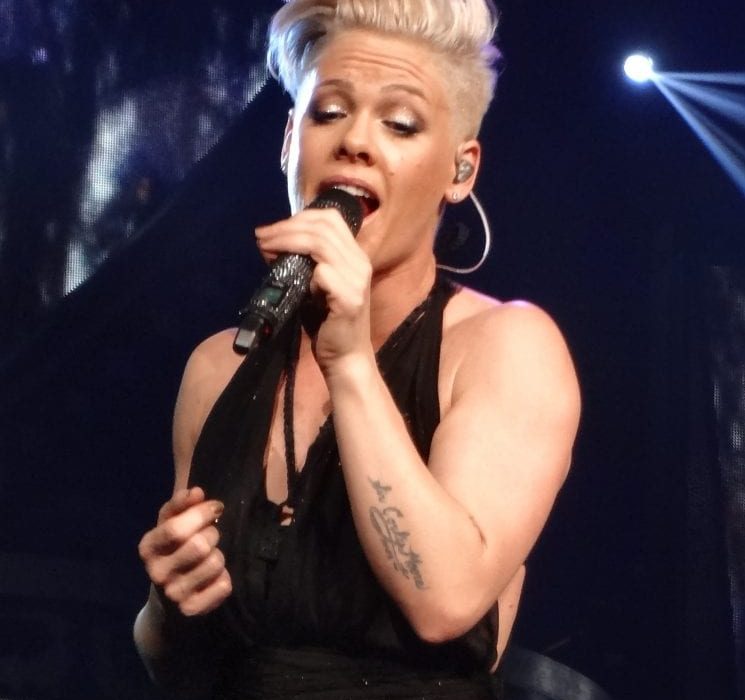 Just Give Me a Reason: Why is Pink worthy of her BRIT award?

The annual BRIT Awards are back next week live from London’s O2 Arena. The show, taking place on the 20th February, will be broadcast from 8pm on ITV.

The fundamental aim of The BRITs is to recognise and celebrate all the fantastic music made by British artists, and their contribution to the global music industry. So it does seem slightly strange that the winner of the Outstanding Contribution to Music Award is an American and as manufactured as pop singers get. Pink is only the second international artist to receive this award, after U2 won it in 2001. I don’t necessarily agree with international artists winning this award. However, I would argue U2 are far more relevant and have been far more influential to the global music industry than Pink.

According to the BRIT Chairman Jason Iley, in a statement made about this award, Pink is “truly one of the greatest artists of our time”. This is a statement that truly does confuse me. I don’t remember the last time Pink did anything significant in the music industry. Maybe I’m not paying enough attention, but I don’t think Pink is at all relevant to the music industry as it stands today, and I especially don’t think she’s one of the “greatest artists of all time.”

In order to try and find some understanding in this seemingly paradoxical world where Pink is being recognised as a musical genius, I turned to the BBC who recently published an article titled ‘Pink: 7 reasons she deserves her BRIT Award for outstanding achievement’. However, this article offered no solace. According to the BBC, Pink deserves the award because she never mimes when she sings on stage. If someone who is paid to be a singer is being congratulated on not miming when she sings, then should we congratulate the actors who don’t mime their monologues or surgeons who don’t pretend to operate? The answer is no. This is her job, and what she is ridiculously overpaid to do. This is not an outstanding achievement.

Another reason, according to the BBC, why Pink is worthy of the award is because she has “an impressive collection of hits”. I think this is clutching at straws. Hannah Montana had a lot of hits but I don’t see her receiving an award for contributing outstandingly to music, although perhaps Hannah Montana would have made a better recipient than Pink. If you look at the stats, the Hannah Montana soundtrack released in 2006 sold 3.74 million copies in the US alone. Pink’s most recent album, released in 2017, sold 1.8 million worldwide, with only 627,000 of them being sold in the US. That means that Hannah Montana, a fictional Disney Channel character played by a 14-year-old girl, managed to outsell Pink’s record almost six times over in the US alone.

Maybe I have it completely wrong, and Pink has done something miraculous or maybe I just haven’t listened to enough of her ear-bleeding artificial pop songs. Perhaps there’s a more political motivation behind the award. Whatever the reason is, I think Pink is undeserving of the Outstanding Contribution to Music Award.

I, for one, will be changing channels as soon as Pink takes the stage next Wednesday.