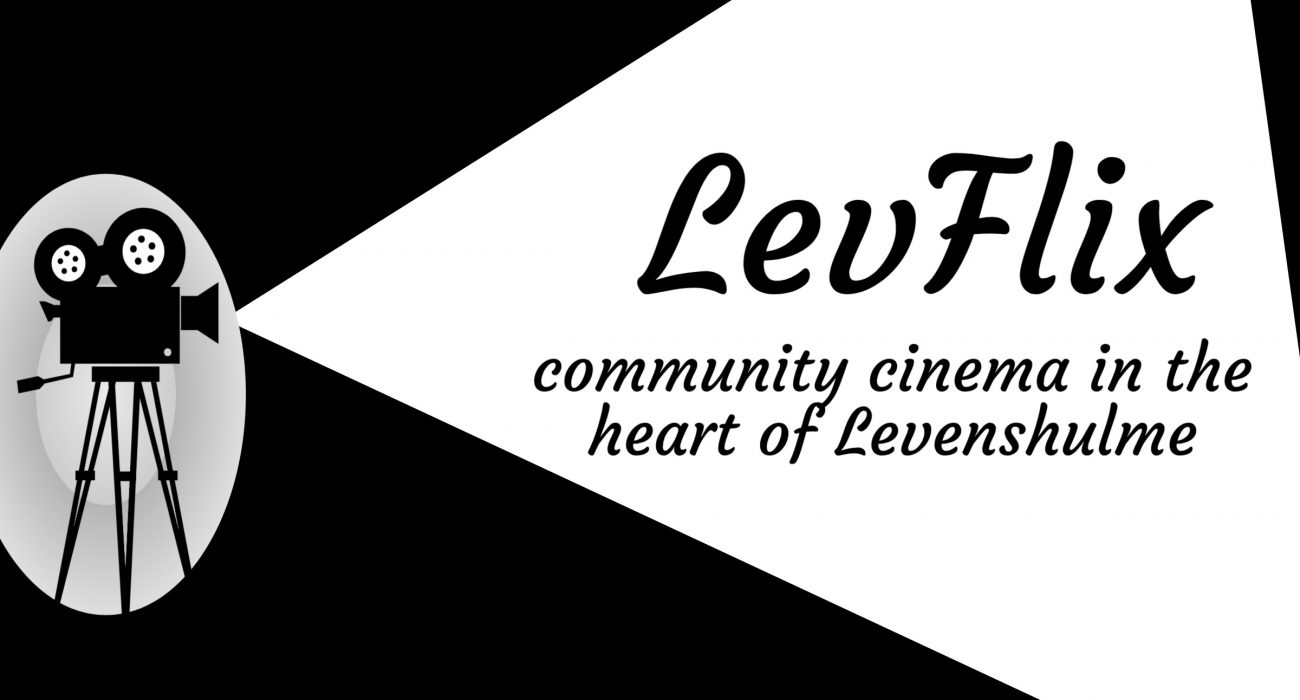 LevFlix: A community cinema at the heart of Levenshulme

Over cups of tea, I had the opportunity to chat to Zoe who volunteers at LevFlix, which is a local cinema organisation. LevFlix was created after the re-opening of The Levenshulme Old Library in 2018, and hosts screenings with the community at the heart of it’s founding, organisation, and continued success.

Whilst talking to Zoe it was clear there is a wonderful collaboration between the the community and those involved with LevFlix. Levflix is a not-for-profit organisation run by a team of volunteers to provide accessible and engaging film screenings at The Levenshulme Old Library. As the name would suggest, this was a library that opened in 1905 before, sadly, being closed in 2016. This would not have been possible without continued support from locals who in 2013 occupied the library and refused to leave in order to prevent it’s closure, along with demonstrations that were held outside the Town Hall.

Despite this success, the library building remained unused for some years but with continued pressure and support from the public the building was re-opened and re-purposed in 2018 as an Arts, Community and Cultural Centre.

The long-awaited opening of the community centre was successful and Zoe fondly remembered visitors coming in saying “I remember when it was full of books!” Although no longer kitted out with bookshelves, thankfully it is still filled with something that provides invaluable resources to the community.

One of these resources born from the reopening is Levlix and the importance of locals is evident from how these film screenings are organised. When I asked Zoe about their target audience her answer was simple, “anyone who’d like to” which is certainly possible through it’s pay-as-you-feel scheme. In addition to this, the volunteers created an online survey to find out film preferences audience members had so this could cater be catered for, something which is a unique possibility as a community cinema.

From these surveys the three most popular genres seemed to be international, independent, and documentary films. The next film certainly fulfills these, with Britain on Film: South Asian Britain being shown on Wednesday the 20th of February at 7pm. The film is collated archive footage of Britain’s South Asian communities from the 20th century.

The funds raised from these screenings have been used to subsidise matinee films for families during the school holidays. Events such as this can give parents invaluable support during school holidays and provide engaging experiences for children as alongside the screening were crafts supplies, biscuits, and fruit – all the requirements for a great afternoon.

Levflix is still a young organisation, created in 2018, and are looking for more volunteers including behind-the-scenes side of the organisation including social media outreach and support on the day of screenings like setting up.  To find out more about upcoming film screenings, or about getting involved with Levflix head to their Facebook page or website for more details and to find contact details.