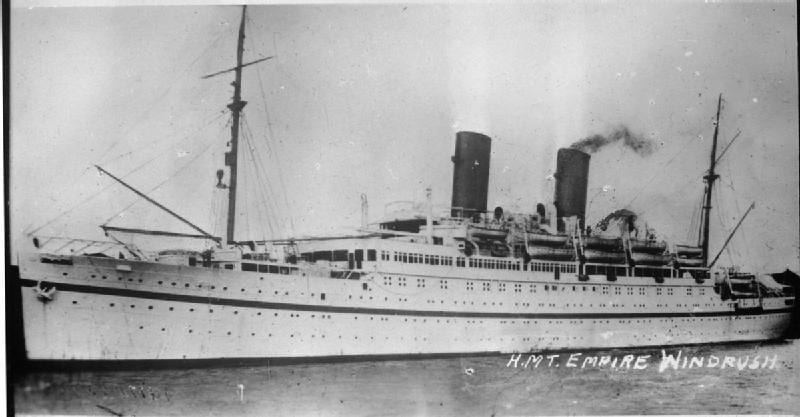 The first charter flight to Jamaica following the Windrush scandal departed on 6th February; whilst fifty people were due to be deported, five had their deportation delayed. Though many have been here since they were children, and given indefinite leave to remain, they had this right revoked after they were found guilty of a crime. The threat of deportation has hung over them since.

Father-of-three, Owen Haisley was one of those due to be deported. Haisley, a.k.a. MC Madrush is big on the Manchester music scene; he has performed at Warehouse Project and Parklife, as well as acting as a music mentor to young children. However, Haisley was told his deportation was delayed an hour before the day he was meant to board the plane, and he is still awaiting his fate.

The 45-year-old travelled here in 1977 on his mother’s passport, as was the case with many of the charter flight passengers. Living here since the age of four, he was granted indefinite leave to remain when he was eleven. However, following a domestic assault charge in 2015, this right was taken away. He has been appealing this ever since but was arrested when signing on to an immigration centre in Salford. He was detained and told that he was due to fly back to Jamaica, a country he has not been to for 41 years, “in the coming weeks.”

The passengers on what has been labelled the “convict flight” by Jamaican national newspaper, The Gleaner, have been described by the Home Office as “serious criminals” who have “abused the UK’s hospitality”. Whilst politicians such as Sajid Javid have labelled these passengers as such, it has been reported that some of the charges against these passengers include drug possession and drunken bar fights, and he has since been urged by Haisley and others to apologise for these extravagant claims.

The passengers have all served time for their crimes. This has led to Movement for Justice, an organisation that works with migrants, to call the deportations a “double punishment”, and Stephen Shaw, former prisoner ombudsmen, to call it “entirely disproportionate”. As Haisley told the Independent, “I did wrong — I deserved to be locked up for that. And I’ve done my sentence. I did all the rehabilitation classes, I did anger management, I did restorative justice. I used my time positively and reconstructively.”

The scandal brings up important questions about the fairness of the legal system and citizenship in Britain. As Haisley comments to the Independent, “I let myself down in a big way, but while offenders with a British passport can go to prison, repeat offend and get given chance after chance, I’ve not even got a second chance.” For a man who held British citizenship for so long, to be sent to a country which he has no ties, and nowhere to go as a punishment for a crime he has already served time for, seems grossly unfair.

Furthermore, when questioning the future of raising his two British children, Haisley was told he could keep in contact with his children via Skype. “How can you say that?” he commented to Manchester Evening News, “I’m worried for my boys. […] Problems happen when families get split up or fathers get taken away. Children are more likely to get in trouble.” He highlights the far-reaching effects these deportations have on families: tearing them apart and hugely affecting young children.

MP for Manchester Central, Lucy Powell, has said that the government would be making her constituent effectively “stateless” and asked why Javid could not use his discretion as he has done before in similar cases. MPs and the public have questioned the integrity and thoroughness of the deportations as the shambolic policy has already seen the resignation of former Home Secretary Amber Rudd MP, as well as many wrongful deportations and deaths. David Lammy MP, who has been extremely vocal on his disdain at the scandal, has accused the government of “pandering to the far-right”. He highlighted the 11 deaths of those who had been wrongly deported to the Caribbean, as well as the 36 British children who would be without a parent if this particular flight were to go ahead.

There has been mass outcry from Parliament, the Windrush generation and deportees themselves, helped along with protesting and petitions from the public (the petition to get Haisley to stay received over 100,000 signatures). This has urged the government to reconsider this policy, but not without exposing the deep wounds potent in current British society and government.