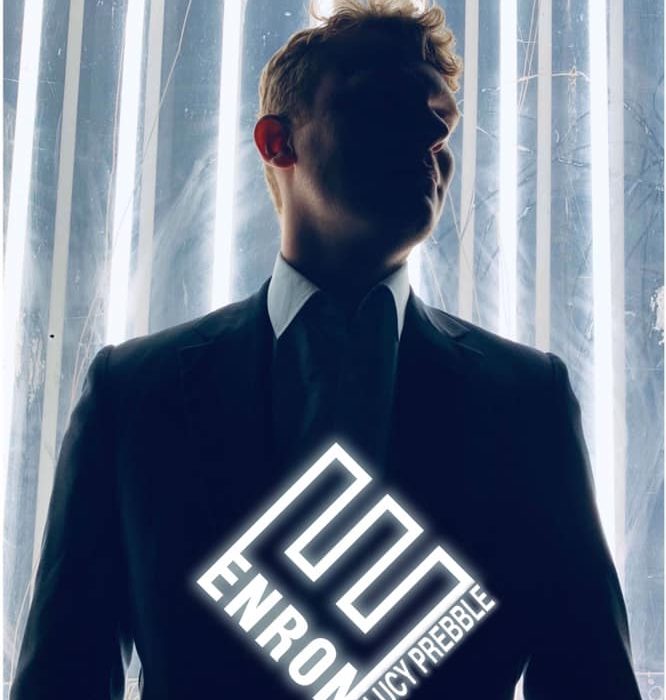 On the 31st December, 2001, the day of the biggest bankruptcy in UK history in which more than 29,000 people lost their jobs and what seemed like “America’s Most Innovative Company” (Fortune Magazine) appeared to be in no more than a billion of dollars debt, The University of Manchester Drama Society took on the ambitious task of entertaining the audience with the financial world and audit corruption case. To my surprise, it followed in the footsteps of films that have tackled this subject matter before – Martin Scorsese’s The Wolf of Wall Street and Adam McKay’s The Big Short – and the play did not disappoint.

This very enjoyable production tells the story of Enron, the corporation flourishing on a culture of greed, selfishness and competition. This is not a tale about corruption, but a drama of harmful behaviours and philosophies.

The ingenious script by Lucy Pebble depicts Enron’s history through the life of its CEO, Jeffrey Skilling. Charlie McRoberts was nothing short of excellent in this role. His portrayal of a human consumed by power and greed was highlighted by fascinating body language and acting. McRoberts captured the audience’s attention and emotions by portraying the journey of his character via reflections on the selfishness and gullibility of mankind.

Joe Llewllyn as Andy Fastow was another standout performance. Everything, from the body language and voice manipulation to the overall physical performance, made for a great portrayal of a cunning and conniving Head Of Finance. This comedic character was a fascinating and fresh contribution to the general gravity and weight of the play.

Flora Higgins, as Claudia Roe, gave an insightful performance of not only a powerful women, but a character who managed to keep kindness and humanity in the environment of avarice. The morality of her character was a delightful contribution against the background of corruption that informed the atmosphere of the play.

The ensemble of the play also deserves to be mentioned. Playing the crowd and other minor roles, they displayed a control of the tempo and emotions of the play: from fascination and the agreeability of public opinion to the anger of a mistreated crowd. The importance and the potency of the ensemble work is highlighted by the short but frenetic dance performance depicting the stock exchange market. Ten actors on the stage were able to create the chaos, as well as the feeling of greed of the whole Wall Street Office, not dissimilar to a scene in The Wolf of Wall Street. This highlighted the superlative directing of Jess Johnstone, whose impressive use of few actors and decorations still expressed the energetic and fluctuating emotions of the crowd.

Overall, it was a very enjoyable student society production filled with great talent. It left the audience not only entertained by the story of a major corporation’s downfall, but also with critical reflections on humanity’s true character.